By the time we arrive to Madrid, we are exhausted. Well mostly our feet are exhausted. So it is a little unfair to Madrid that we did not give it our full attention and a proper wander about. Instead, we slowly wandered around the city to a couple of the points we wanted to see mostly surrounding food.

We started at Mercado de San Miguel which is known for it's food -- and it turned out to just be a packed in place that was lined with food. There were so many things to choose from that we didn't really know where to start -- so we ended up with empanadas.  Smoked chorizo and roasted chicken. 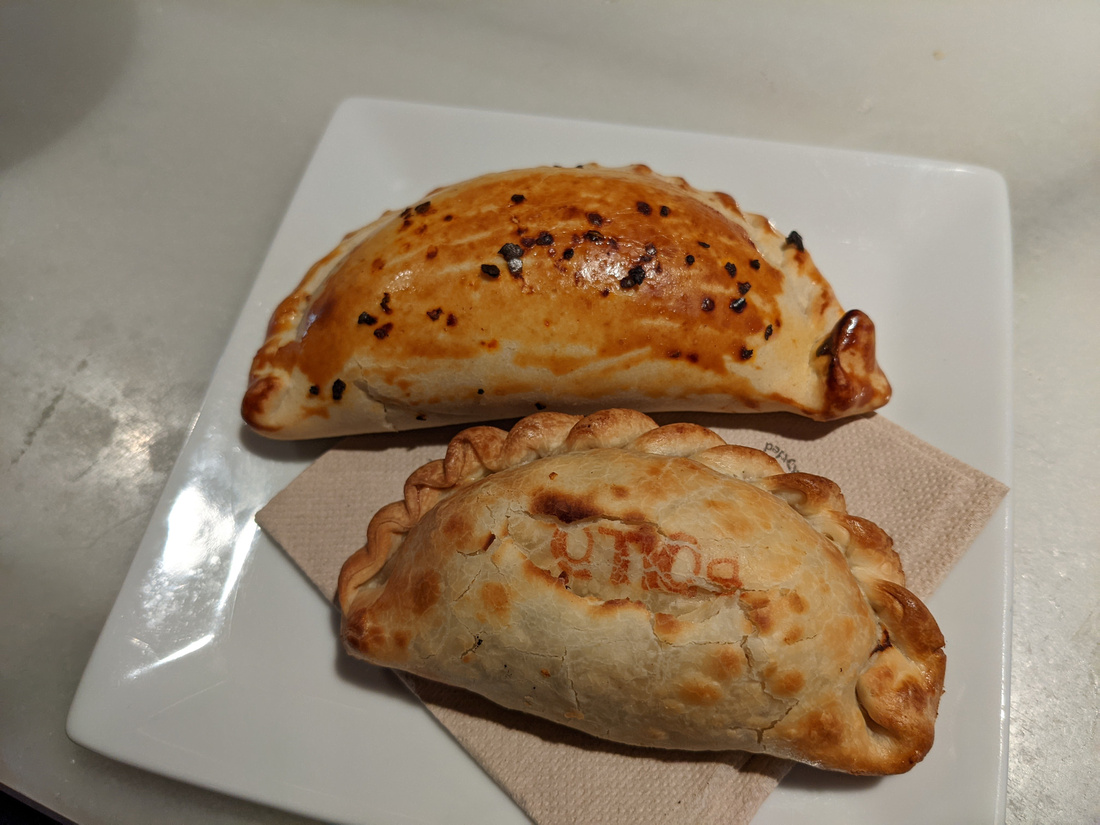 Next stop was the famous Chocolateria San Gines for churros and chocolate. Everywhere we read, this was the spot, so we had to check it out. And they weren't wrong. Nice thick chocolate just like they should be. 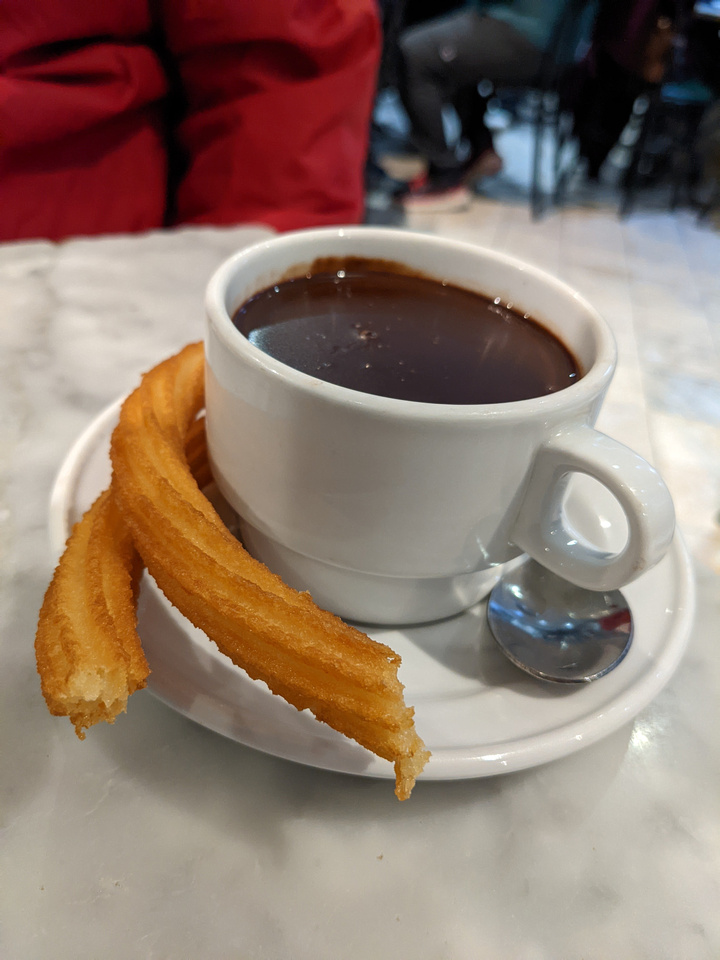 Now that we were stuffed with food, it was time to actually see some of Madrid. As we were talking towards the King and Queen's palace which is so beyond massive, there was a guy playing music in the square and I could have sat and listened to it forever.  Don't mind the video, but instead the background music.

As we passed the palace, we turned the corner to see the snow covered mountains. Neither of us really realised that Madrid had mountains so close, so that was a nice surprise. You can definitely tell why the Spanish royalty chose this spot to build, looking down into the city with the mountains in the background was really pretty.

We headed in the opposite direction to hit the metro to take us up to the Temple of Debod.  This is an Egyptian temple dating back to 2nd century BC which was gifted to the city of Madrid in the early 1900s and was opened to the public in the 70s after it was reconstructed brick by brick. They even made sure that it was built in the same direction, so the sun hits it the way it was intended. Sadly there was no water surrounding it as is supposed to have, but it was still pretty neat to see. 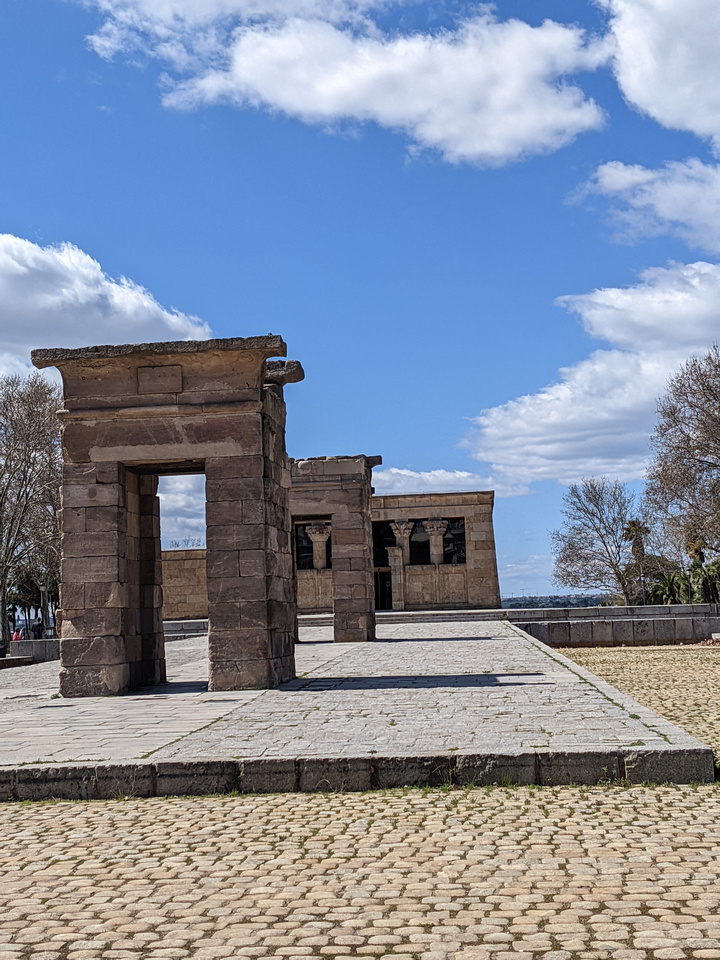 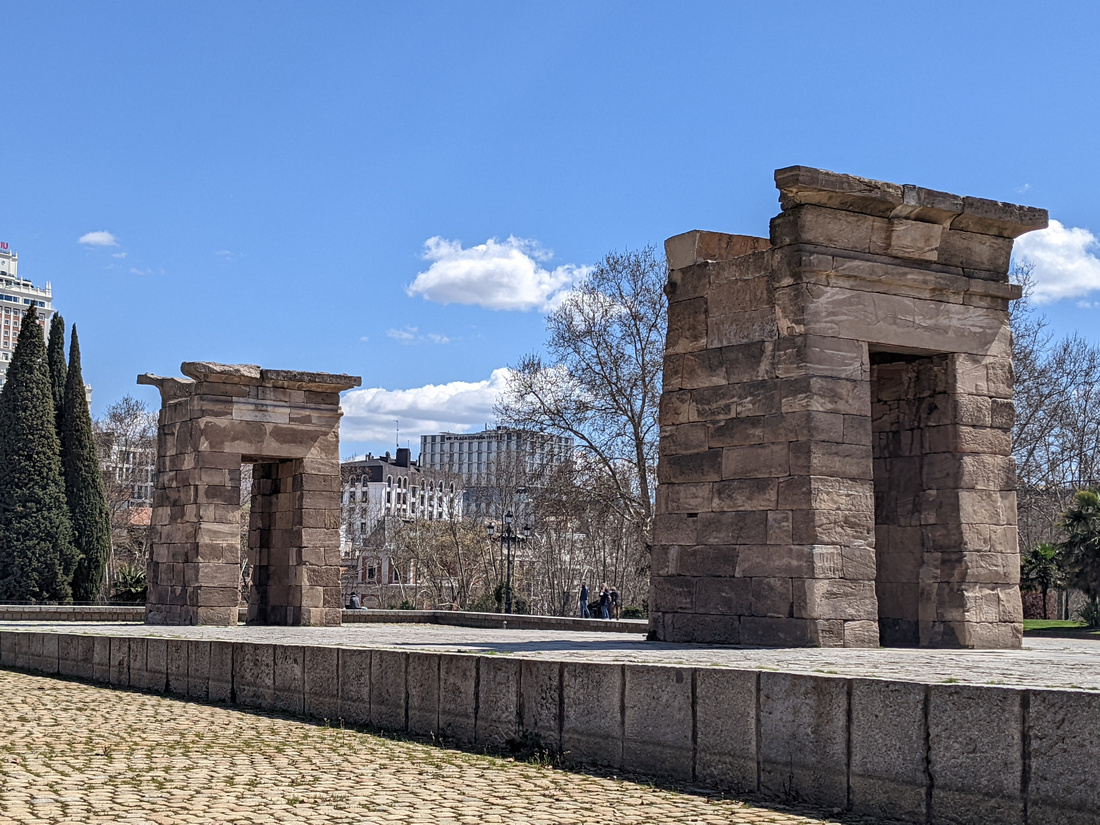 As it was about siesta time, we needed to grab some food before everything closed, and tapas were just what the doctor ordered. Well not my doctor since she thinks I need to watch what I eat, but that starts next week.  Soooo good. Patatas bravas are really the best. 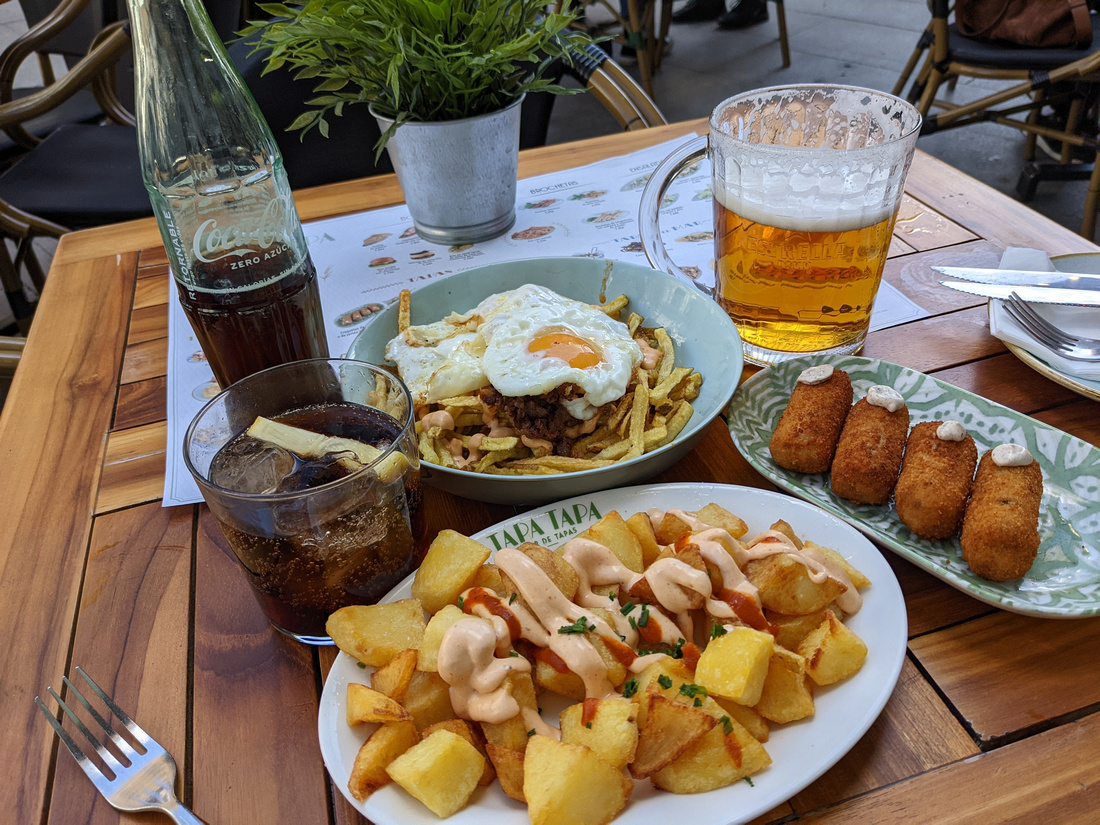 Instead of siesta-ing ourselves, we headed to the borough called Las Letras which is an area well known as an author's haven. Many of the greats spent time in and around the area, so there is a whole street dedicated to the authors with their quotes engraved in the sidewalk. Plus Miguel de Cervantes is one of them, so I had to search out all his things. He lived and ultimately died in Madrid -- the house was marked where we lived along this street as well. 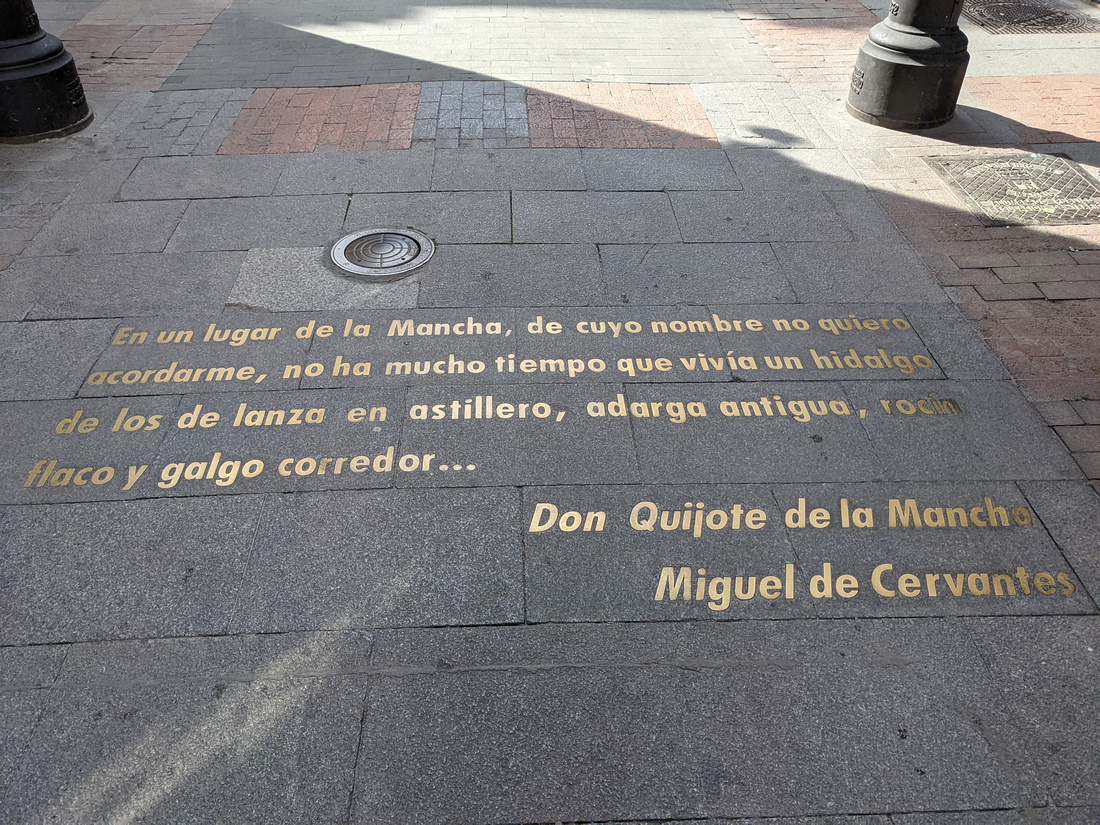 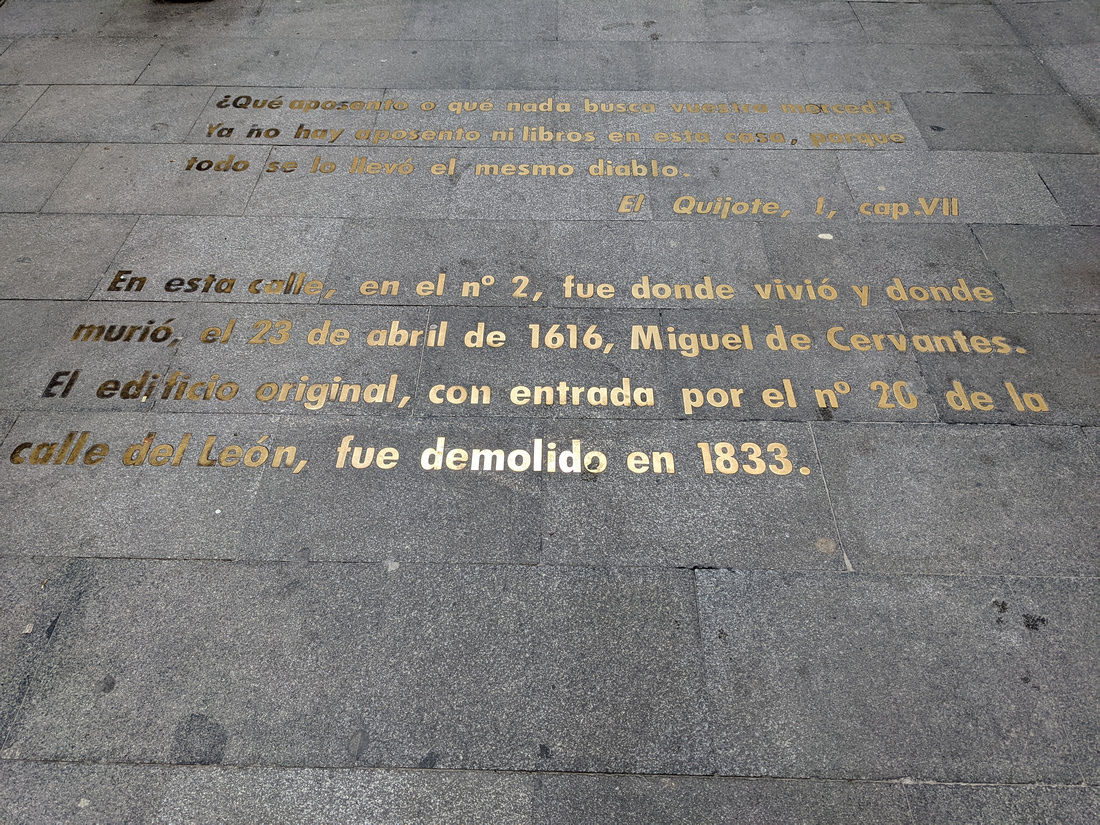 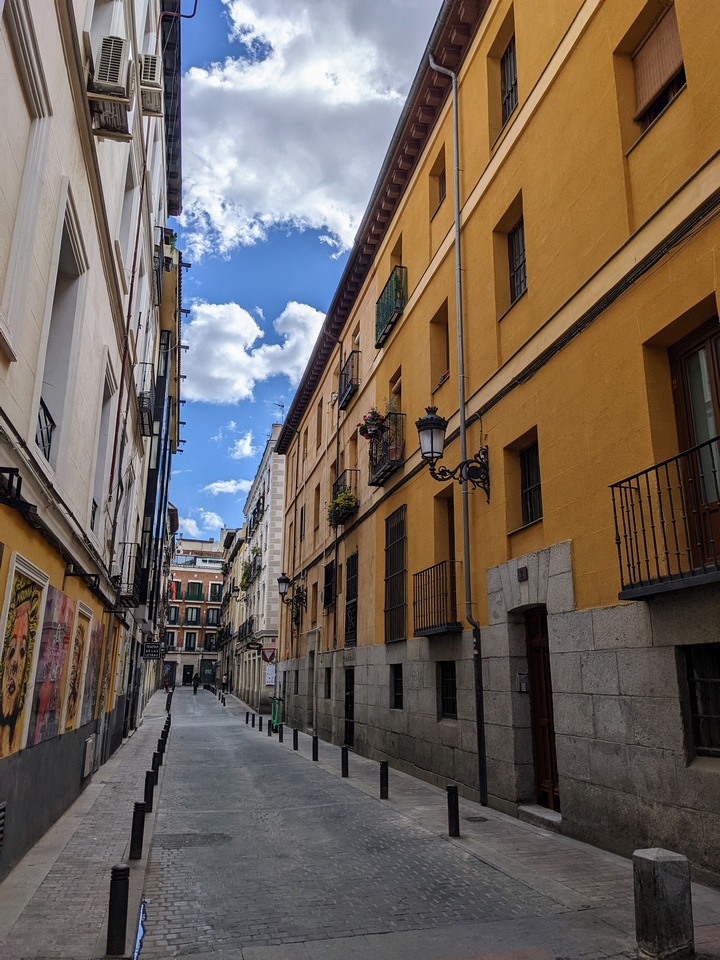 Now because we didn't siesta and we are really worn down, we ended up back at the hotel quite early where Mr Ennis decided to sleep and I am sitting here writing.

Tomorrow is our last full day in Spain and we have chosen to head north to visit Segovia rather than explore Madrid more. We both agree that Madrid is a really nice city -- one we would consider living in if we had the chance, as we are certain it would take more than two days here to fully enjoy all it's splendor. However for 'tourists', unless you want to walk through museums, there is not a list of things I would point you to that would be immediately recognisable.

We would definitely visit Madrid again -- maybe on a longer stint next time. 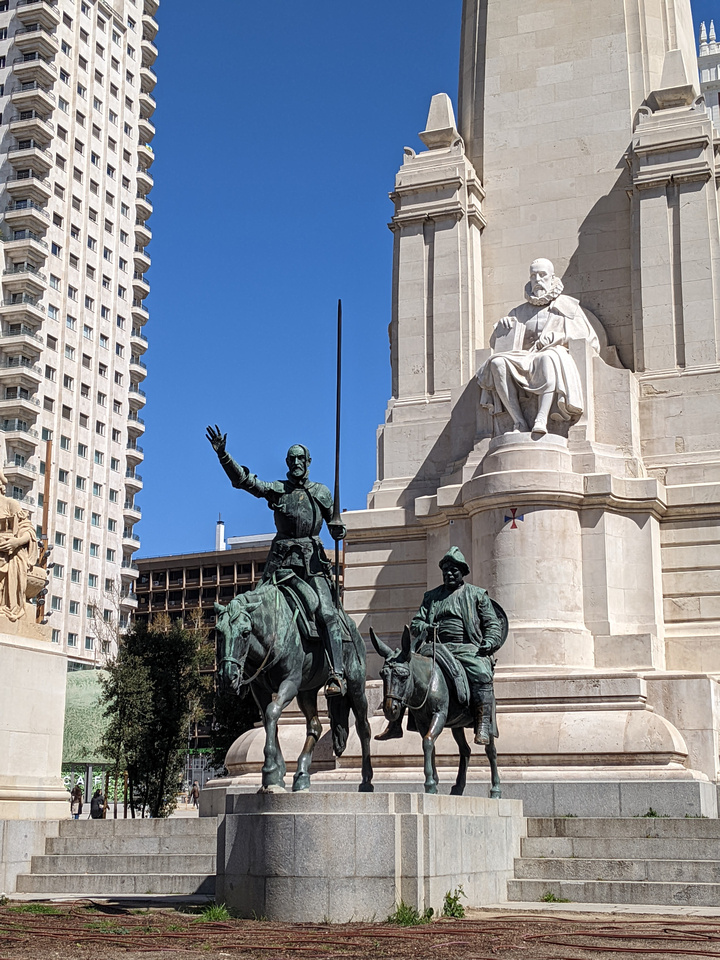 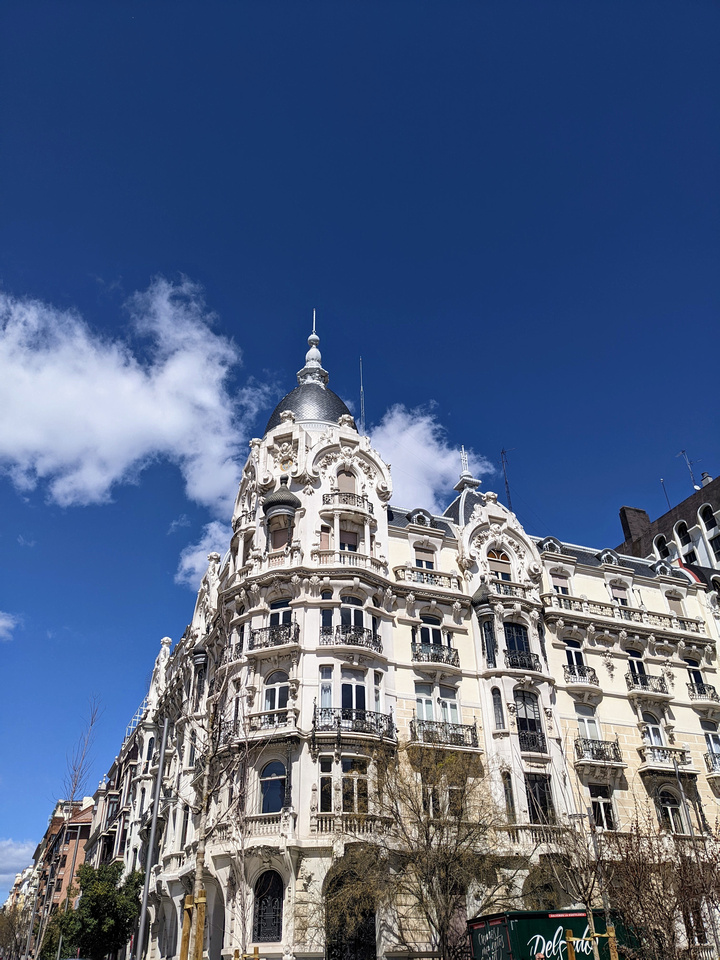 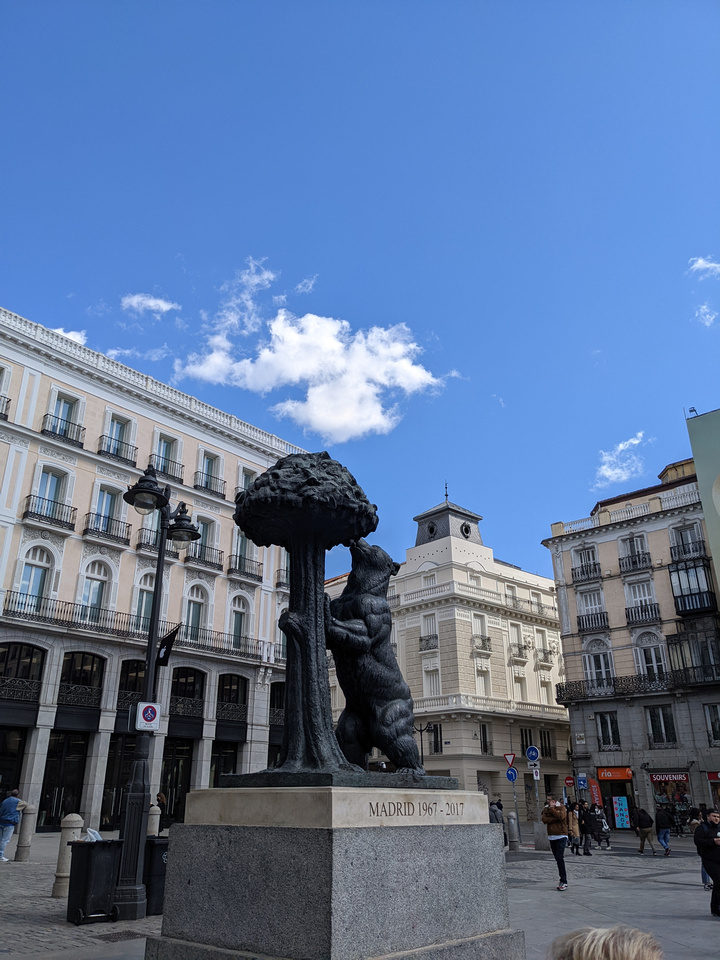