A three hour train journey and we have headed west to Toledo -- which is a town south of Madrid known for it's Alcazar (castle) and Cathedral to a typical tourist.  This town is often a quick day trip for people visiting Madrid, but in true Ennis fashion, that is not how we roll. We chose to stay in Toledo two nights instead of daytripping -- we have found in Europe that these types of towns deserve at least one overnight if not two to truly experience the area. Plus because most people day trip in that means that the mid morning to mid afternoon are really busy, but the early mornings and evenings are really dead. Giving us the perfect opportunity to wander the streets without dodging all the cameras and tour groups. 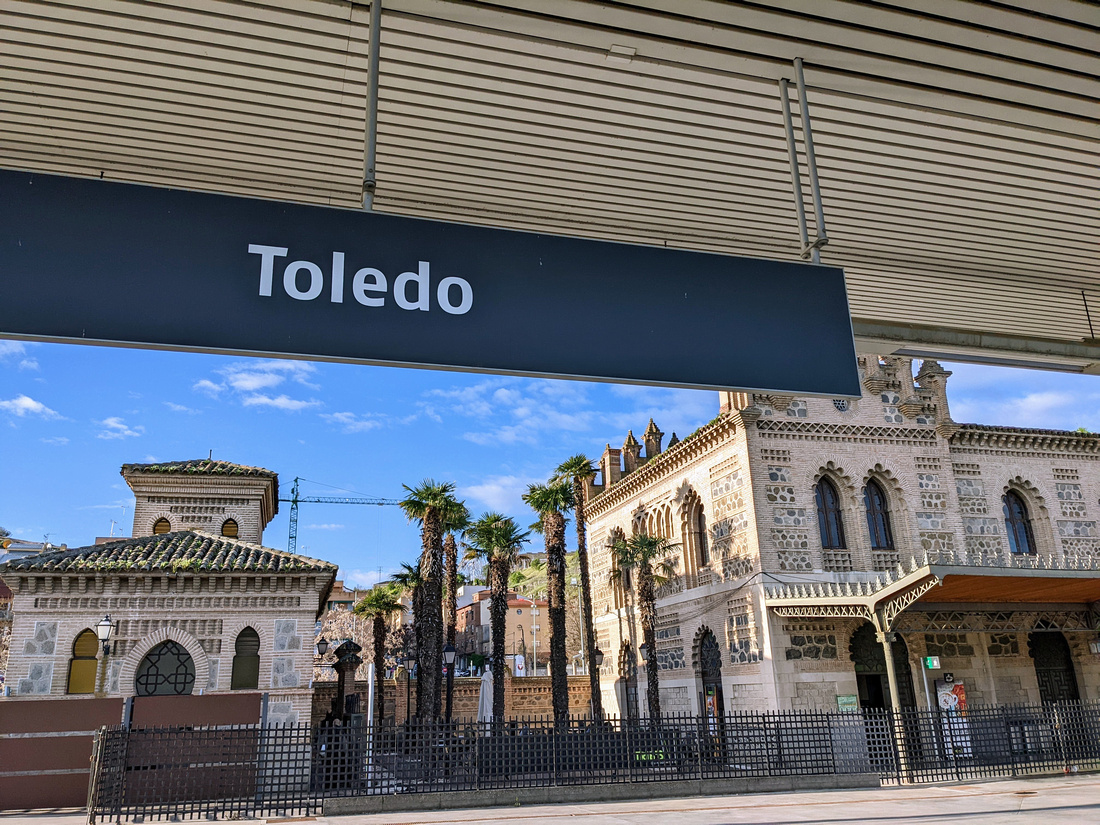 We are greeted by arriving at the very bottom of the hill which we then had to climb to get into the actual walled city.  Little traffic is allowed in probably for a variety of reasons including preserving the history, but also the roads are just ridiculously small. We decided to walk the 2.5km which doesn't seem like a lot except it was uphill the entire way (snowing with no shoes.... no really, it was definitely uphill).  It probably took us about an hour to get to our place, but we also dawdled a little bit taking in the views.  Including this one... 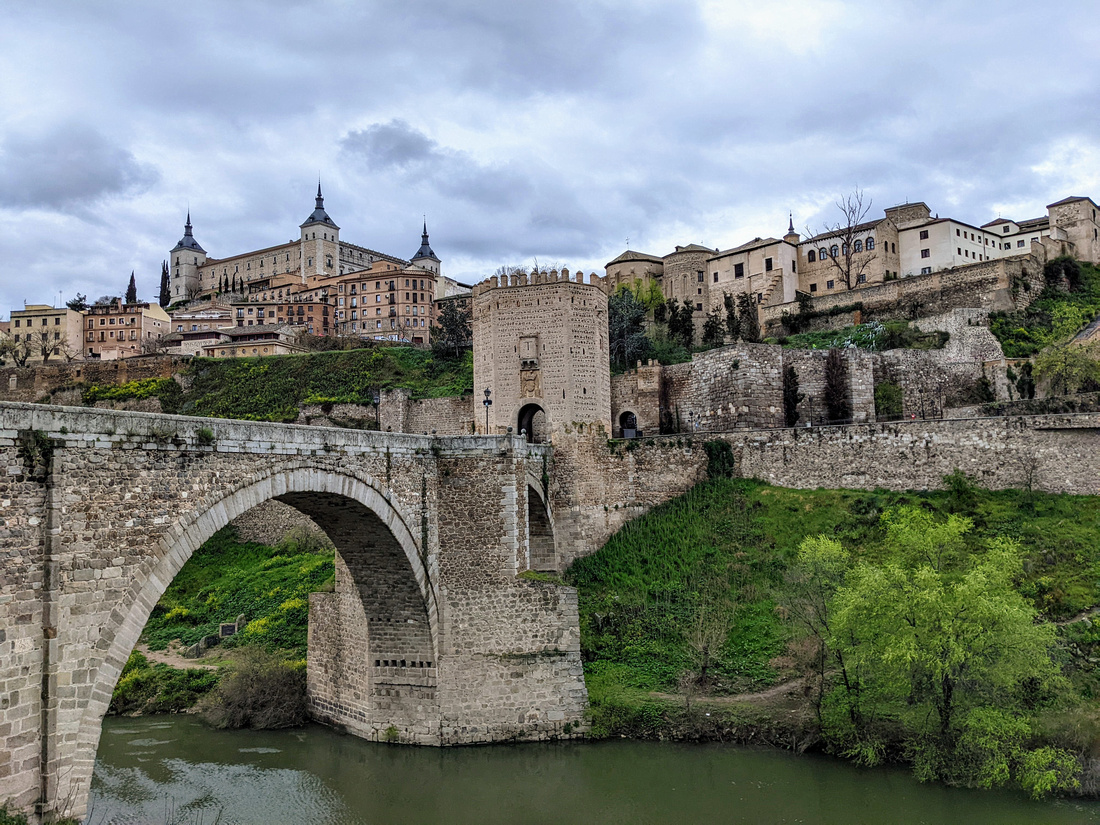 The region we have entered is called La Mancha and for my readers you will recognise that as the setting of the Miguel de Cervantes novel 'Don Quixote'.  As we were entering the square (finally made it up the hill!), we stumbled upon his statue. 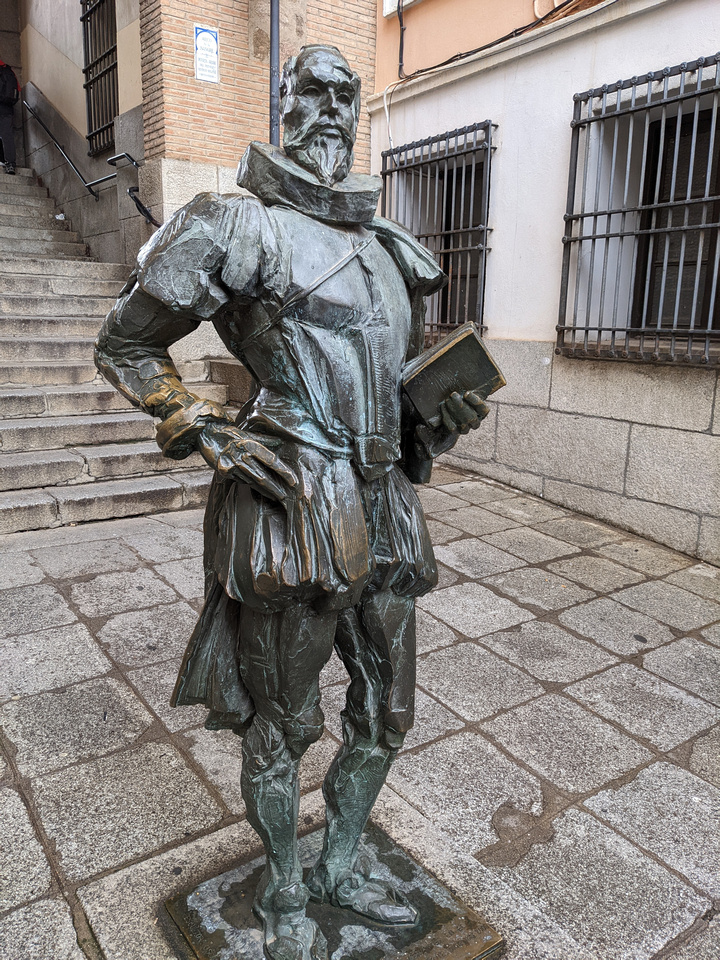 We had a bit more to go to get to Old Town which is also the Jewish Quarter - more about that later - so onward we went.  Checked into out airbnb which is very nice! If you are in Toledo, I'd love to connect you to it. With a really nice apartment set up and a washer, it was perfect for us. We tossed in a load of laundry and headed out to begin exploring. Lucky for us the day trippers have started to disappear, so we had much of the town to ourselves. 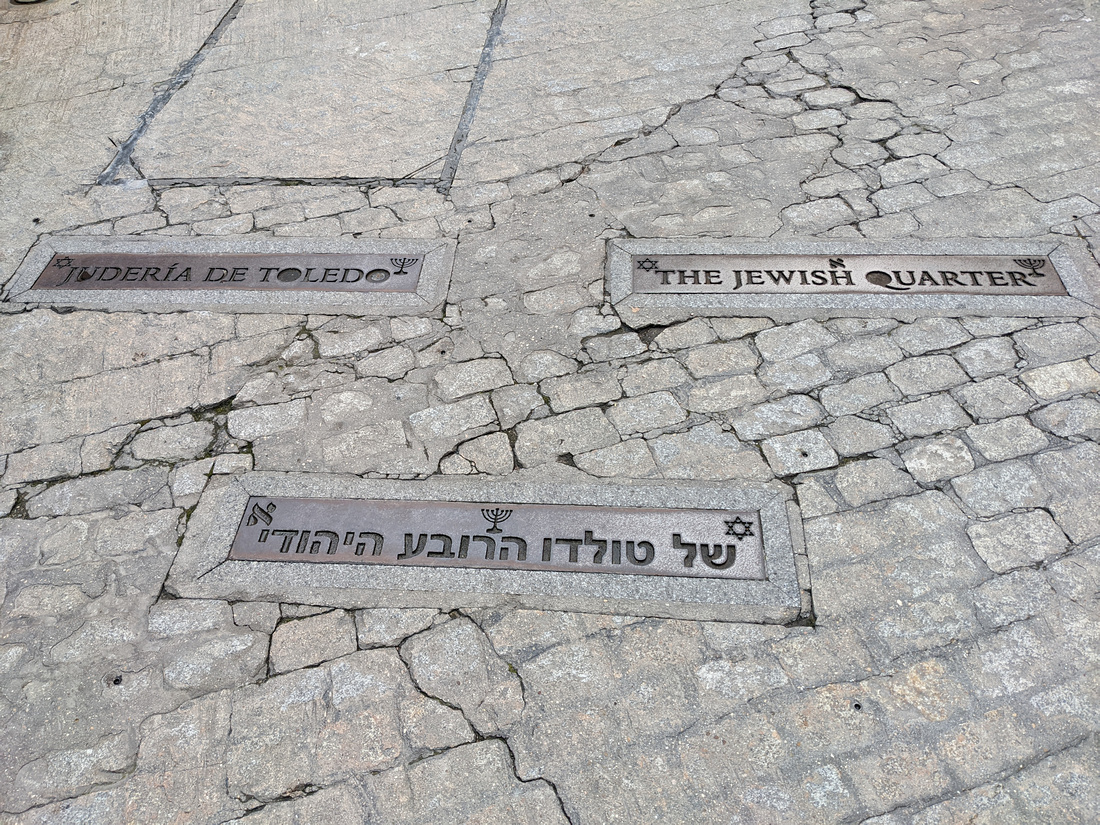 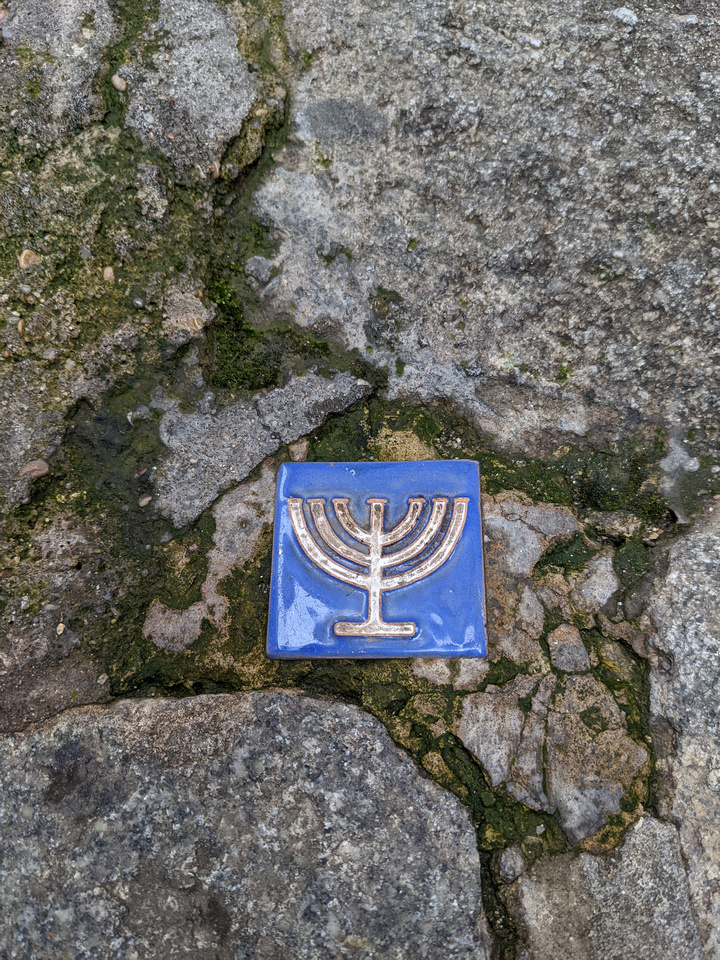 We started at Santa Iglesia Catedral Primada de Toledo which is one of two attractions that Toledo is known for (the Cathedral). This was a beautiful church that had an intact cloister which was very nice.  It's art gallery boasts having original El Greco's (El Greco is a famous painter from the 1500s who lived and died in Toledo).  The most memorable aspect of this church is actually one of the artifacts in it -- I can't say it's a highlight because it involves Christopher Columbus who I'm not a fan, but the Cathedral's Monstrance is made of gold that Christopher Columbus brought back from his first expedition.  So it is stolen gold. 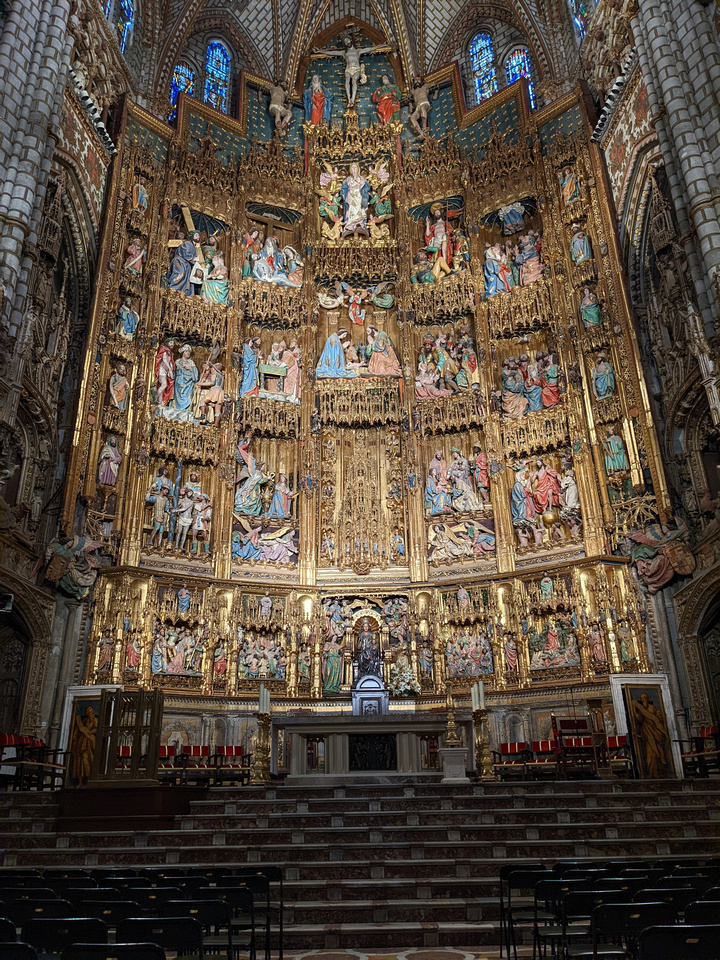 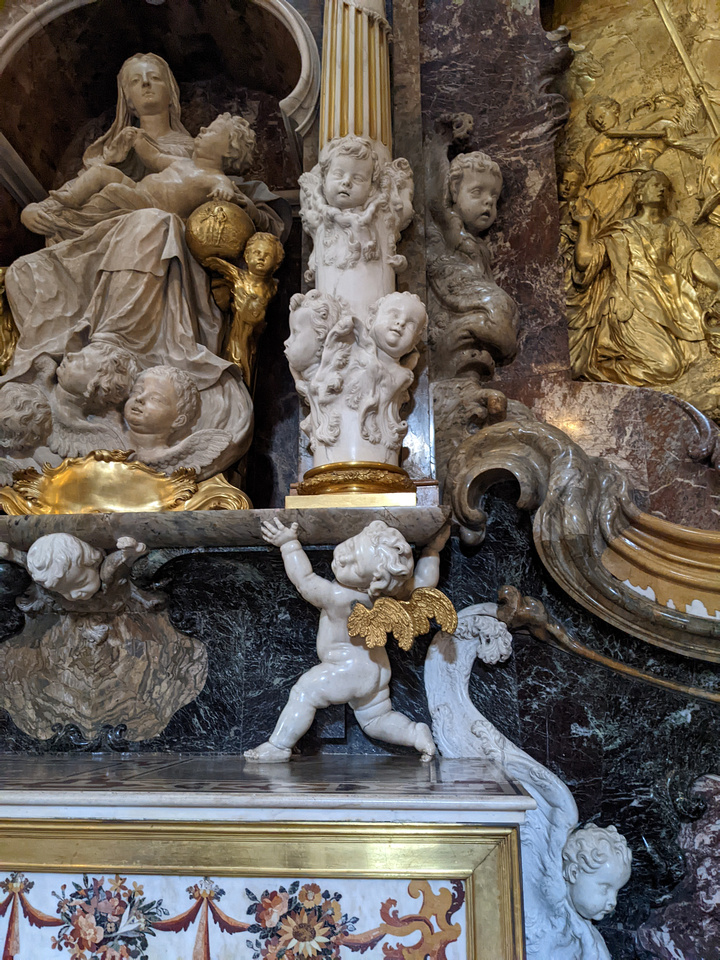 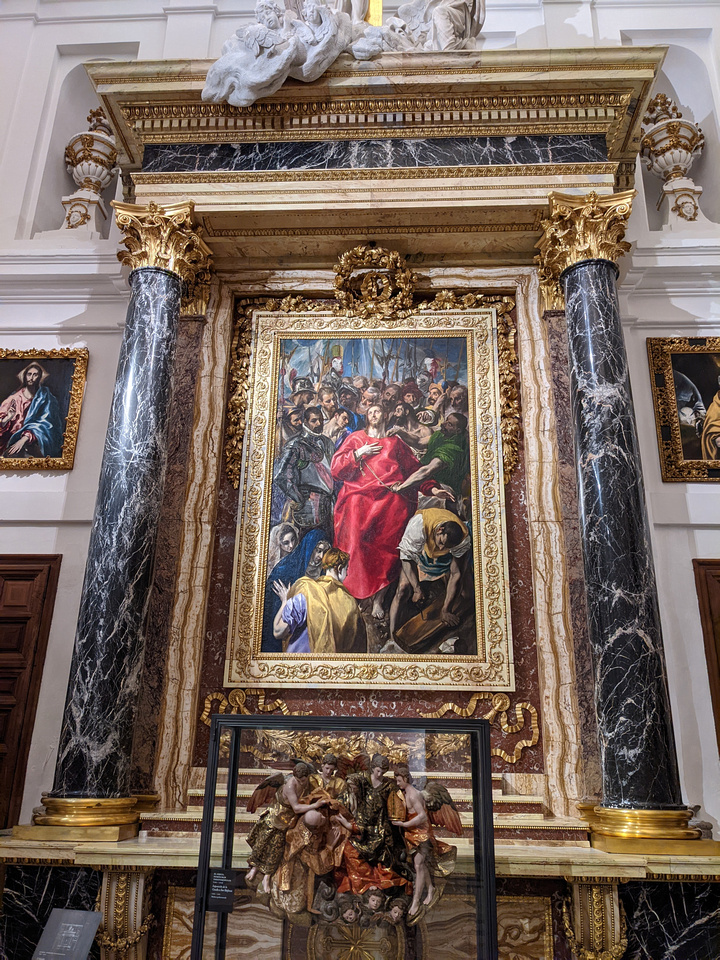 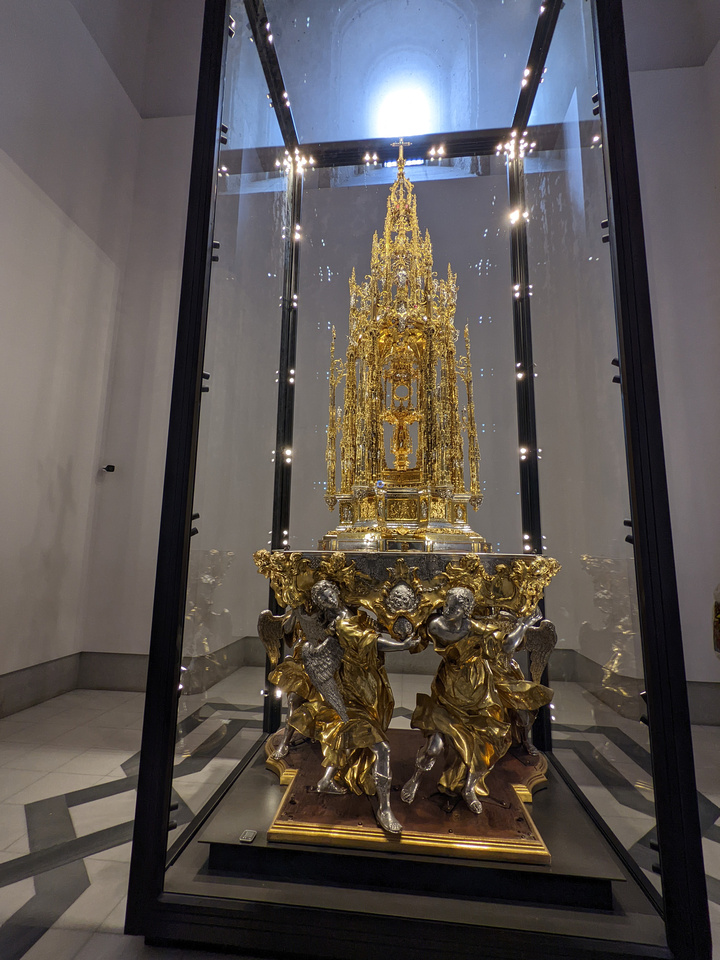 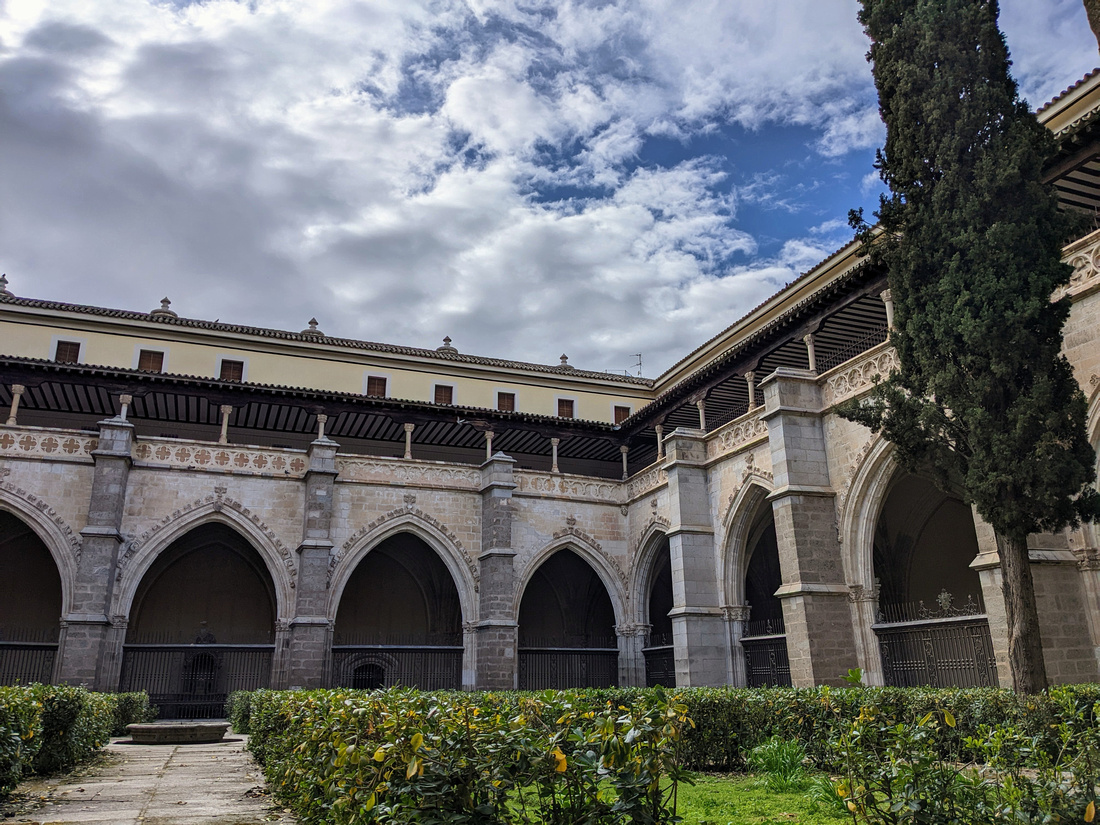 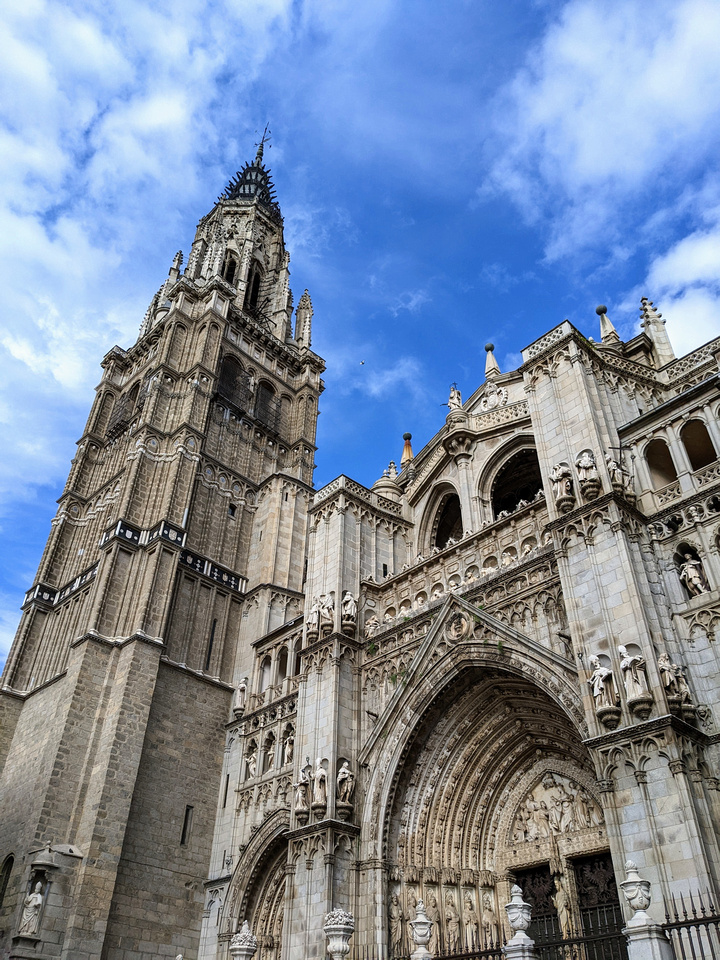 We ended our night wandering down to the Banos Arabes (Roman Baths) and then to the gates of the city (Puerto del Sol and Puerto del Bisagra).  While we were just outside the walls, we noticed a small churro shop which, of course, we had to sample.  Not our favorite churros as the chocolate was pretty thin, but it was a nice evening treat.

Tomorrow we continue to explore Toledo focusing on their religious history. 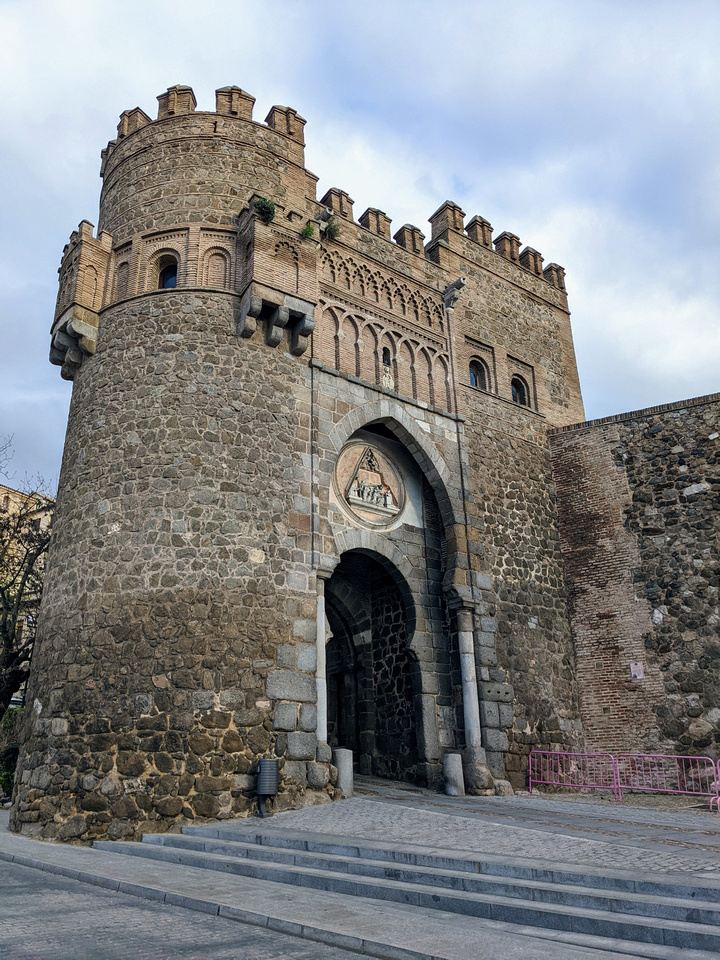 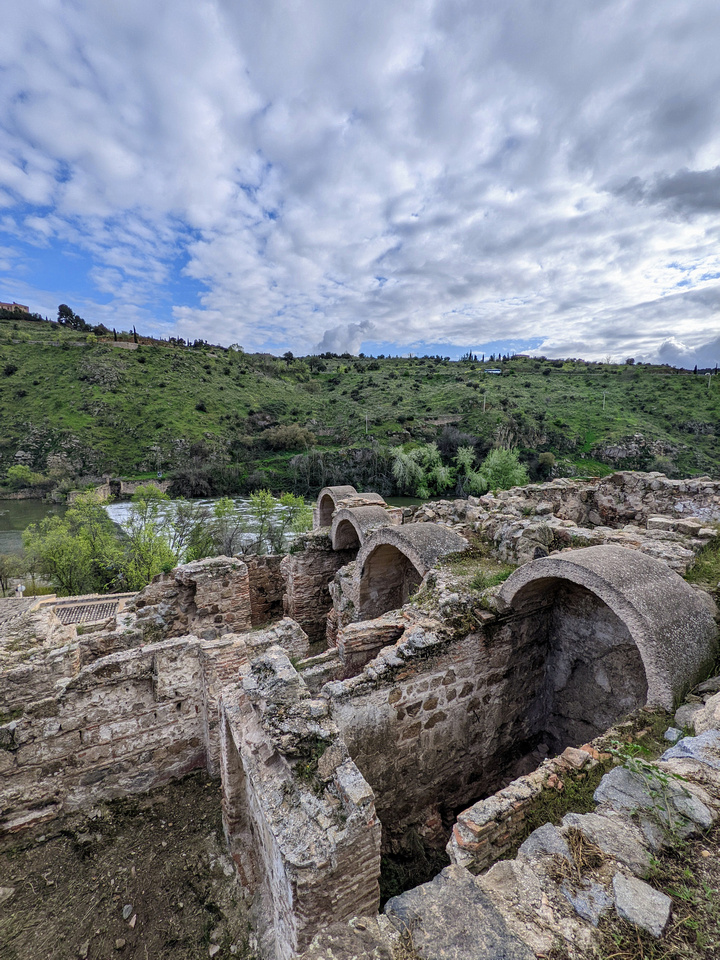 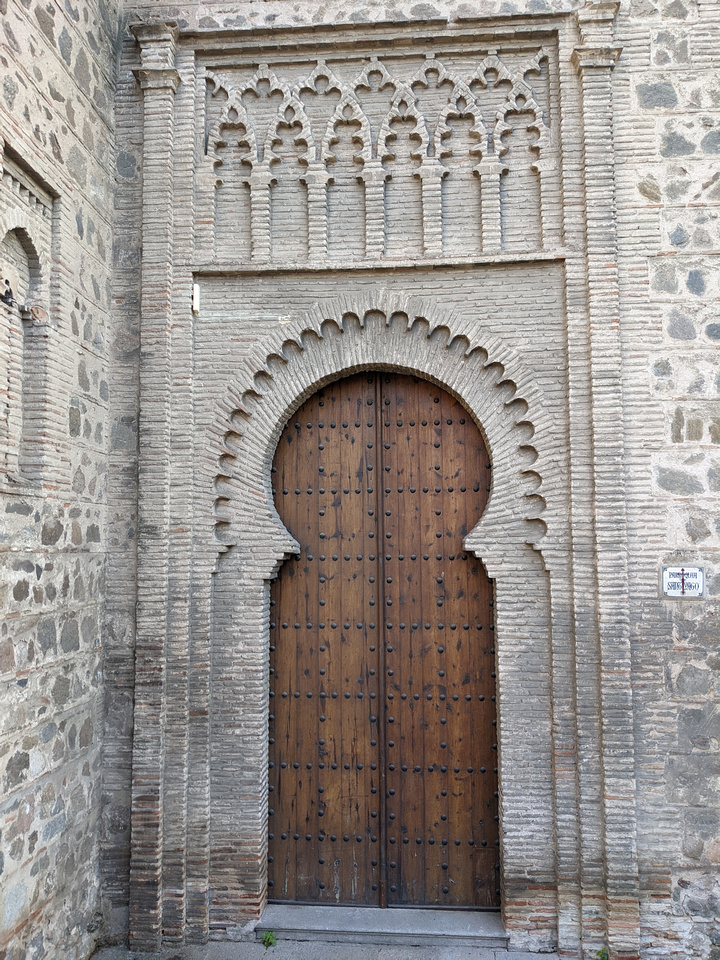 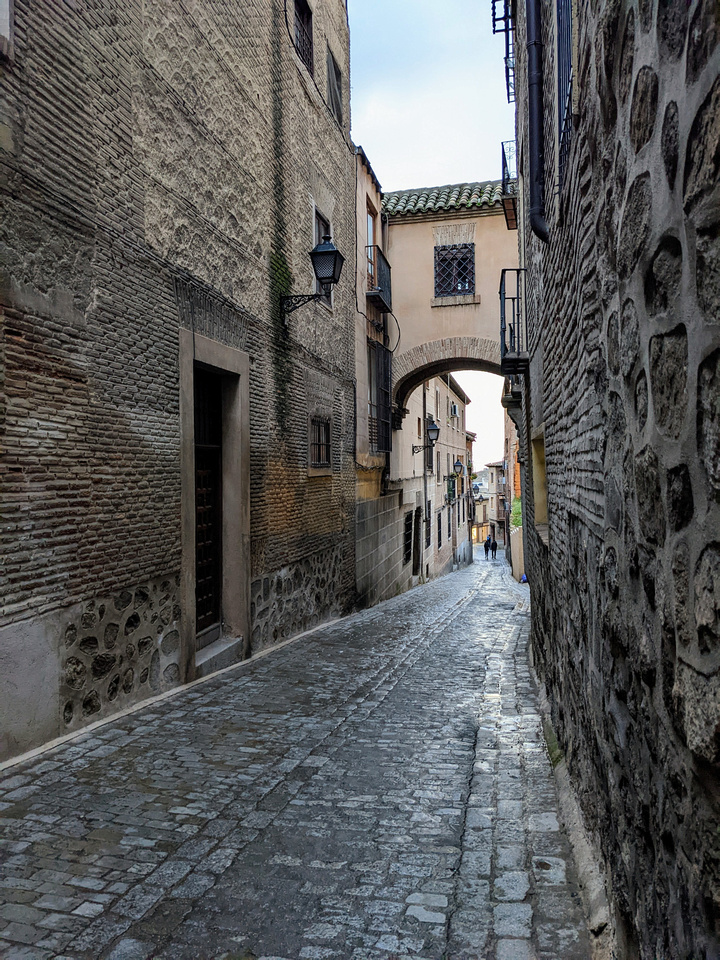