Seth Whitmer: Forever in our Hearts

As I sit down to write the words that I know so many will read, I struggle to find the right ones.  It's hard when you are saying goodbye to any loved one, but it's even harder when that loved one was living the best part of his life so far.  Seth Whitmer (born April 24, 1991) was just shy of his 30th birthday when he left this world to join the next on March 17, 2021 leaving behind his young wife and children, his mom and dad, his sister and brother, his cousins, his aunts and uncles, his extended family, his bonus family, his friends.

As the stories continue to flood in on how Seth touched so many lives, it is abundantly clear his time on Earth made a difference. He lived a simple, but impactful life always striving to be the best person that he knew how to be and always living life to its fullest.

When Seth was young, he was an avid boy scout and loved nature.   Because of his love of creatures (or his love of pestering his sister), we always knew wherever we went, he would end up with a snake around his neck or frog in his hand.  He surely was living the best part of his life in those years.

As he grew into a young man, he made the courageous decision to join the United States Army at the height of our conflict with Afghanistan. He served a nine month long tour abroad - and while you would be hard pressed to find someone who loves their job every single day, Seth sure did enjoy the experiences the Army gave him.  There is not one of us that didn’t enjoy hearing the stories of him playing football with the locals he was protecting or how he befriended a stray dog around the base.  He surely is now living the best part of his life, right?

As he continued to grow, he relocated to Florida for a new adventure, and this is where he met the love of his life, Jennifer.  It was one of those moving fast, don't want to blink in case I miss anything whirlwind loves.  He knew she was the one right away, and so did she.  Jen's family became his bonus family, and they settled into life together. Actually... this is now the best part of his life.

Two babies later, his life forever changed again.   Out of all Seth's many accomplishments, he would be most proud of the father and husband he became.  And to be honest, we all would agree. The love he has for Jennifer, Bailey and Cooper is unmatched, and even as a young child, we all knew Seth would make a great dad. His true connection with everyone he met along with his witty sense of humor ( he was telling dad jokes long before he knew what  it meant to be a dad) gave him the perfect mix for this new adventure.  Now…  he is living his very best life.

We don't understand the divine plan and timing of his departure right now, however today is not the day for us to understand this.

Today is the day for us to remember the light. Because 'there are some who bring a light so great to the world, that even after they have gone the light remains'. Today we remember:

… the little boy in his red cowboy boots

… the cub scout learning about wildlife

… the soldier selflessly fighting for our freedom

… the father and husband who loved fiercely

... and the impeccable man he became

Reception for flowers is available between 2-3pm at the South Doors.

Alternatively if you wish to support Seth's wife and children directly: 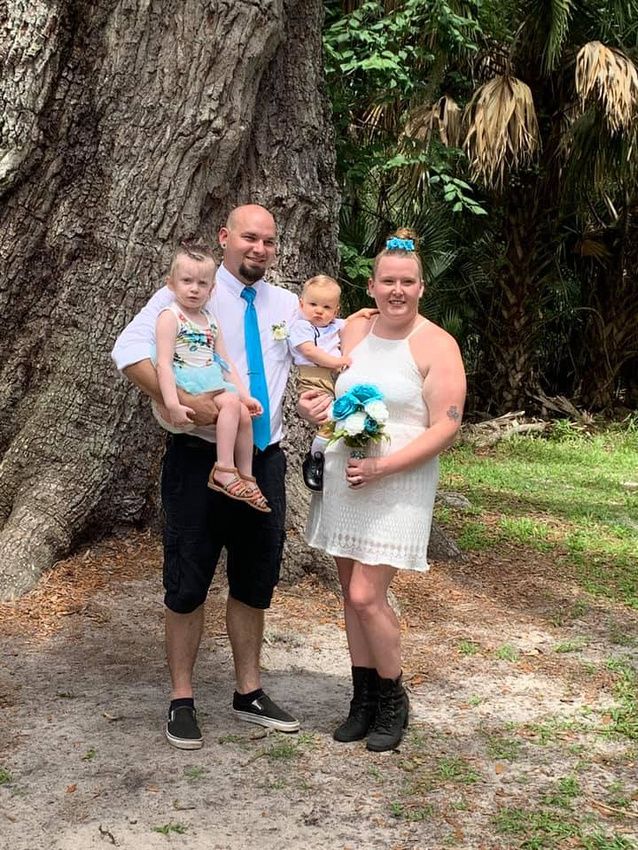 Mary Phillips(non-registered)
It was a sad day when he passed and I am happy to see he was so happy with his wife and children. Seth was my ex son in law but was always a kind and loving man even after he moved to Florida. My thoughts and prayers go out to his family, extended family and friends. He will be missed.
Joe Whitmer(non-registered)
My Thoughts & My Heart is with the Whitmer family.
Seth will always be loved and missed
gary & sue Wandelt(non-registered)
so shocked & sorry to hear about your lose of a loving husband, father & son-in-law who i just met at the church children's Christmas program... God comfort & give you strength...
Mamacita(non-registered)
Jessica ... you did an incredible job in your writing from the heart. Seth is smiling and quite possibly blushing at the all the love you poured your heart in to writing this. I am so proud of you and love you with all my heart. He will be Greatly missed!!! I Love You Seth!
Patti Hamilton(non-registered)
He shared his love to all of us. I happen to be his children's great grand mother. Such a helpful person to my needs. I will miss you and know your light will keep shinning. I will do my best to watch over Jenn, Bailey and Cooper.
No comments posted.
Loading...
Subscribe
RSS
Recent Posts
Christmas in the Big Apple Eating Our Way Through NYC Being a Tourist in NYC Lockdown from my Window Seth Whitmer: Forever in our Hearts Grilled Cheese Sandwiches 2020: The Lost Year? A Week in Guatemala The World has Lost its Mind Dear Carolyn
Keywords
ex-pat our journey to india london paris wales Taste of Europe Ireland/Scotland Honeymoon Darla's Dream Trip guatemala Pacific Northwest D.C. Dominican Republic
Archive
January February March April May June July August September October November December
© Wandering with Mr & Mrs Ennis
Powered by ZENFOLIO User Agreement
Cancel
Continue