Being a Tourist in NYC

Hello world! We are alive, but with everything else these last 21 months (including a transatlantic move), writing hasn't been a priority. I keep saying I will go back and write, but here we are...

It's been over a year since we flew anywhere for vacation and boy did it feel good to be back at an airport leisurely.

Working in the travel industry, I'm acutely aware of the downtick in travel but seeing it first hand -- flying out of a really empty St Louis airport was strange and then landing in a bustling New York airport with less bustling than expected -- it reminds you our world is still poorly.

Now compared to our fellow Americans, we have been overly cautious through the pandemic. And we even seriously debated taking this trip, but we are both vaccinated/boosted and very aware of our surroundings. Plus the positive impact on our mental health is so needed. We didn't really care where we were going, we just needed to go. Plus NY isn't messing around about this pandemic either... entry to every place including restaurants to dine in required vaccine proof, testing centers on every corner and masks in all indoor spaces.

New York City it is. 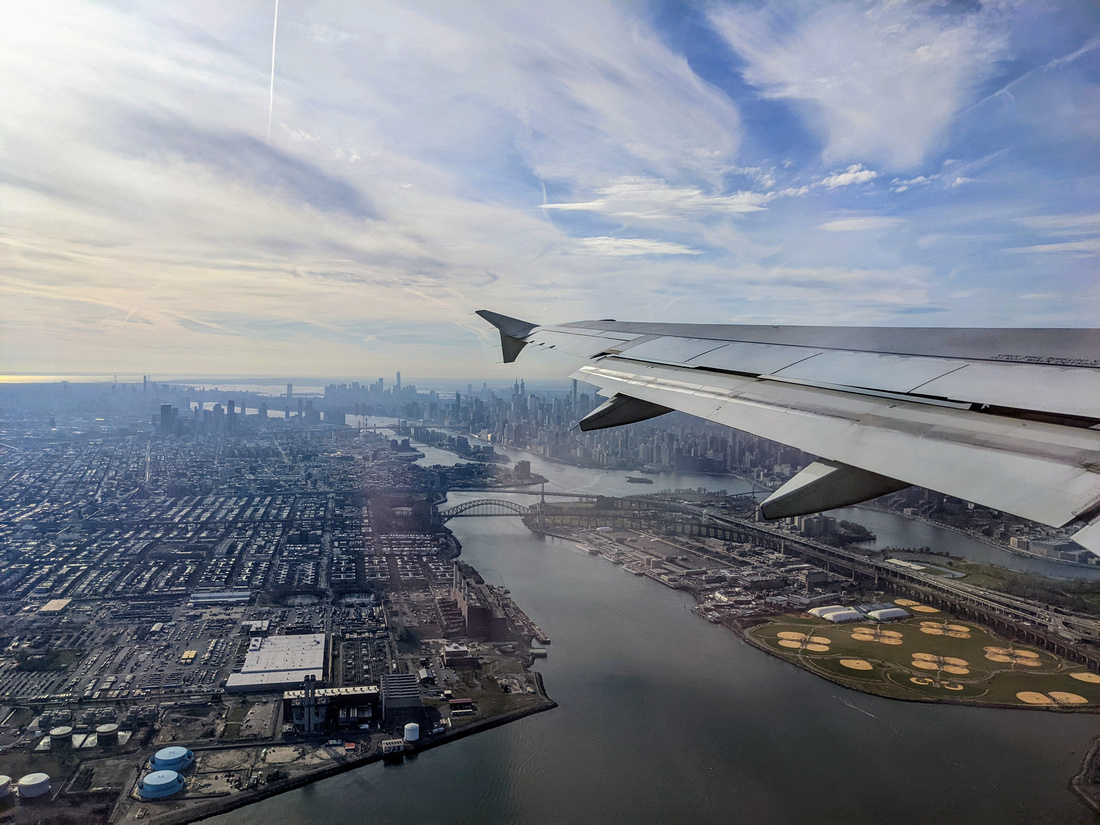 Hotels anywhere in the city are expensive, so once we moved past the sticker shock, we found a very nice four star hotel in the heart of Manhattan which was perfect location for everything we wanted to see, plus easy transfer to and from the airport. Had we gone anywhere else we would have had a car rental cost, so the more expensive hotel was okay. And splurging for luxury isn't always bad.

Because we had only been in New York City one other time and for less than 24 hours, we actually were a bit of tourists on this week getaway.

So what did we see/do -- well we saw so many things, so let's focus on some of the highlights, eh?

The Subway -- Lots of trains labeled either a number or a letter. Local versus express. Overall we were pretty successful (when I say we, I mean Mr Ennis since I'm directionally challenged). No terrible stops, missed trains. Just a couple of rats in the tracks as you'd expect..

Times Square was just as bilboard-y as you'd expect and really full of tourists taking pictures of the billboards. 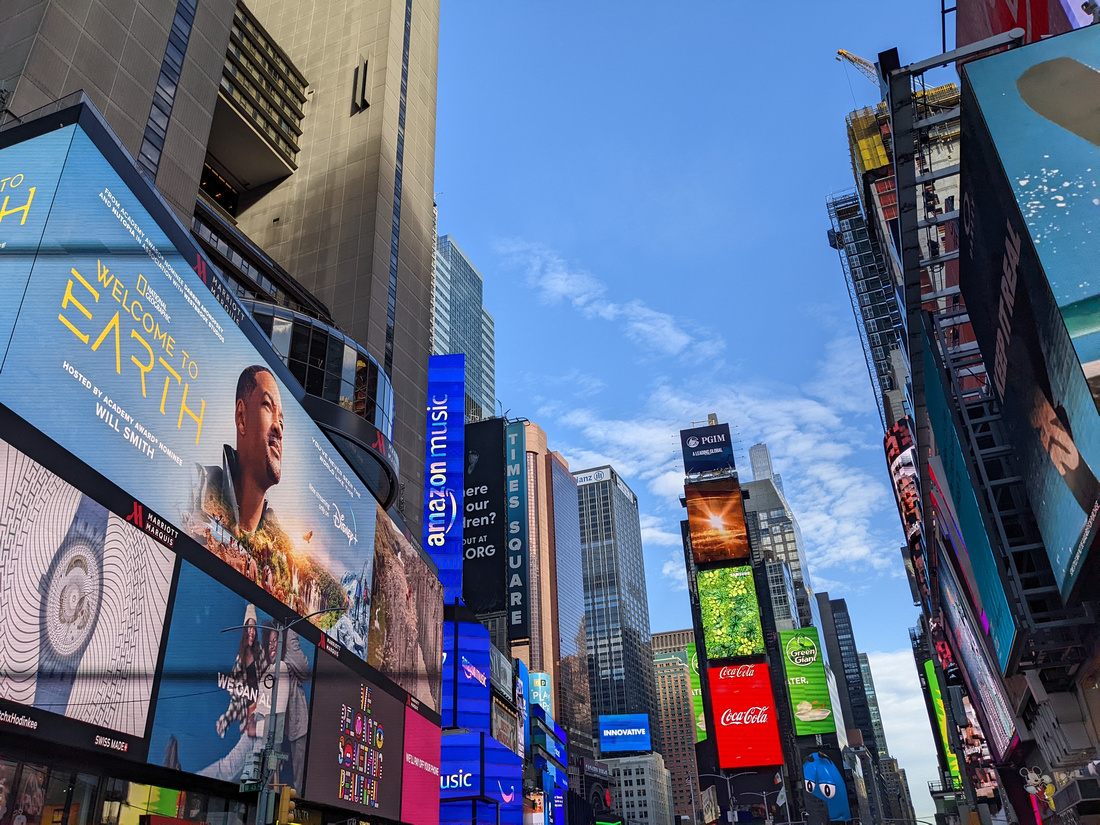 Broadway is always fun to walk down -- seeing all the show entrances, maybe running into a famous person or two. We sadly didn't see a show this time, but will come back next time for that.

Financial District -- we traveled down towards Brooklyn to see the 'Fearless Girl' statue in front of the New York Stock Exchange program. Such a fun statue, but so beyond busy. The church that Alexander Hamilton is buried at was down here too and also a great view of the Brooklyn Bridge. 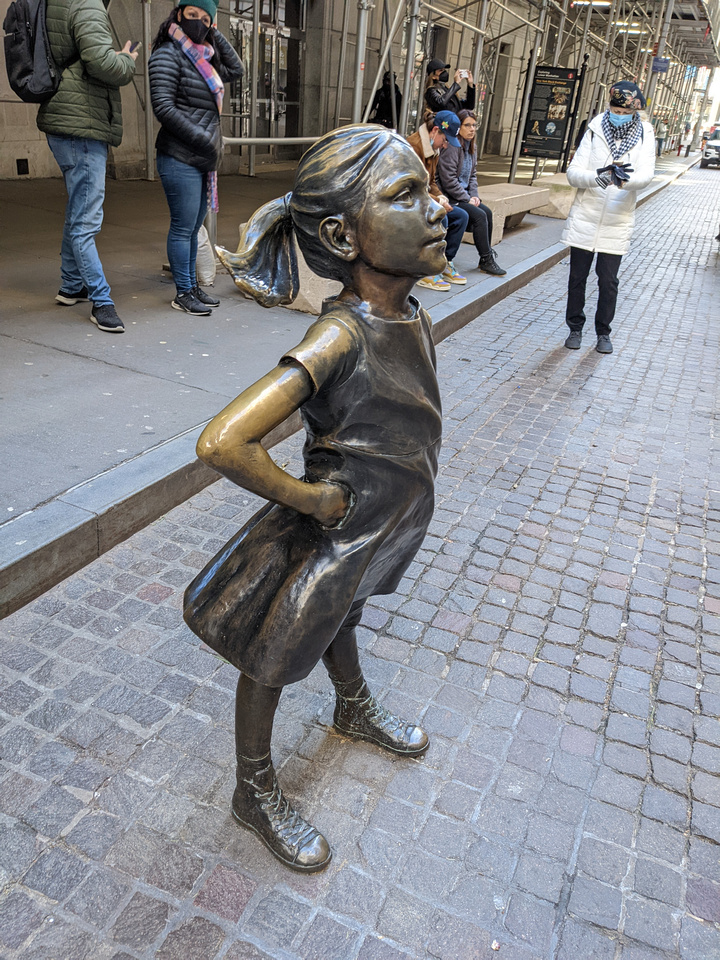 Central Park -- it is crazy the real estate that Central Park has in the city. The park is lovely with fun statues - we hunted out the Alice in Wonderland and the Women's Suffrage one in particular. More pictures here -- Central Park. 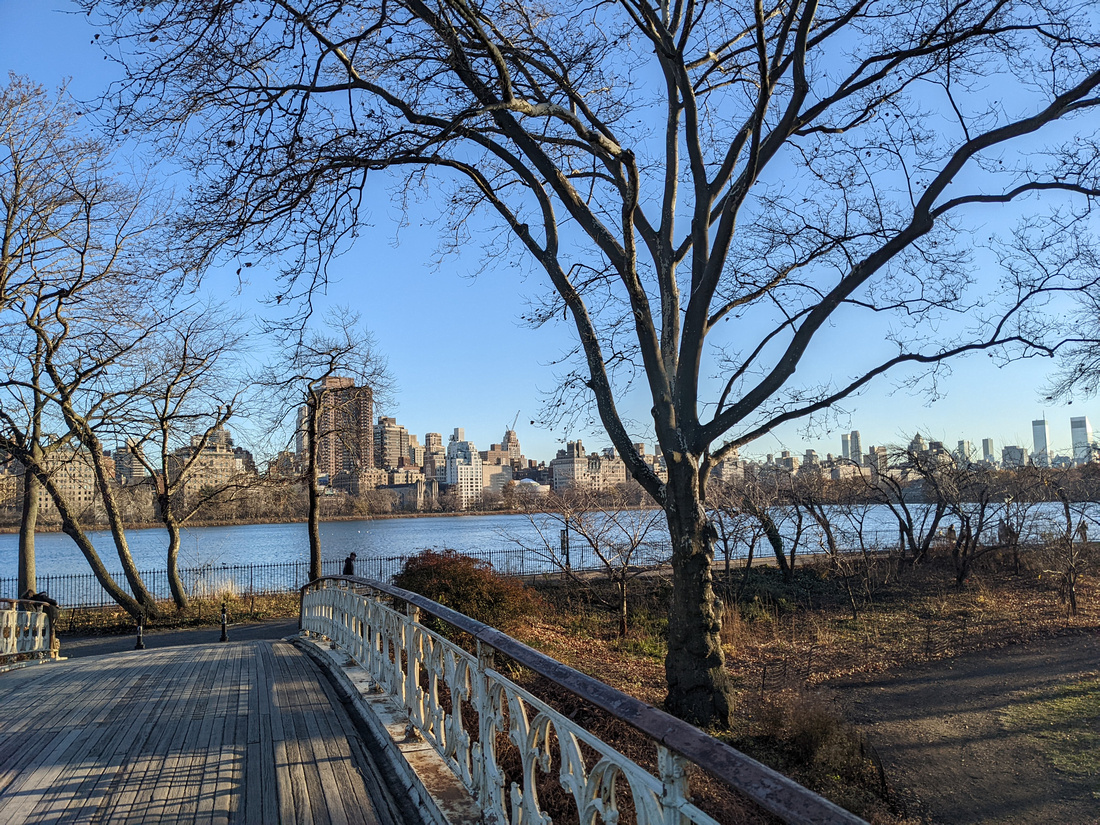 Metropolitan Institute of Art (The Met) - you can't really leave this city without seeing at least one art museum. I chose The Met because of the large Impressionist art collection. Plus there ended up being a very cool Disney exhibit. Edward Degas with his ballerina sculpture was a personal highlight from any museum I've ever visited. You can see more pictures here -- Nothing But The Met 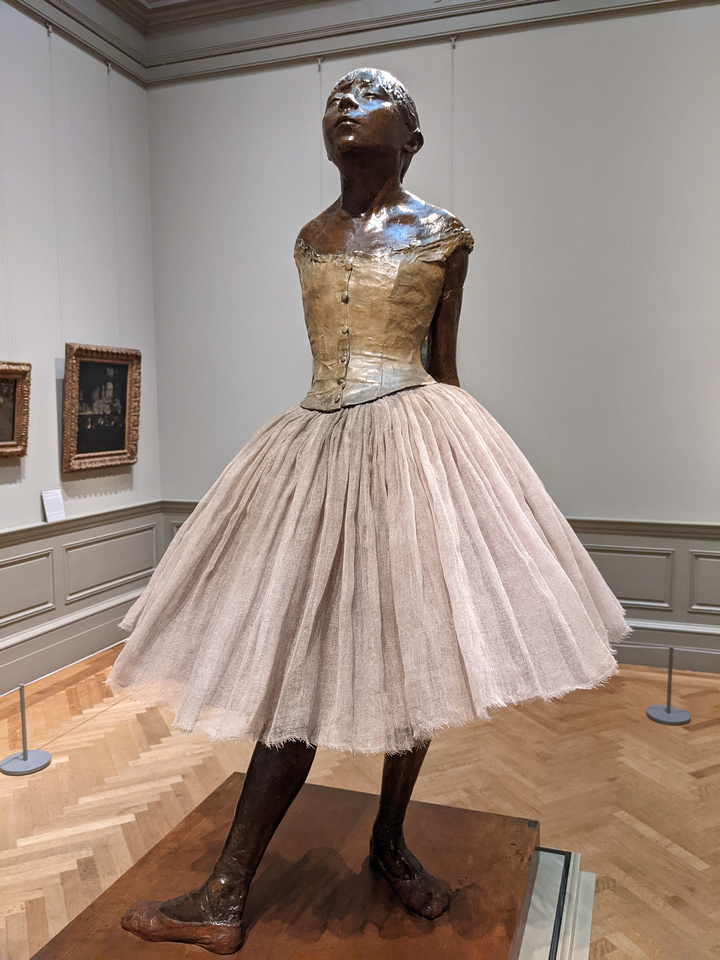 Chinatown & Little Italy - you can't go to NYC and not see these boroughs. What I didn't know is that they are literally right next to each other. Walk through Chinatown and across the street is Little Italy. Such an interesting juxtaposition. 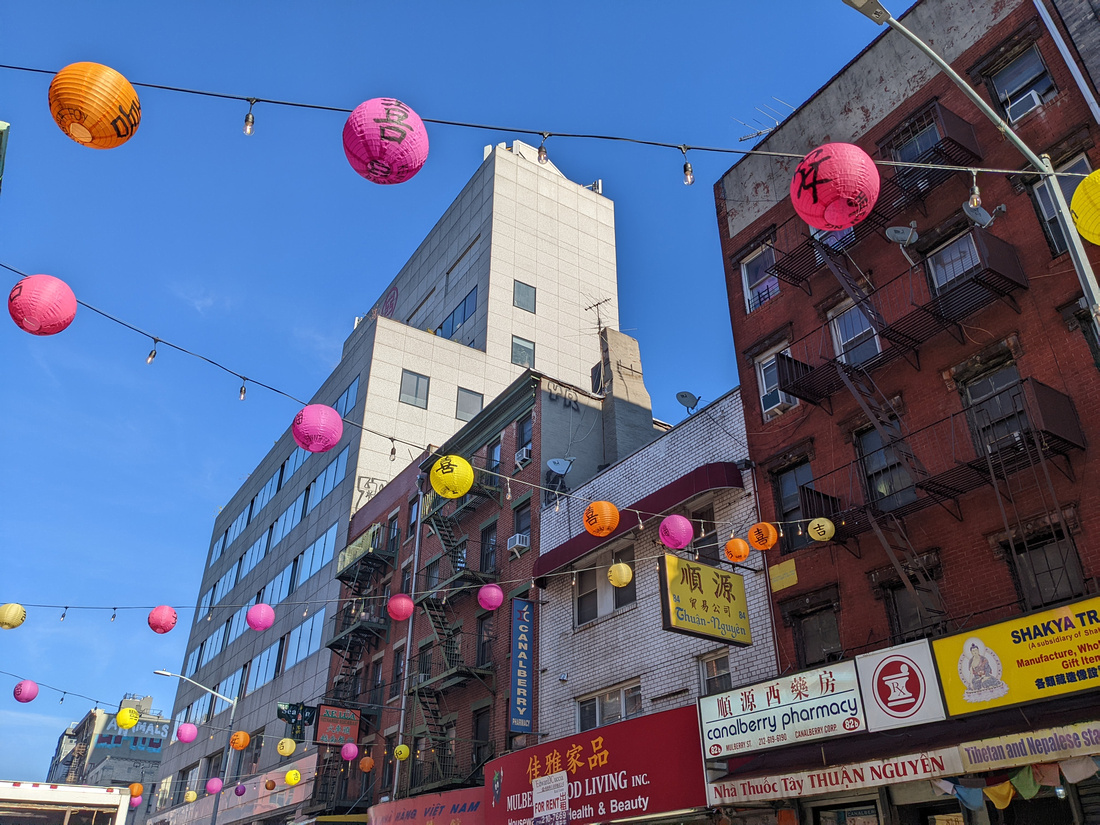 Statue of Liberty - now this is the one touristy thing we had already done, so we didn't take the boat back out to the Statue of Liberty and Ellis Island. But we traveled south to see her from afar from Castle Clinton which turned out to be a very sad castle (which we expected, but with Castle in the name, you know we couldn't pass up checking it out).

New York Library - we actually stayed close to the library. With COVID, you had to be a member to enter, but the building on the outside was pretty spectacular. Plus Patience and Fortitude were festive. 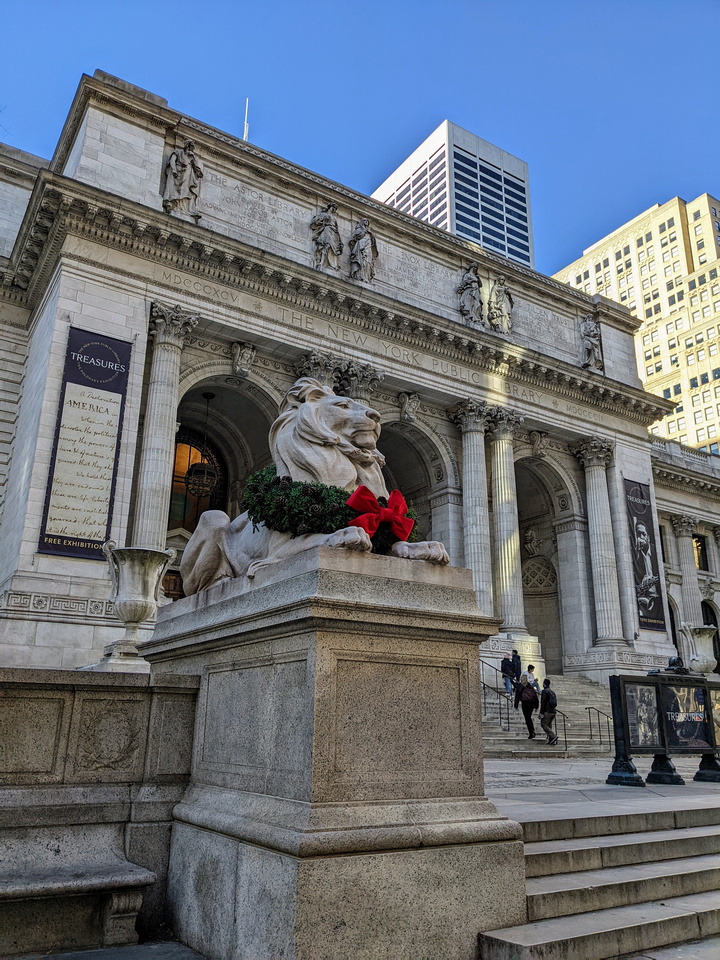 Intrepid Sea, Air and Space Museum - As part of our City Pass, we chose to explore this museum for a couple main attractions. The WWII bomber submarine and the Enterprise were both there. We were able to go inside the submarine which was terrifying when we were underwater but really cool to experience. Then being able to see the Enterprise Space Shuttle was soo cool. I've never seen one before and it was so much bigger than I expected. You can see more pictures here -- Intrepid Museum 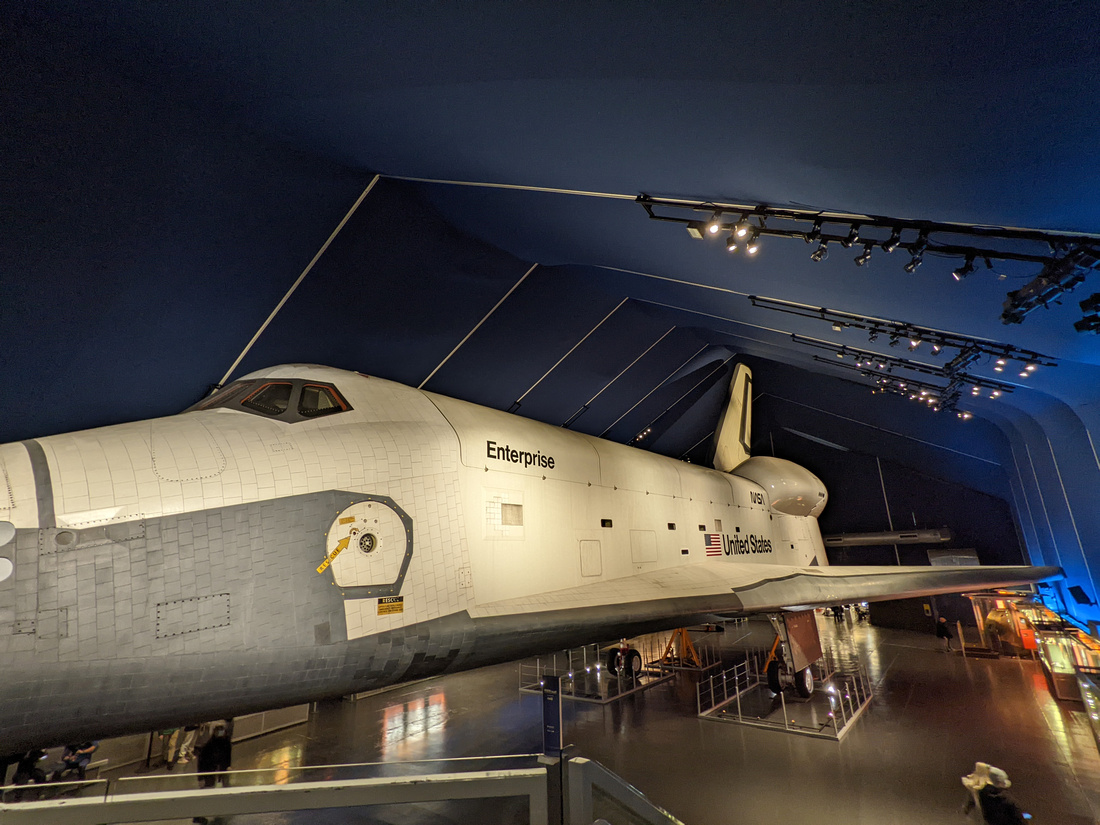 Alllll the toy stores - Harry Potter, Lego, Nintendo, M&M? Yes please! As actual children disguised as adults, of course we explored them all. Interested? Here are all the pictures. 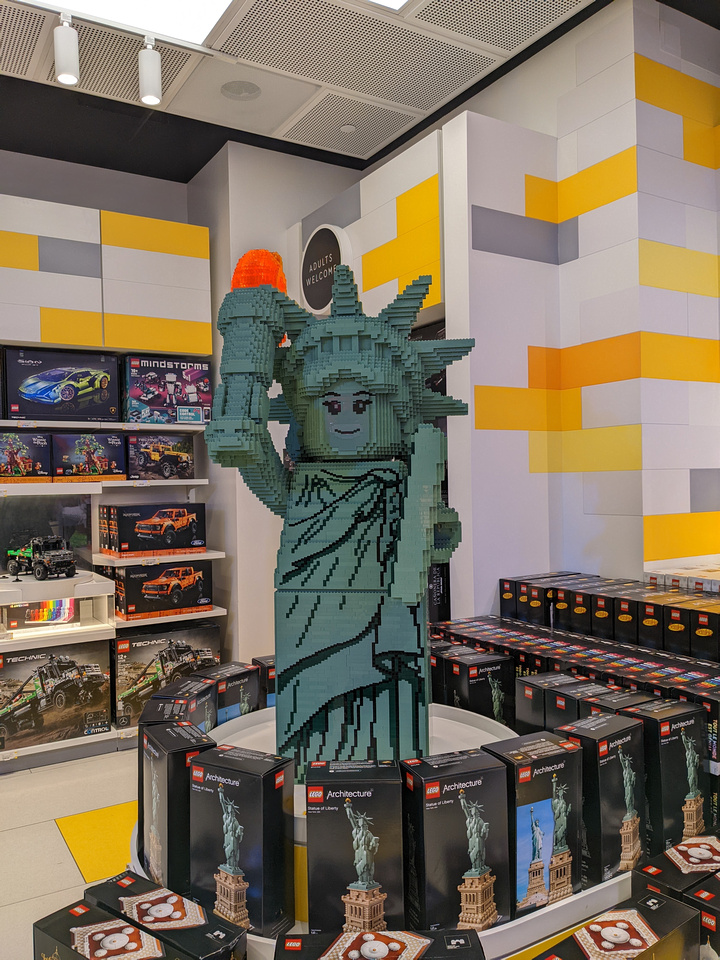 Rockefeller Center - the main attraction of Christmas in NYC along with all the Christmas Markets. The Rockefeller tree was beautiful, the decorations at the stores all around were fun and the view from the top was breathtaking (even if the elevator ride was terrifying - who shuts the lights off the second the doors close?!). We even made a last minute decision to see the Rockettes Christmas Spectacular.  Oh... Which also meant running into a famous person! So crazy accidently walking next to the Rainbow Room when Matthew Mcconaughey was leaving. 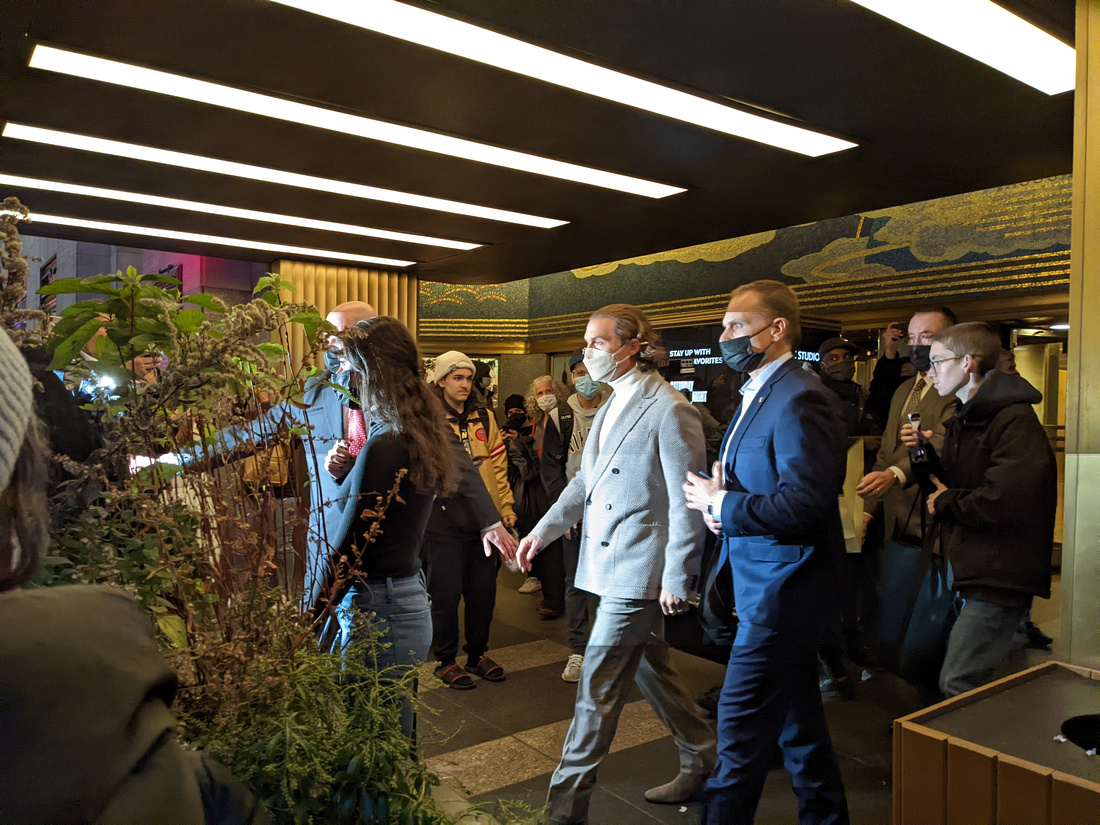 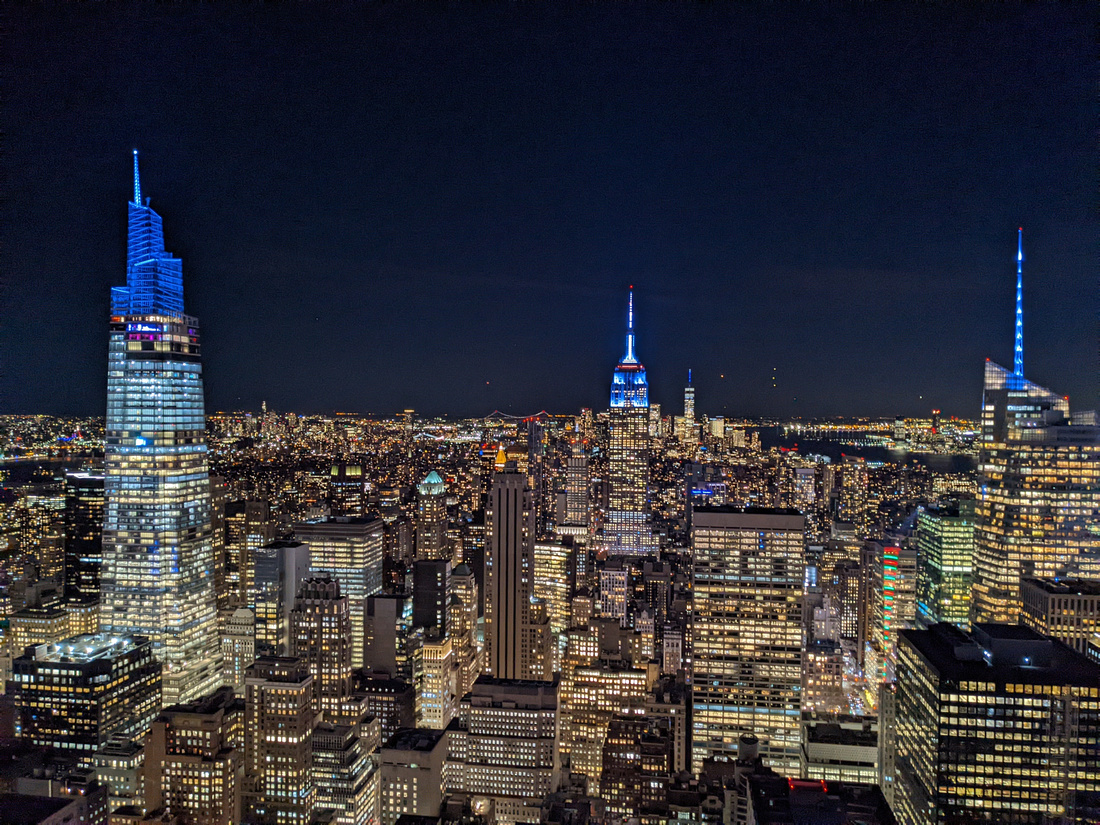 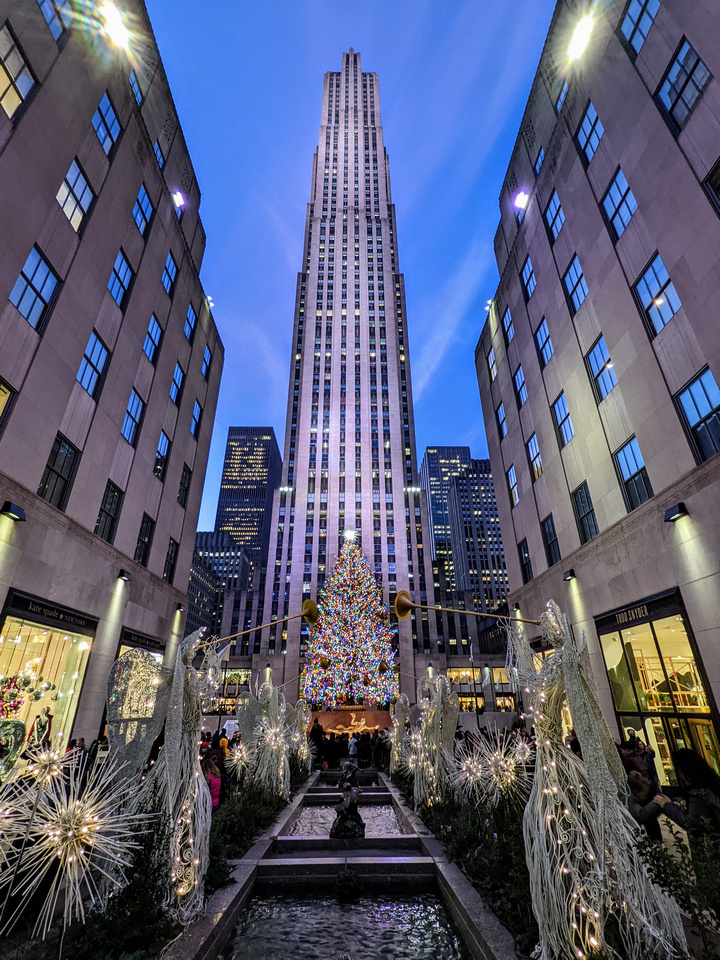 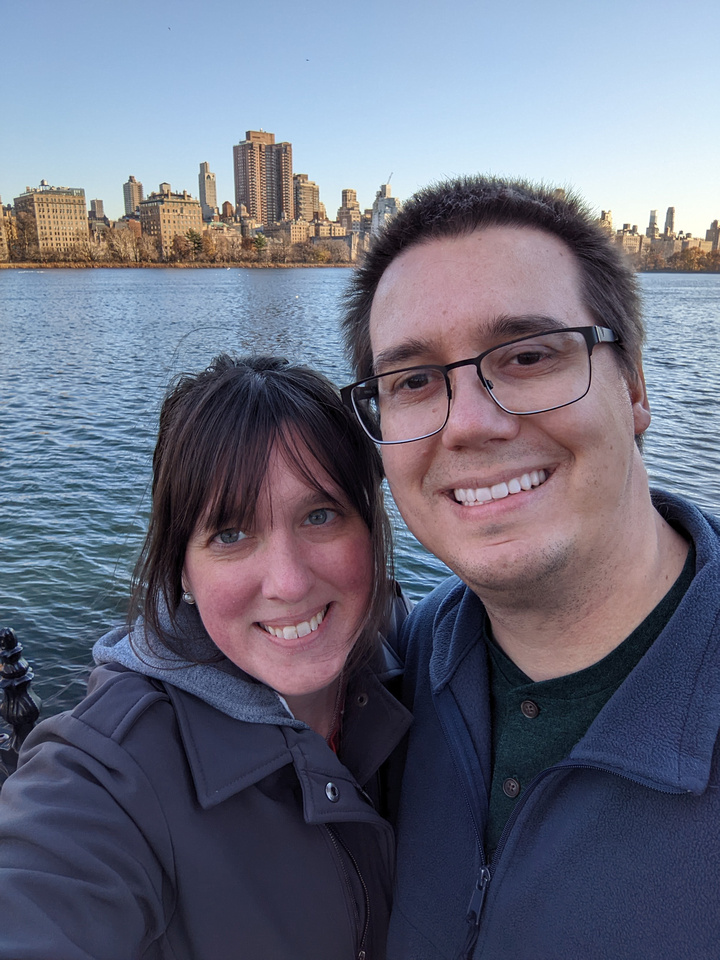 For all the pictures, click here. To read more about us eating our way through NYC and Christmas in the Big Apple, click below:

Eating Our Way Through NYC

Christmas in the Big Apple