Today started much like yesterday - continental breakfast and then making sandwiches for lunch. We were all abuzz as today was the home visits where we are able to see a glimpse into the life of someone living in Quiche.

Upon arrival to the community, half of the teams headed for home visits and the other half stayed back to begin painting. My home visit was second, so off to paint! 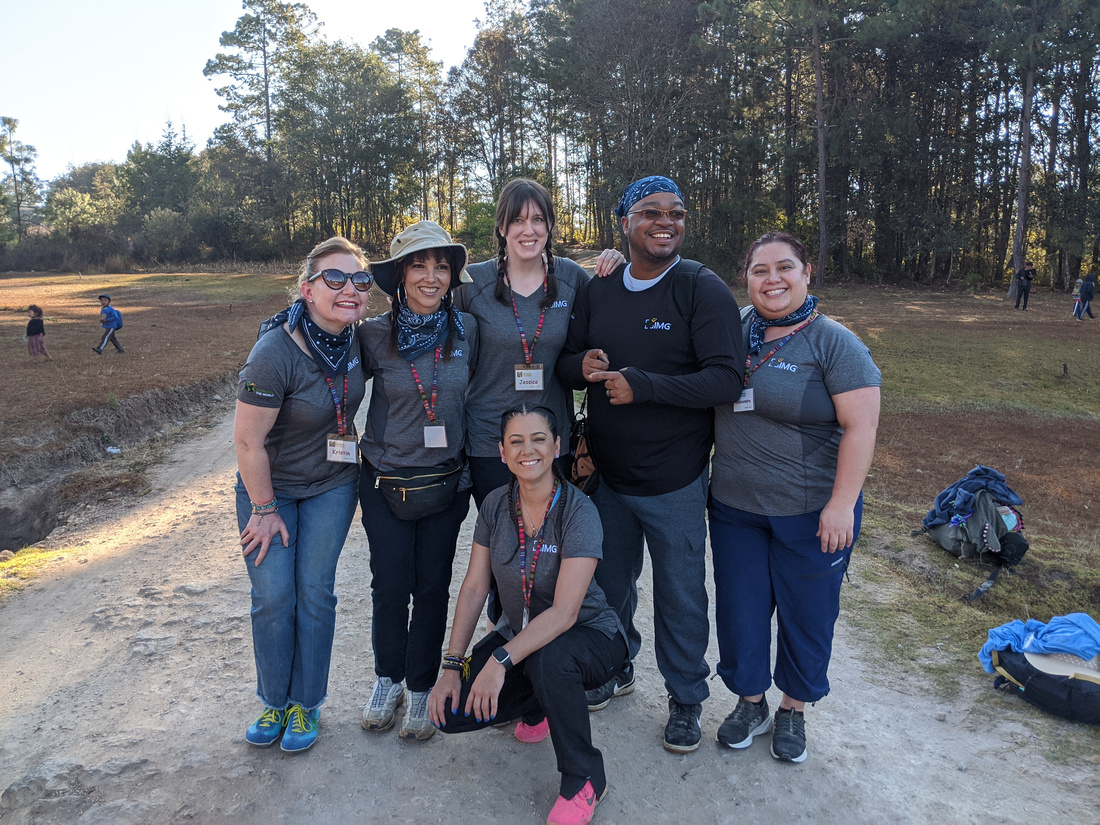 Today's painting assignment was the playground cement (basketball court, teeter totter and slide cement) and also the outside of the school.  We made quite good progress during the first home visits, however we were interrupted by recess. Such a fun way to connect with the kids and play. When is the last time you rolled on the ground and blew bubbles? A while, eh? Well it's been a couple hours for me, and let me tell you, what a fun way to spend your time! One of our volunteers brought string which was a huge hit, and I ended up in the middle unraveling string. I also had one of the little girls find me later to help her make a bracelet. So, so sweet. Boosie even made an appearance :) 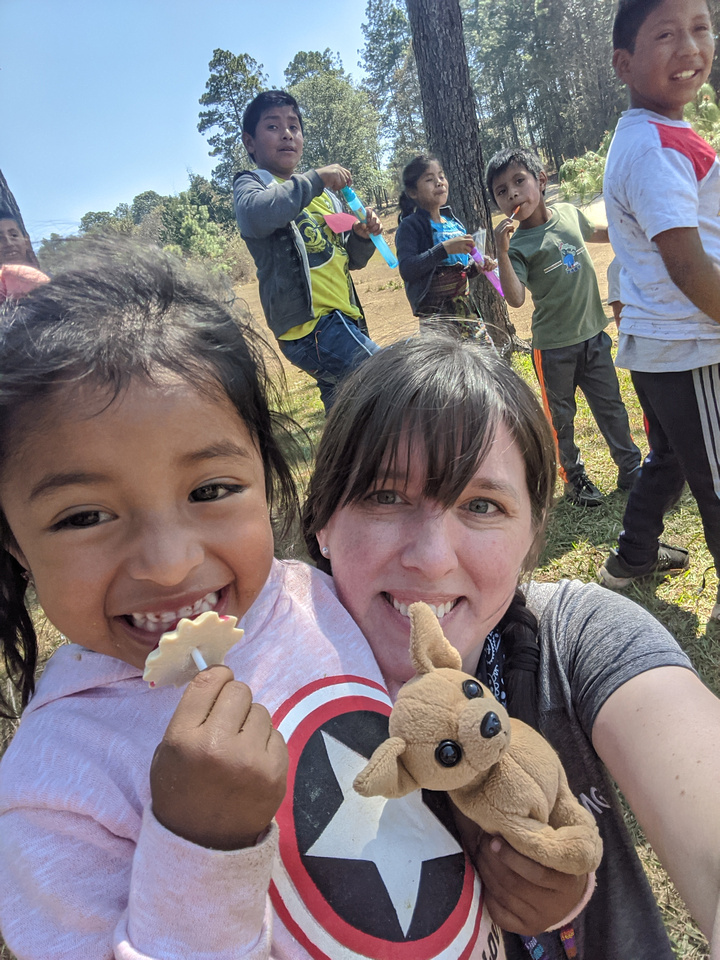 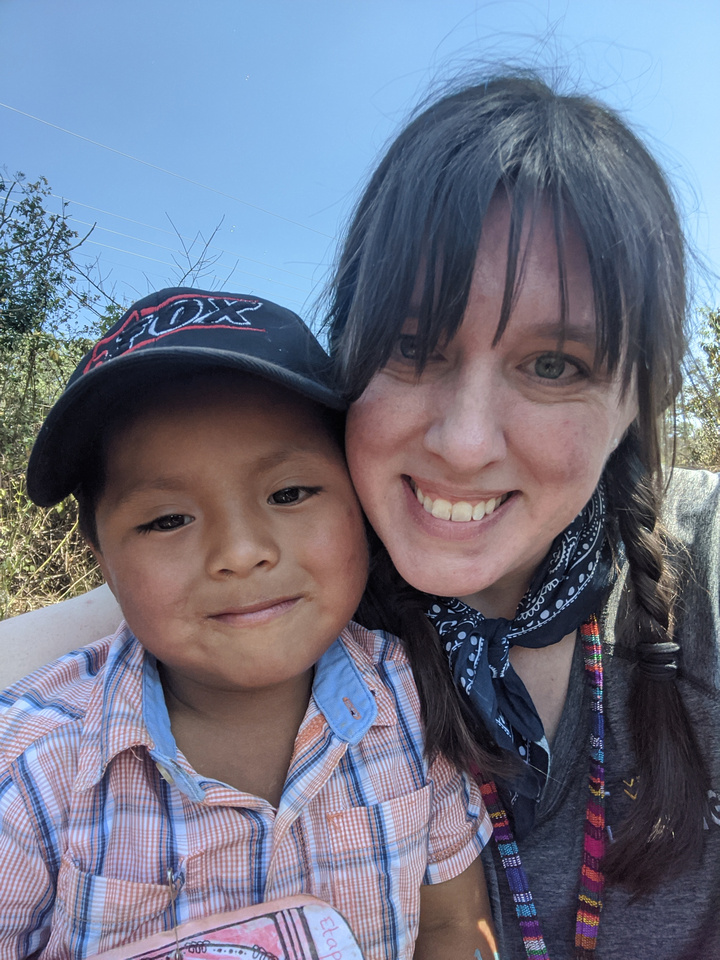 Oh...remember the butterfly sticker girls from yesterday?? They all still had the butterflies on then today. ❤️❤️

During recess, we had another little girl asking us if we are building schools in other communities and also asked if we would come back and visit soon. Oh my heart. It was that moment that our group decided that we needed to come back. Even if it isn't through this organisation, we will be back to help again.

Recess was over and it was time for my home visit. The family we visited has 11 children! Some are grown living in the big city, but many were still in the house. I recognised two right away from playing this week -- Alen is a very sweet little boy who literally grabbed my bags out of my hand yesterday walking to the van just so he could carry them for me. The little girl is one of the butterfly sisters.

The father of the house greeted us and introduced us to everyone in the family. He then shared how grateful he was for us taking time to meet with his family and for building the school.  He talked about the recognition of the community two years ago, and how they never dreamed that someone would care enough to build a school for the small community. 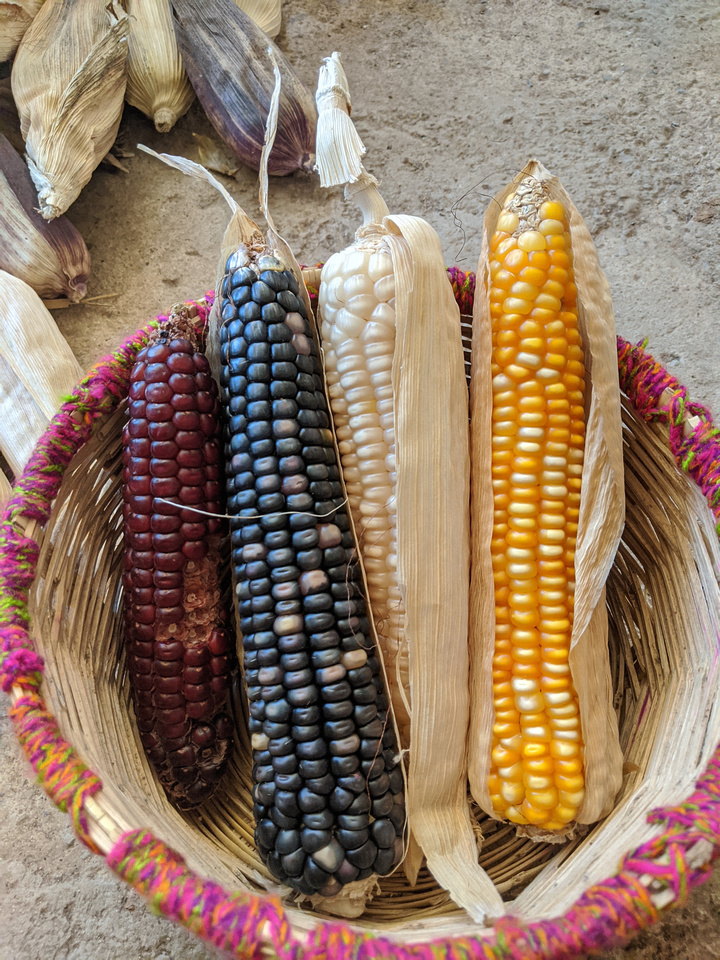 The mother of the family shared similar sentiments, but then focused on me. She said that she couldn't believe I was out there shoveling with the men especially with such white skin. She couldn't believe the hard work we were doing for their small community, but mostly she was very concerned for me and the sun. I told her I was strong (while holding my arm up showing my muscles) which made them all laugh. I also told her I had plenty of sun protection, so no need to worry about me. I am doing it for the community, for the kids -- the hard work is worth it when we see their smiling faces. 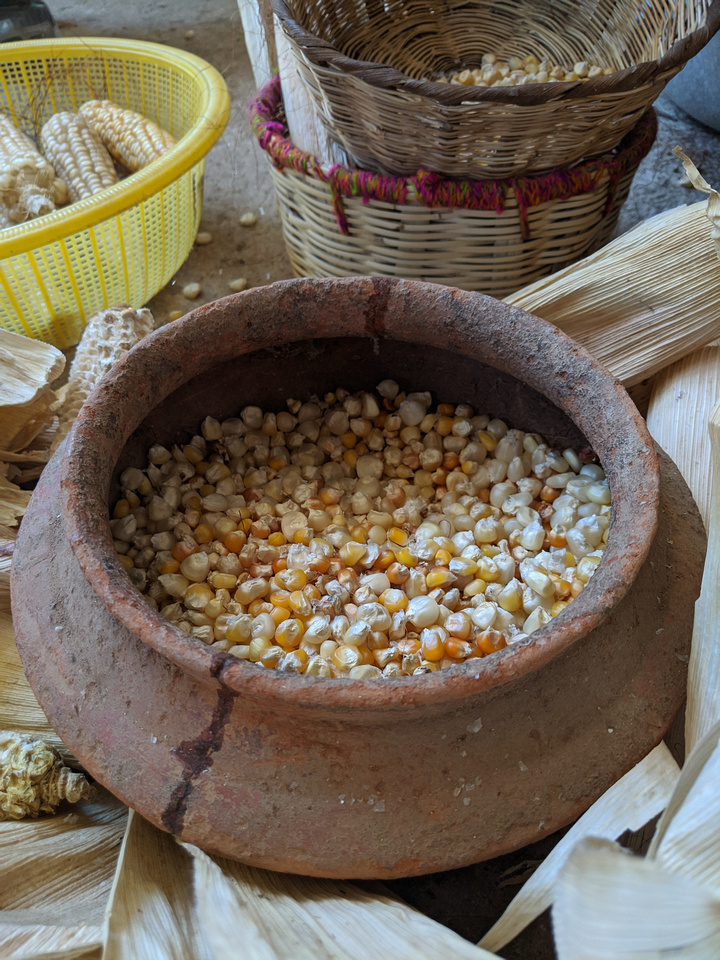 After introductions and getting to know each other, we began experiencing Quiche life. First we learned about different types of corn and how they use it. Tortillas and tamales are the main dishes, so we helped the family peel and shuck corn kernels in preparation of tortilla class later. Next two of the daughters showed us their loom and how they make clothes. The skill and speed these young girls exhibited was incredible. We learned what the different lengths of string do and how the color is maintained after dyeing. Last stop was the kitchen to learn how to make tortillas. I was most excited for this and man was I terrible. I couldn't get the consistency right and every time I tried to pat them round, I ended up with half of the dough on one hand and half on the other. So sticky and ridiculous. At least I entertained the family! 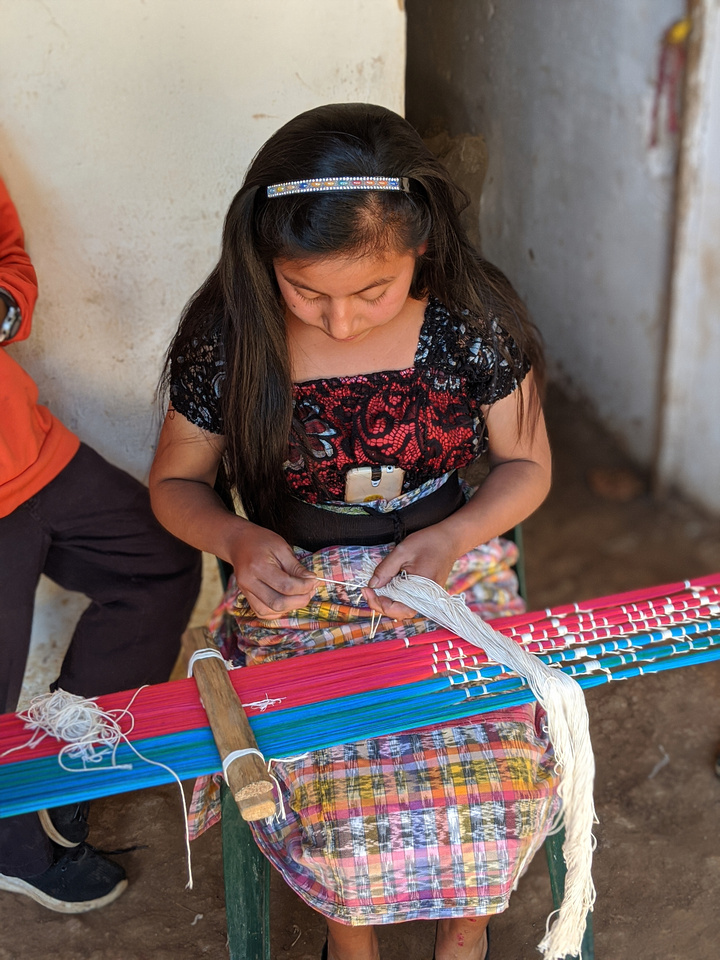 Our visit ended with us giving the family gifts -- we were advised to bring basic kitchen gadgets, and so that is what most of us had to give. However, one of the teams had an advocate from last year who made it his mission to provide clean drinking water to the families and so he raised money to be able to send water filtration systems for every family we visited. Such an incredible mission and since my group didn't have someone from that group, I was given the box to provide to the family. The family was so very grateful for this to the point they were almost on tears. So you know... You cry, I cry. So tears all around.

Ohh... and while we were at the Castro home, Alen was by my side the entire time with all his animals. He obviously could tell I'm a sucker for animals -- his baby kitten, mama kitty, dog and baby chicks. Now I know the rules, I'm not supposed to touch the animals, but that chick.... 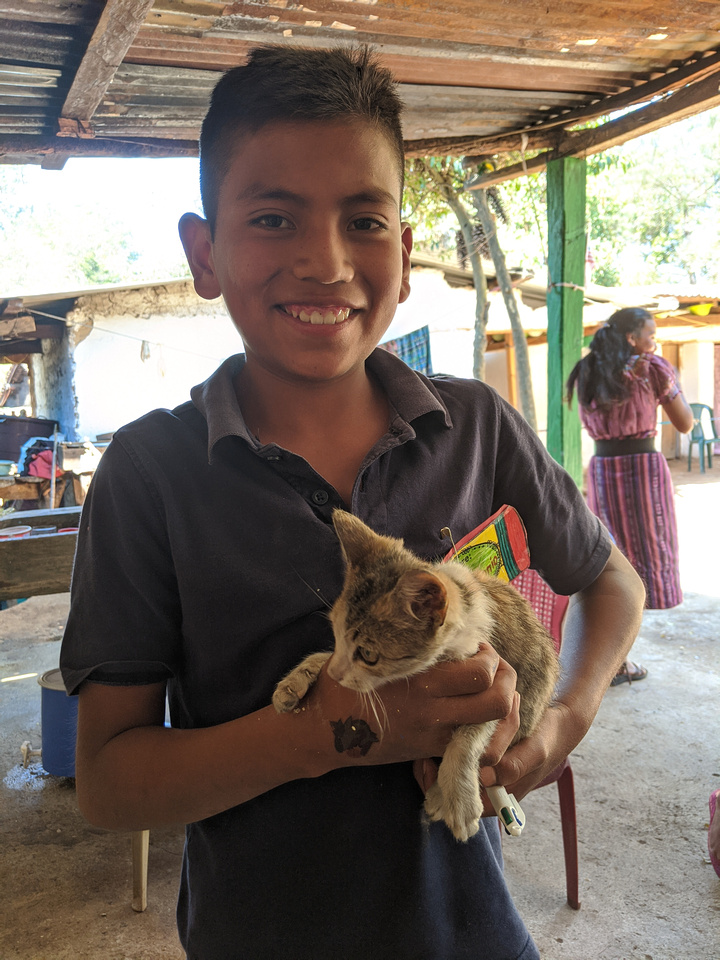 Lunch break and then back to painting. Somehow I lucked into decorating the playground cement! The leader handed me the stencils that were used yesterday for the slides, and I asked her if I could just freehand. This ended up being so much fun! Cassandra helped me with design and then filled in all the big shapes while I freehanded the designs. I wasn't sure what to do next, and a small group of men from the community chose two designs for me. The first one is the national flower for Guatemala - La Monja Black. I was up for the challenge, but what I didn't know is that this group were going to hover over me while I painted! They were so sweet though, because they would direct me to where the stems needed to be and the leaves.  After the flower, they really challenged me to paint a Quetzal which is a very important symbol in Mayan culture. It stands for liberty/freedom, and since that is what they want, that is what I did. Two tries later and I ended up with something semi resembling a Quetzal bird.  The group seemed happy with it...I just wish I had smaller paint brushes for the details -- I ended up using my fingers for much of it. 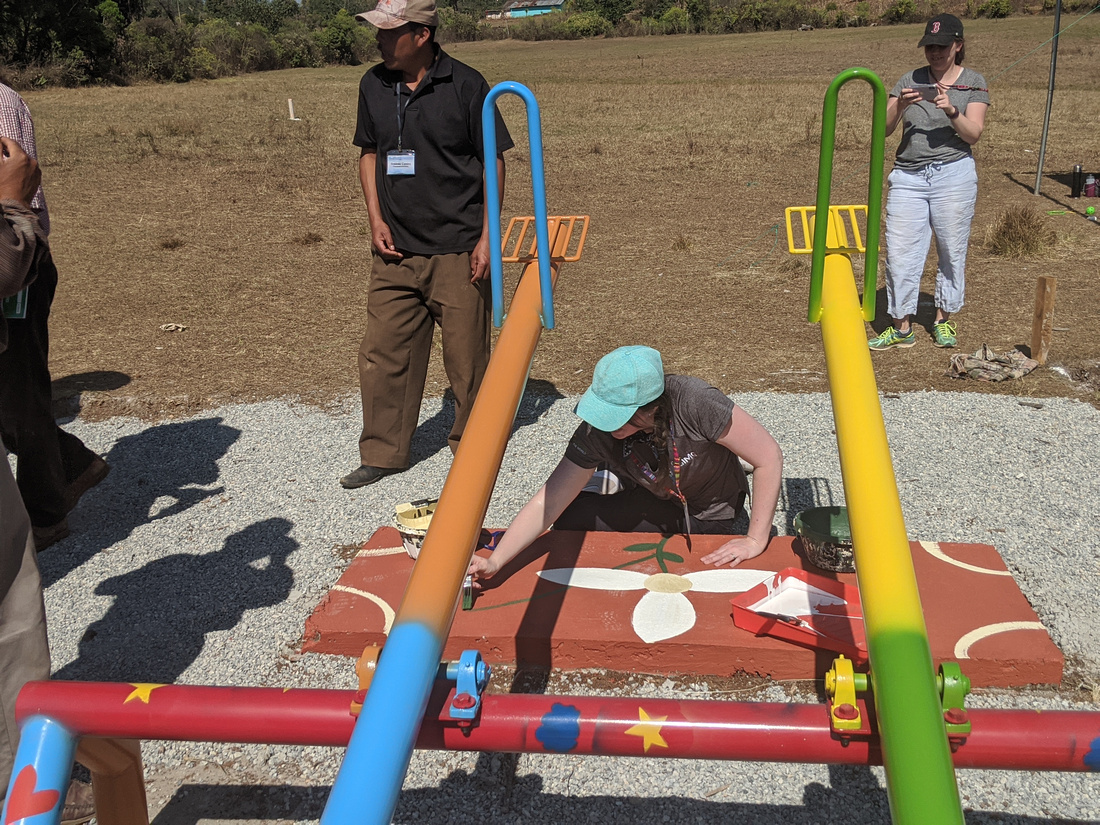 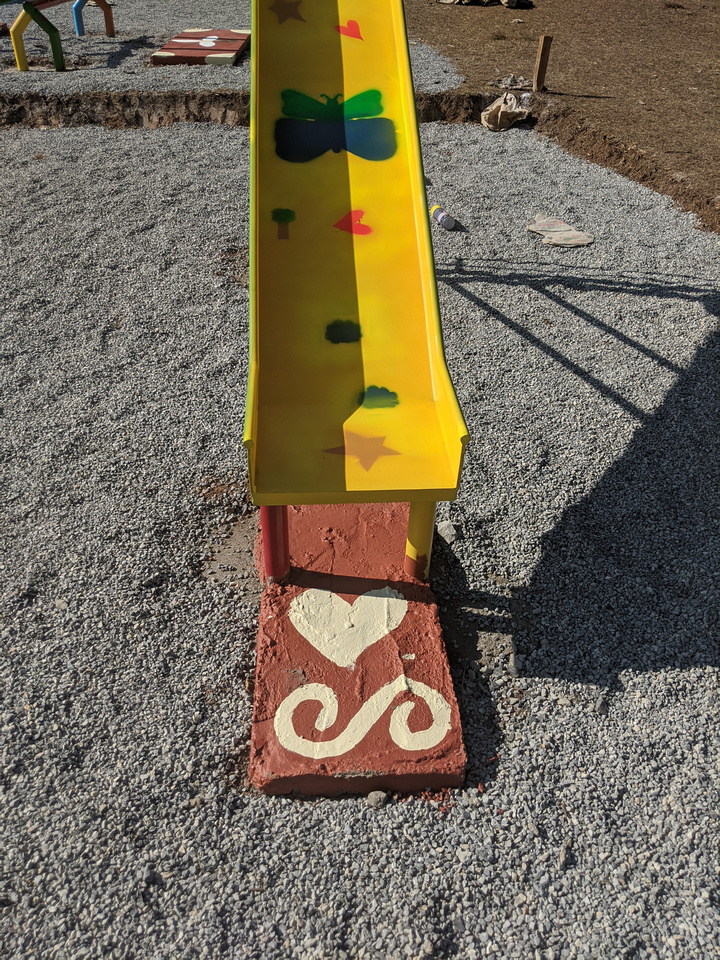 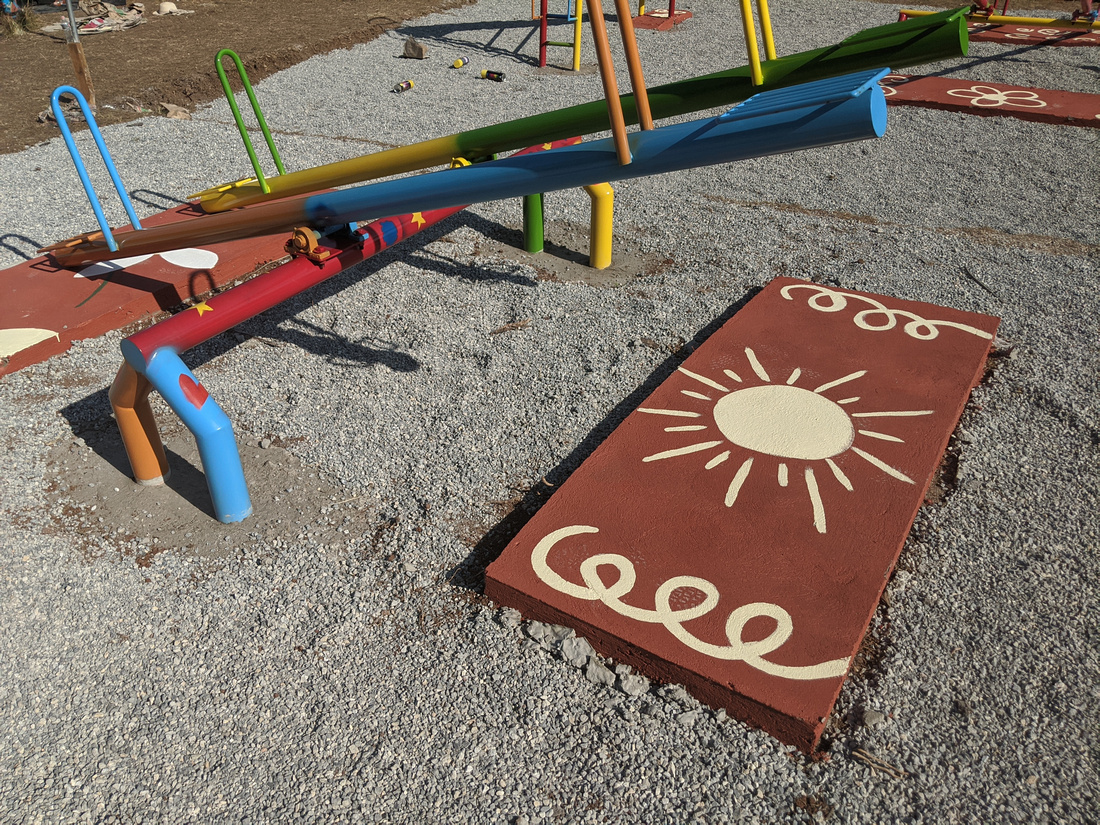 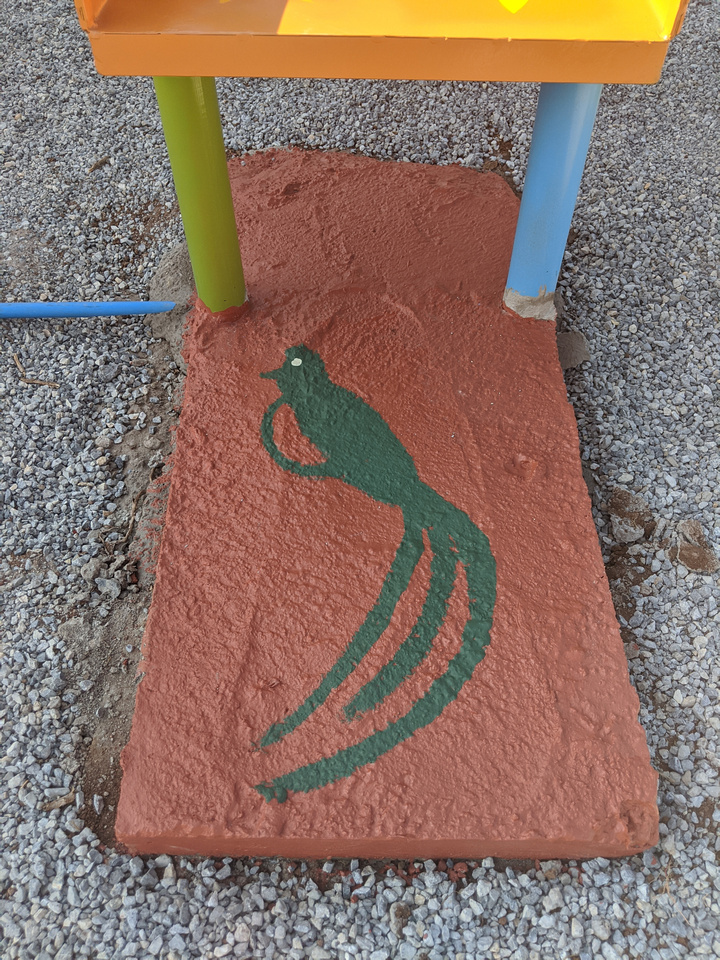 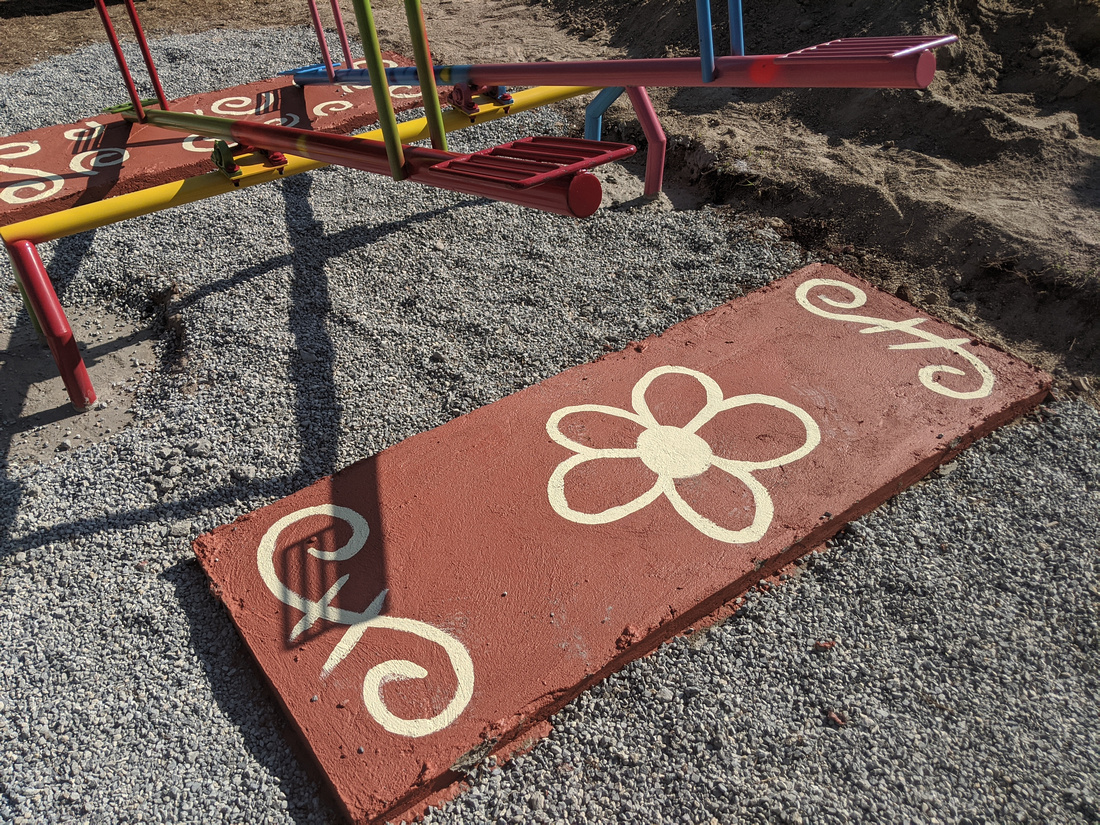 All in all the playground now looks amazing, and I can't wait to paint the mural tomorrow.

We ended our day with dinner at a restaurant in Santa Marie de Quiche -- this is the first time we have been able to order more traditional food and it was really really good!

Such a humbling day with the home visit followed by a creative outlet painting for the kids. I cannot believe all that we've accomplished in this short time, but we really are starting to see the end product coming through. So amazing.