My journey began this morning with Kevin reminding me that I needed to leave my wedding rings with him. For practical reasons, I would be on a construction site, so I don't want to hurt myself or damage the rings. For respectful reasons, diamonds are expensive, and the community we are joining lives on about $4 a day. For safety reasons, flashy jewellery indicates money (rightly or wrongly), so my rings would make me a target not only for robbery, but also kidnapping as I may go for a higher ransom.

The first two reasons are most realistic, but safety issues are real and as a single female traveler, I must be more vigilant in the bigger cities. I have no concerns once we are with the Quiche community, but one can never be too cautious when traveling to a developing nation. Extreme hunger and poverty can make make you do unthinkable things.

I digress... The act of taking my wedding rings off was a little emotional as well... Another reminder that I was leaving my partner in crime behind while I ventured to an unknown land alone. However, I'm thankful he traveled with me to London and also dropped me off at the gate. He's a good egg.

For my first solo overseas flight, all was pretty uneventful. Other than the dreaded SSSS on my boarding pass... the plane was very empty, so I'll had a row of four to myself. The guy in the row next to me was super concerned about Coronavirus - made the flight attendant wipe down his entire seat and he then wiped it down a second time. Armed also with his surgical mask, the faint smell of hand sanitizer lasted the entire flight. 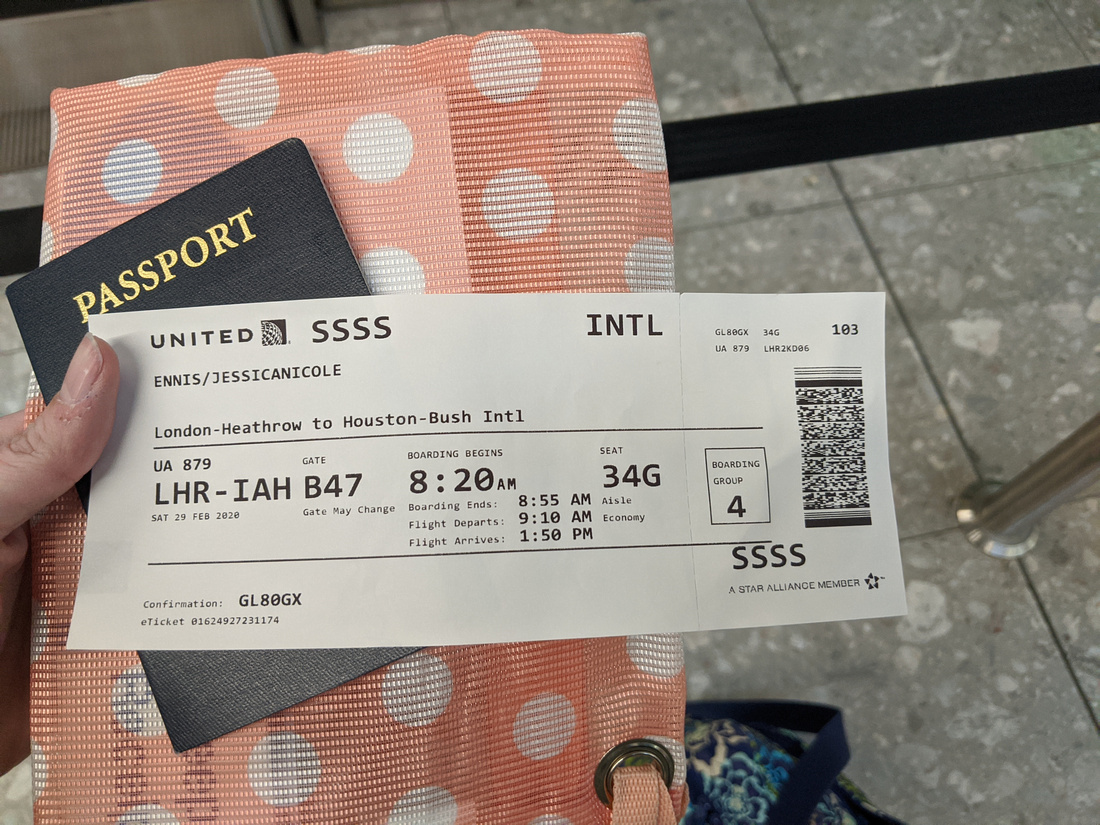 Now that I'm in Houston, I have an intentional overnight layover to hopefully help with jetleg, so I grab my bags and off I go.

My airport shuttle driver (C) received a call from his son on our way to the hotel, and normally I find it weird when a driver takes a personal call, but after he hung up the phone, I understood why he didn't let it go to voicemail.

It was his son calling from Kazakhstan to tell his dad that a peace treaty was just signed and he might be coming home (breaking news then confirmed this). His son just shy of 21 years old is serving in the US Air Force. You can just tell how proud dad is and how thrilled he was to receive that call.  He told me the war started the year his son was born - his son has known nothing but the US at war. Let that sink in a bit...

I soon learned that C is originally from Belize and that he came to America for a better life. When he asked me if I had ever been to Belize, I sadly had to tell him no...but I was headed to Guatemala tomorrow. His initial reply? "Guatemalans steal land. They are trying to steal our land still." He then painted me a picture of the conflict of his homeland to which I had no reply. Asking me if I would be close enough to Belize to visit, I shared that I was traveling to the Quiche/Mayan area of Guatemala to build a school so I won't have time to travel to Belize unfortunately. This instantly changed his perspective of me - he said that the Mayans are peacemakers. They fled to the mountains to avoid the conflict instead of engaging in it. He has much respect for the Quiche people (he pronounced this Ki-chay and not kee-chay as I have been). I suspect that he is right.

Our conversation shifted to his asking about me and where I call home. Such a hard question for me to answer, so I used the easy answer - I just arrived from the UK which is where I live right now. C asked if I had been to Paris - he and his wife dream of visiting Paris one day. Anyone who knows me knows that Paris is my favourite, and so I tried to paint him a picture. His smile was wide when he responded that Paris is often in the background of his dreams.

Arriving at the hotel, he bid me farewell and good luck and thanked me for helping the Mayan people. They are pure and deserve all good things. Such a unexpected, but lovely conversation.

I checked in early to my room as it was ready thankfully and dropped my items off. I needed to do some last minute shopping for paintbrushes and snacks, so I started looking at the area around me. Fortunately I have a connection to Houston, so I texted her to make sure I found what I needed. After a helpful chat and a warning of the immediate surrounding area, I set off for my first stop.

Yet another lovely driver - this time a girl named Payano. She was born in the Virgin Islands to Dominican parents who moved to the US for a better life (theme, much?). I shared my grandfather lived in the Dominican for a number of years, and it is a beautiful country to visit. Payano was really excited to give me suggestions for my time in Houston to which I had to disappoint her with the news that I had barely 15 hours in Houston before I flew out. She asked me 'in Spanish' if I spoke Spanish and to her delight I replied 'un poco'. Nice little practice before I head farther south. Arriving at my stop, we said farewell and I was off to shop and eat.

Or eat then shop. I stopped to eat at Taco Cabana -- really good! They even had sopapillas with honey which just made my day! 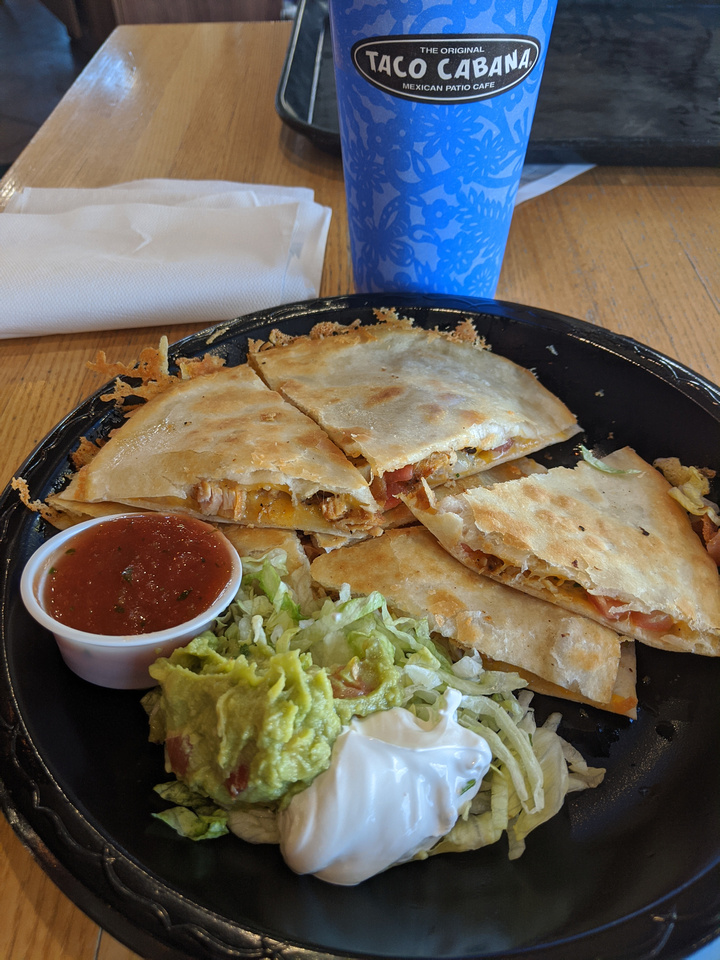 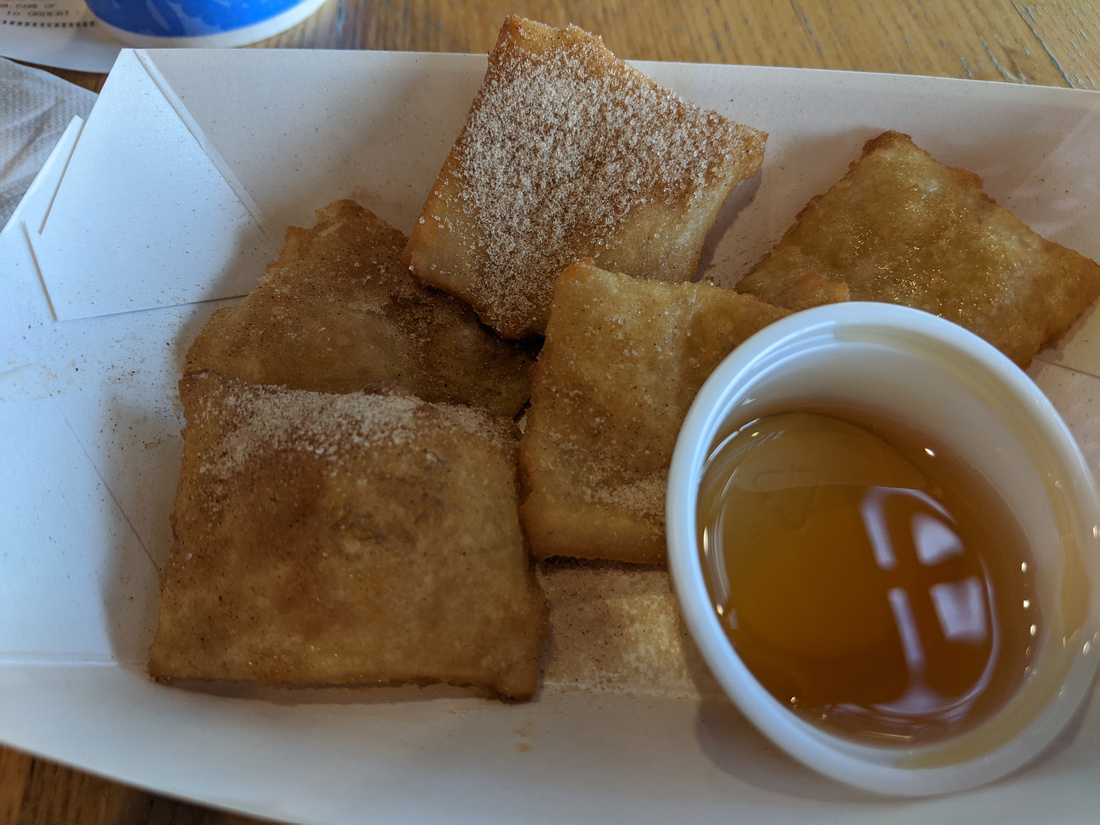 Quick-ish stop in Walmart  for random shopping and then back to the hotel to relax. My last Uber driver was less eventful, but did double my trip by missing his turn multiple times -which I said I didn't mind in the car, but it ended up doubling my cost! Oh well...

Tomorrow I meet up with my fellow colleagues at the airport to travel together to Guatemala City. Here goes nothing... 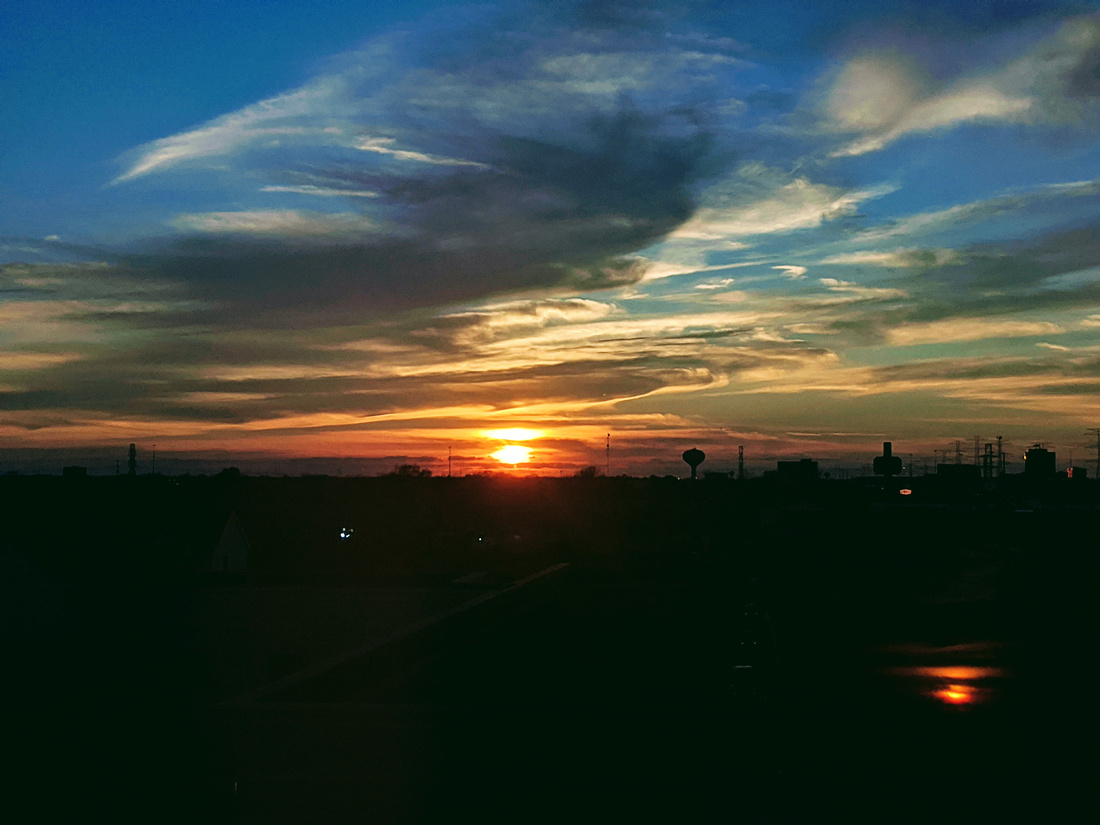