Because we failed buying tickets for the exclusive underground temple (Ħal Saflieni Hypogeum), we started moving early to see if we could be one of the lucky recipients of the eight last minute tickets available. This temple only allows 8 people per hour due to the underground eco system. Because it is January and because we arrived promptly at 9am, we scored tickets for noon that day!

With a couple hours to burn, we wandered around the capital. The Upper Barrakka Gardens, the main gates into the city and lots of quaint little streets.

We then "bolted" (aka ubered) to the temple, and met Abdul - our most entertaining driver so far. By the middle of the trip, he was talking politics and war. Abdul very seriously said "When two big animals fight, the grass suffers. We are the grass.".

I looked this up as he stated it was an old saying, and I thought it might have been in the Quran or the Bible.  It is actually an old African proverb which states "When two elephants fight, it is the grass that suffers most".

Abdul also seemed really confused about our drop off location, as it seems he doesn't come to this temple often. With only 8 visitors an hour, I can see how that's true.

Having been discovered in 1902 during a water cistern renovation, it was initially kept a secret until full excavation. Unfortunately the initial excavation was not well managed and many of the artifacts were discarded without being catalogued. It was opened to the public in 1908 during excavation and until 1992 it was used for many different things (playground, barn, etc) which ultimately damaged much of the history, but what was preserved was quite incredible. The tour lasts about an hour and included an audio which talked you through the history. It also played ominous music which made it a bit creepy walking through.

The temple has its own ecosystem which was destroyed in the early days of touring which is why they now limit the amount of people. They pump in oxygen to counteract the carbon monoxide that humans release, have the lights very low, do not allow photography and keep a steady temperature.

All in all, it was worth the visit... A bit expensive, but that money goes to preserving the temple which makes it worth it.  I ended up buying a couple of postcards since we weren't able to take pictures inside.  Such a beauty. 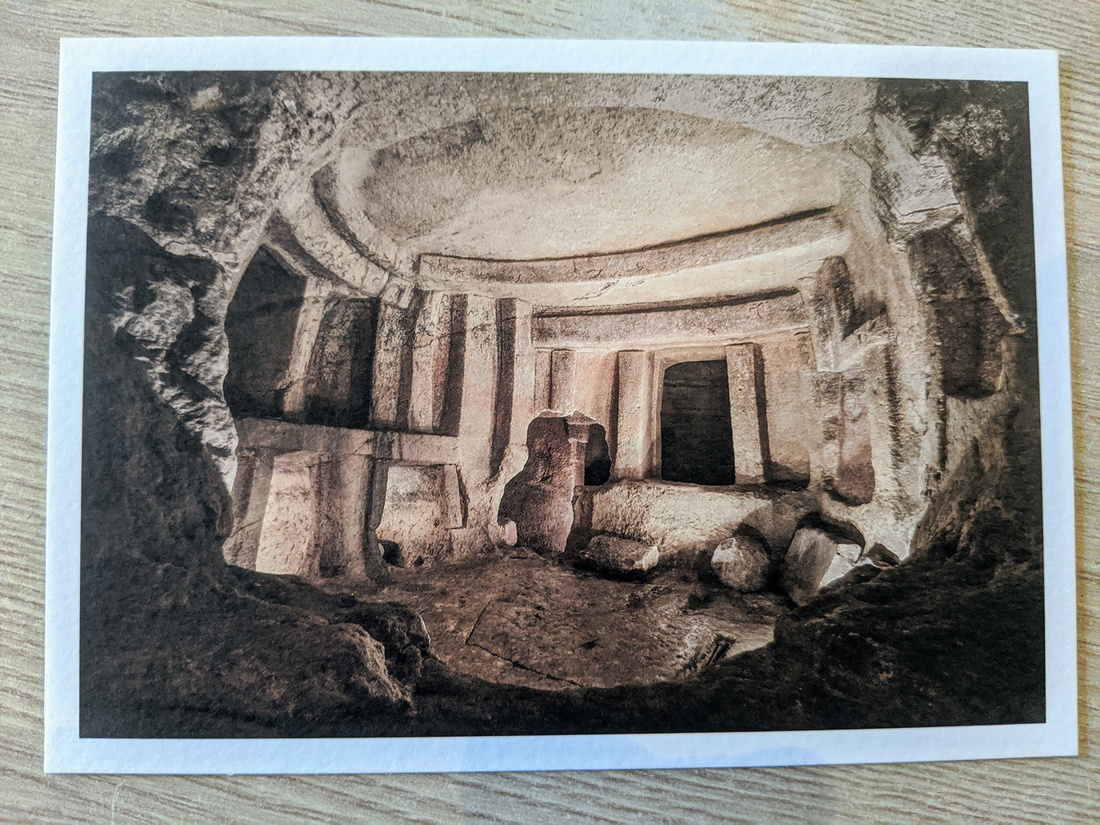 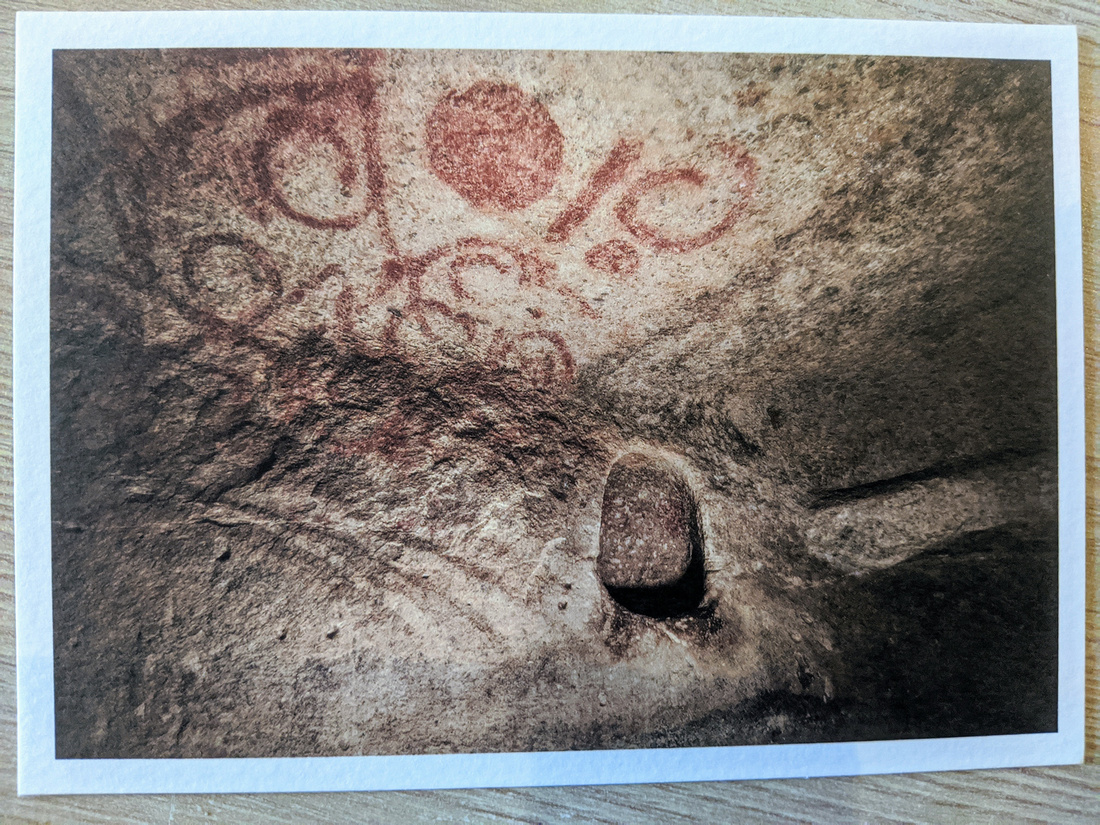 The Hal Tarxien temples were a couple blocks away, so we wandered over there to explore a bit.  These temples were discovered in 1913 when farmers were complaining that they were hitting rock with their farm equipment. An excavation later, and there was a full temple!

This temple is where the famous leg statue was found (our keepsake for the trip is a replica). There was obviously a top/head, but the material used is so fragile that it had all crumbled away before discovery.  The bottom of the statue is still in Malta for viewing.

For being hit repeatedly by farm equipment,the temple was in great shape and worth the quick stop. 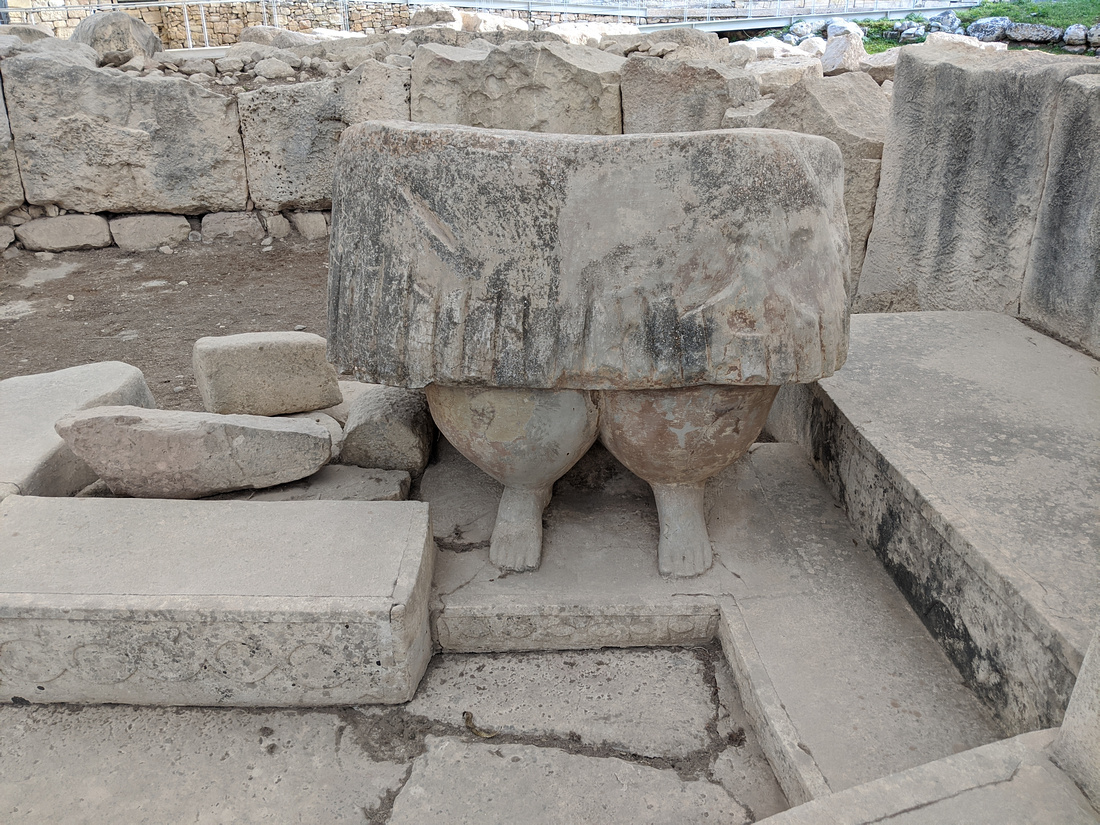 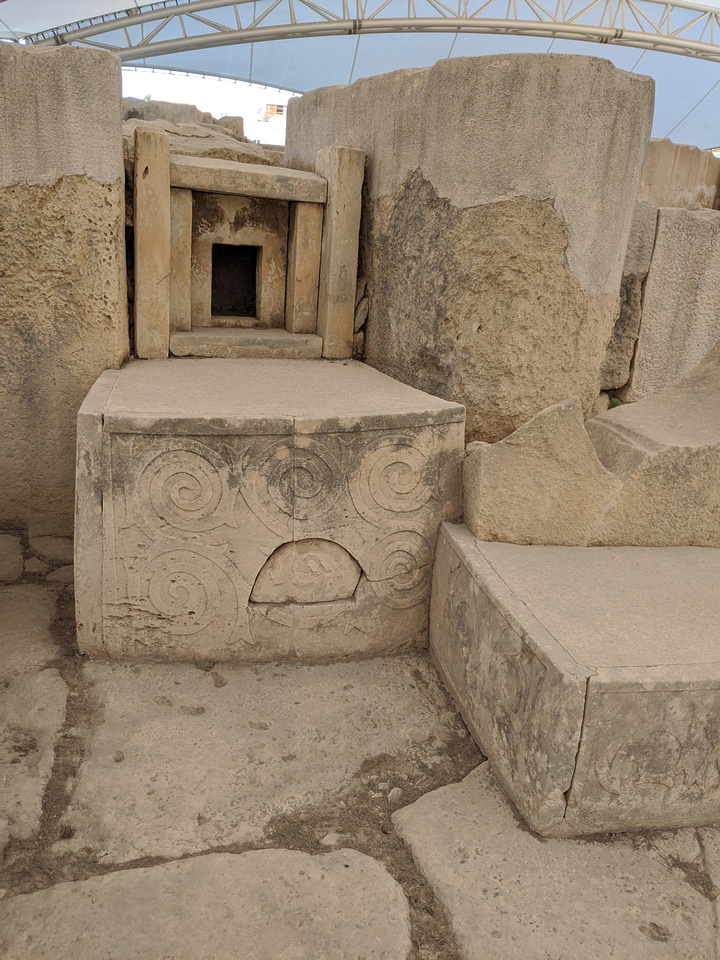 By this time, we were hungry -- too late for a regular lunch and too early for dinner. I remembered that I wanted to try one of the traditional Maltese snacks - Pastizzi - which is like a flaky but crunchy raw pasta like crust filled with a ricotta mixture. (Could also get it filled with mushy peas, but even on a good day I can't stand those).  It was very buttery and quite good. Perfect afternoon snack to tide us over to dinner. 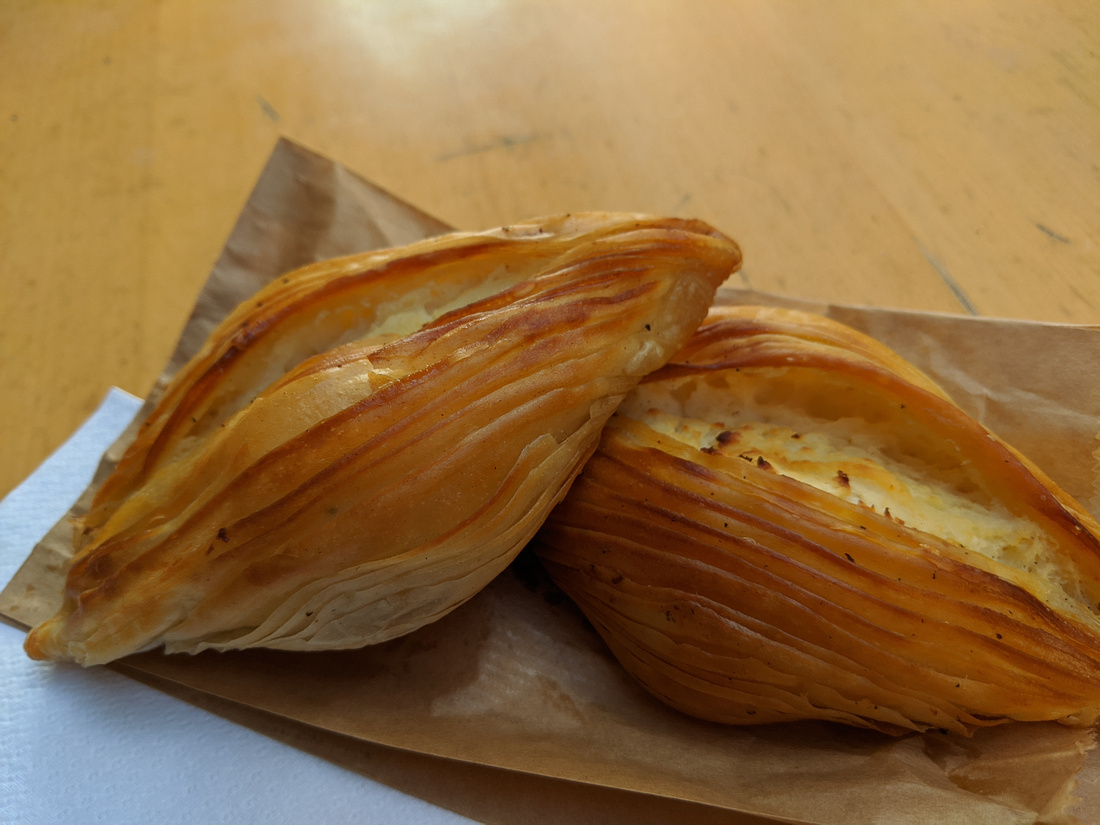 We wandered through another park and then stumbled on a hiking path along the water. So glad we did, because it was beautiful. I always forget how turquoise the water is on this side of the world. Probably because I grew up on the muddy Mississippi. The color is indescribable, so pictures will have to do. 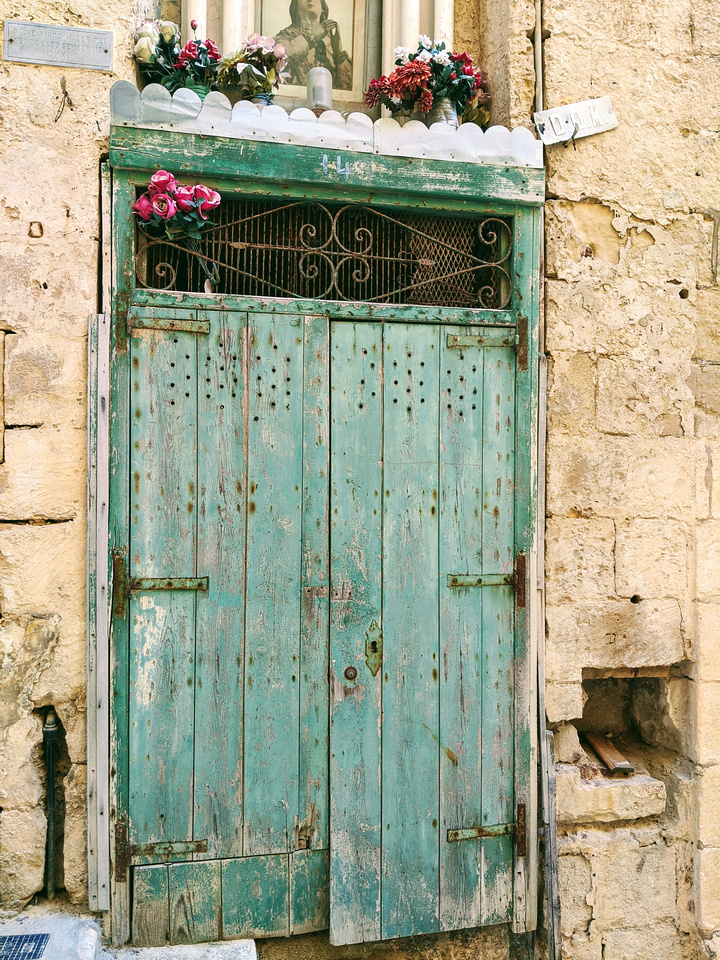 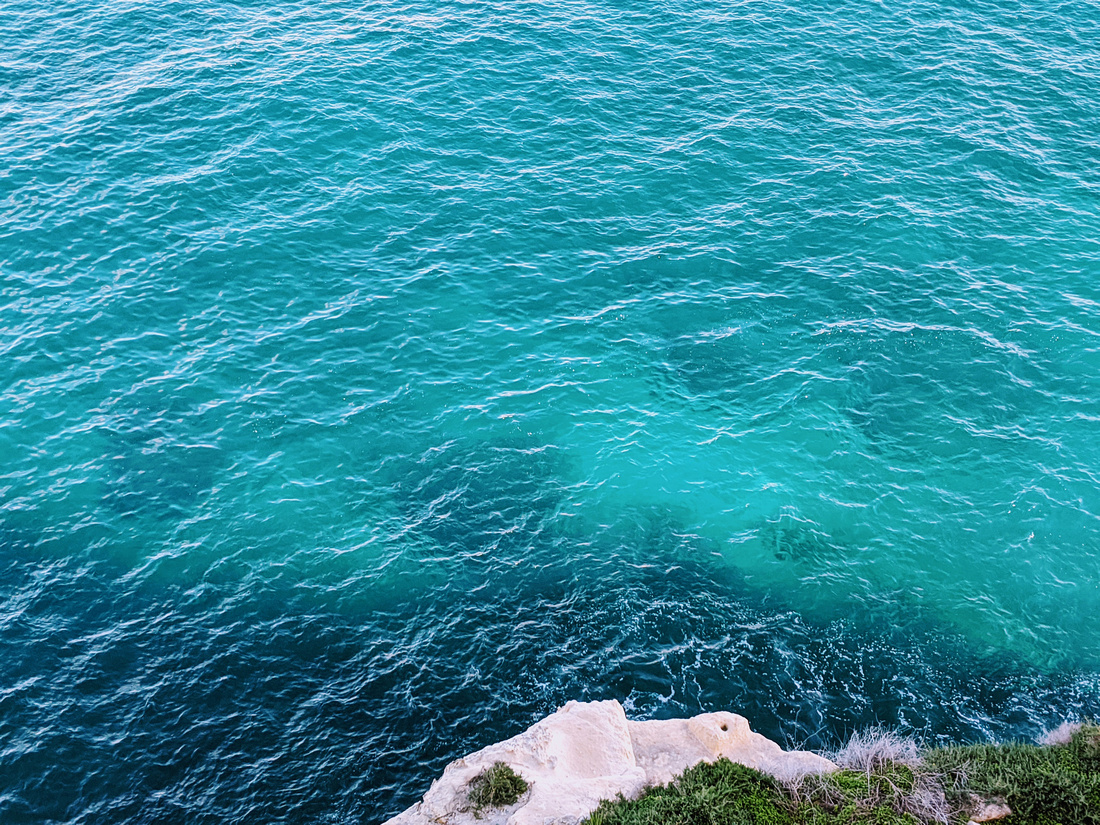 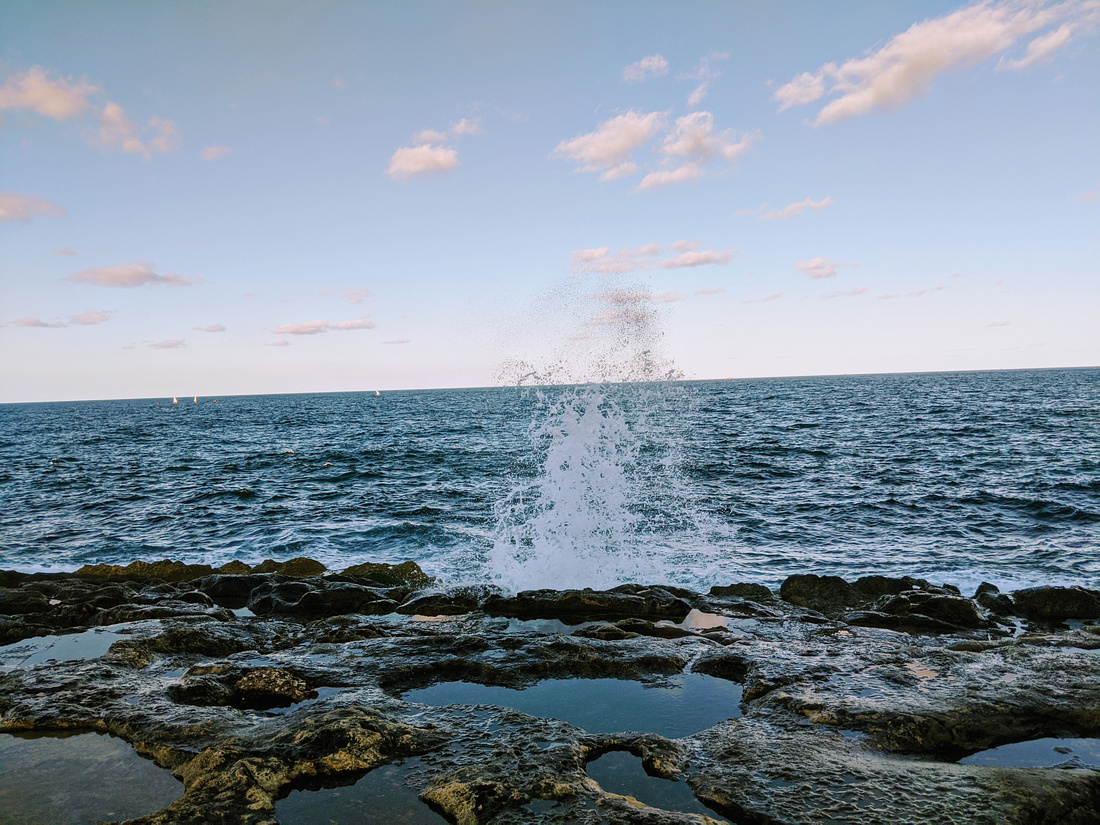 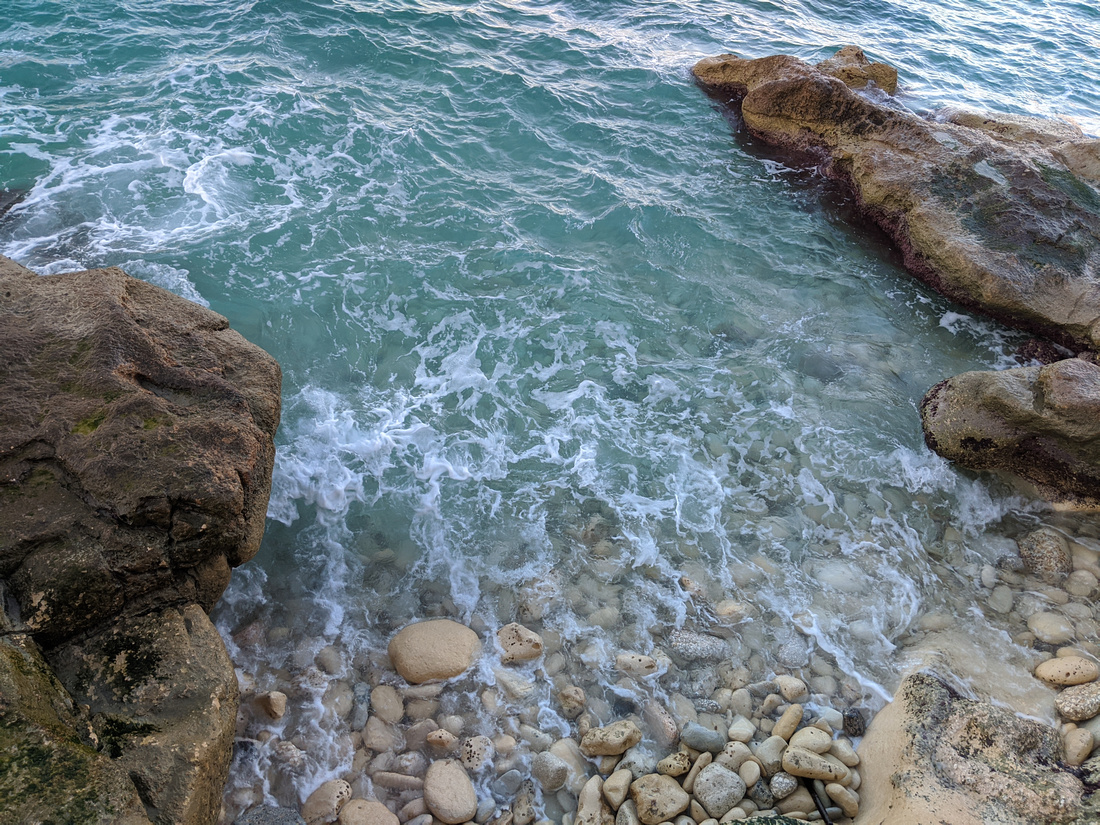 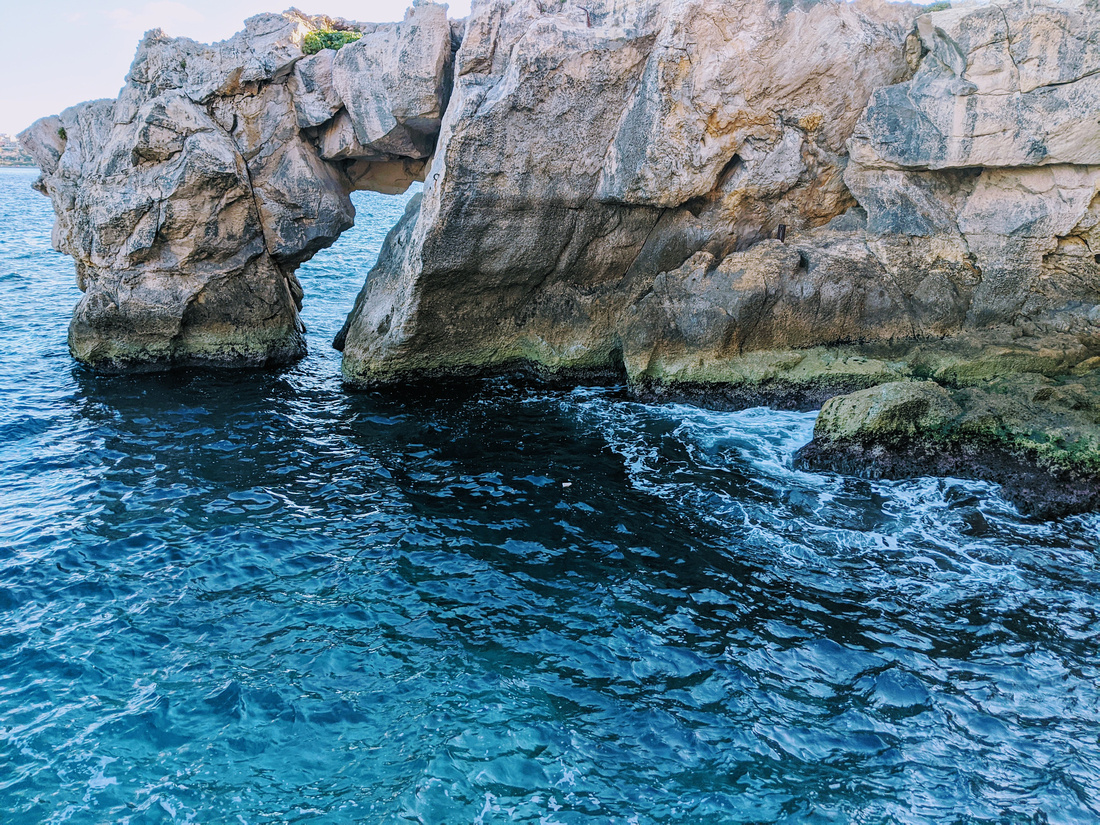 Wrapped up our day with a restaurant that makes homemade pasta and a stop on our rooftop terrace to look at the moon and constellations (Cassiopeia was out bright!). 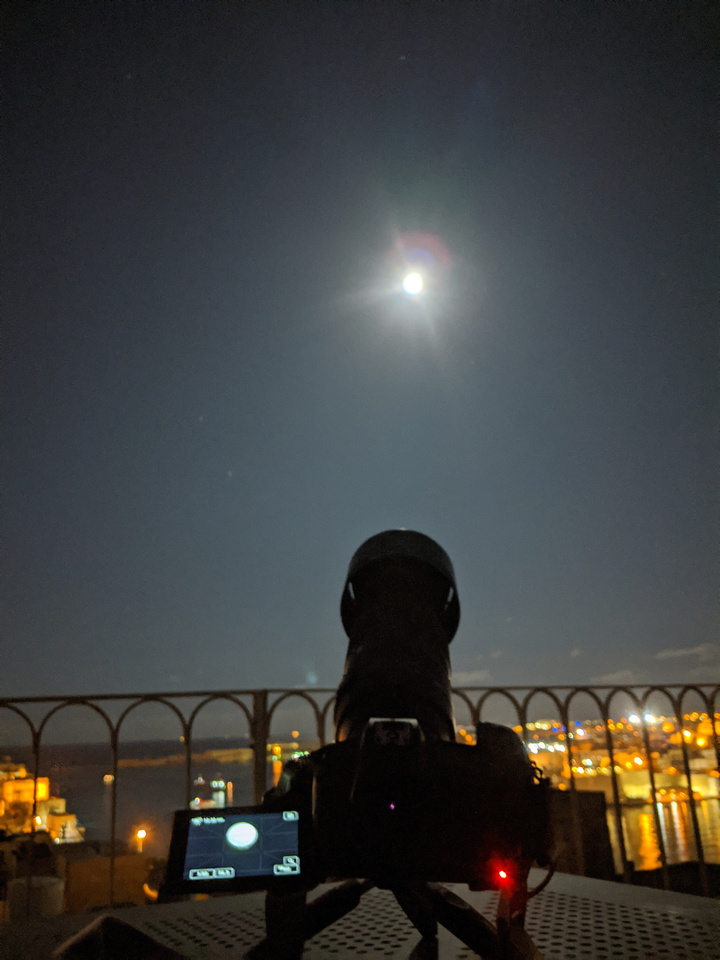 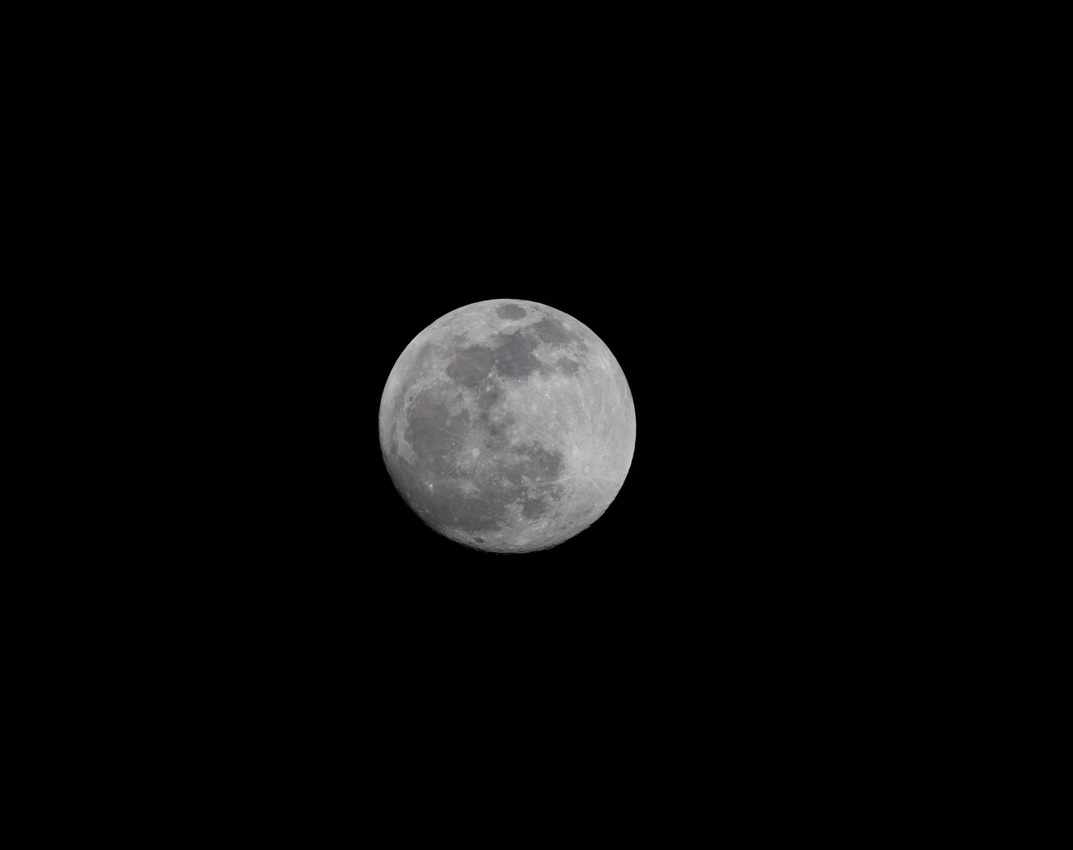 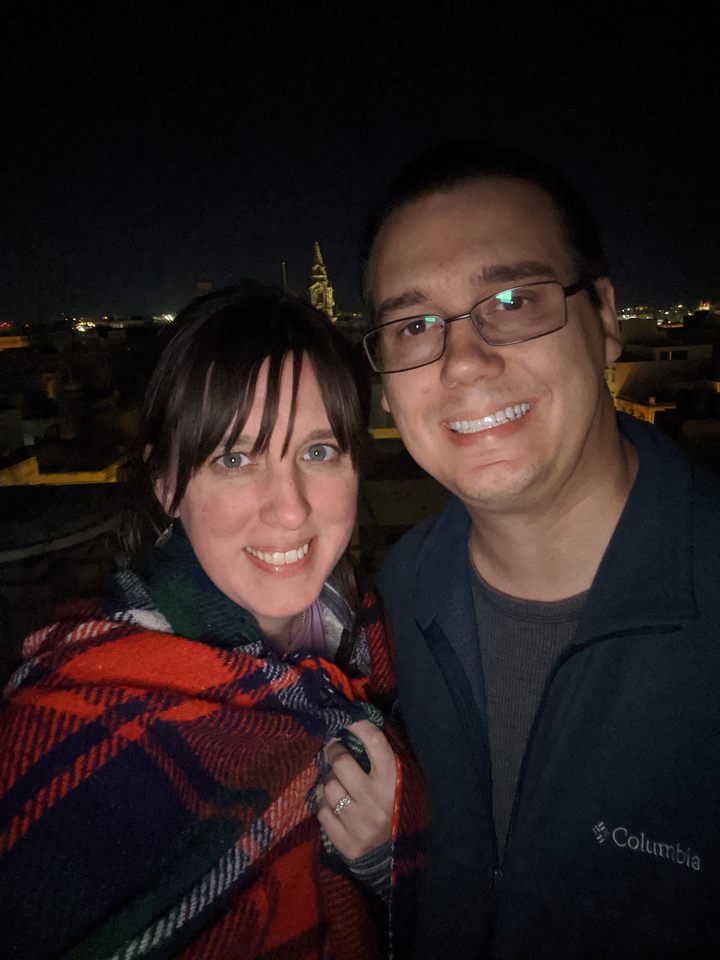 Long, long day! Tomorrow we head to the neighboring island of Gozo and more exploring.