Day 2: All the Paris Things

Today is the day we have been waiting for (well not Keval cause he seemed to think going to his Cardiology conference was cooler than baking..)!

Kevin, Hima and I arrived a bit early, so we explored Montmarte a little. Hima had never been, so a short stroll through the redlight district and a quick visit to the Wall of Love before heading back to our class. 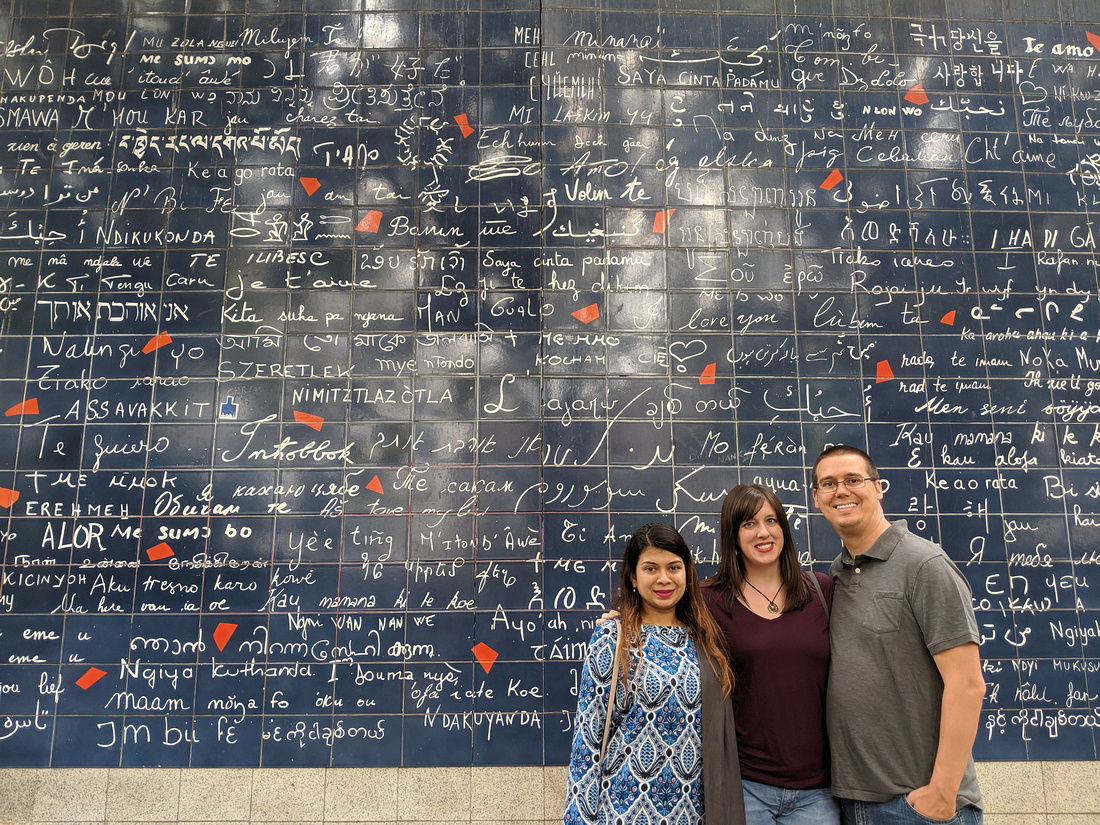 We booked a private baking class with a lady who teaches out of her own kitchen. We chose chocolate macarons as our challenge, and I think we did it justice. The real test will be duplicating the results at home without Aurelie! 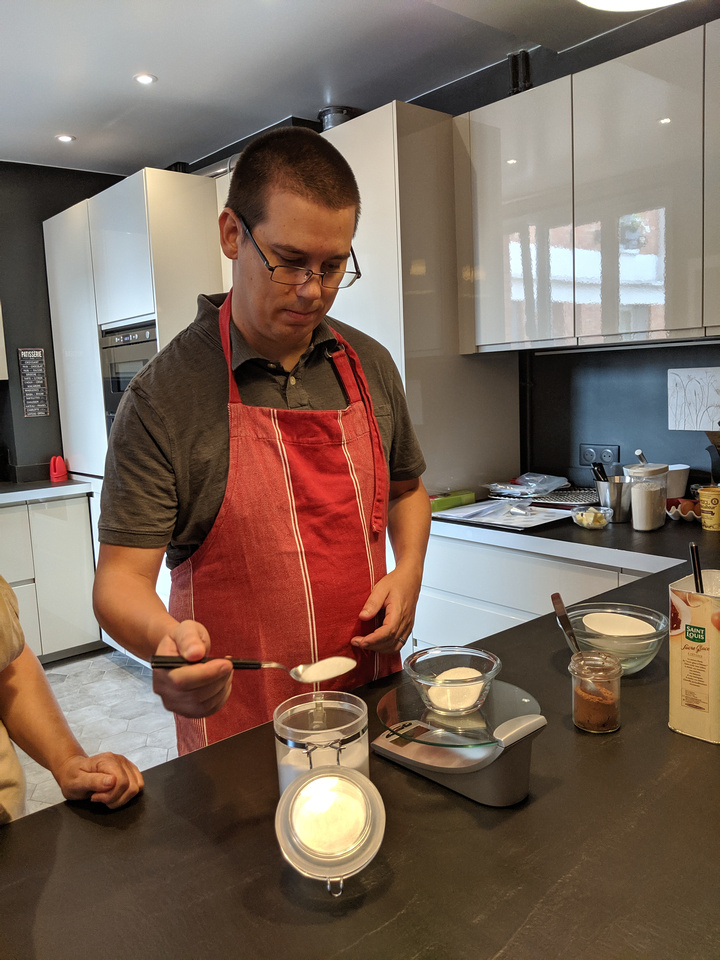 We had time while the macarons were setting up to also learn how to make Honey Mandolins which were quite good as well. Kind of like a breakfast muffin. You actually should make the batter the night before and keep it really cold in the fridge before baking. 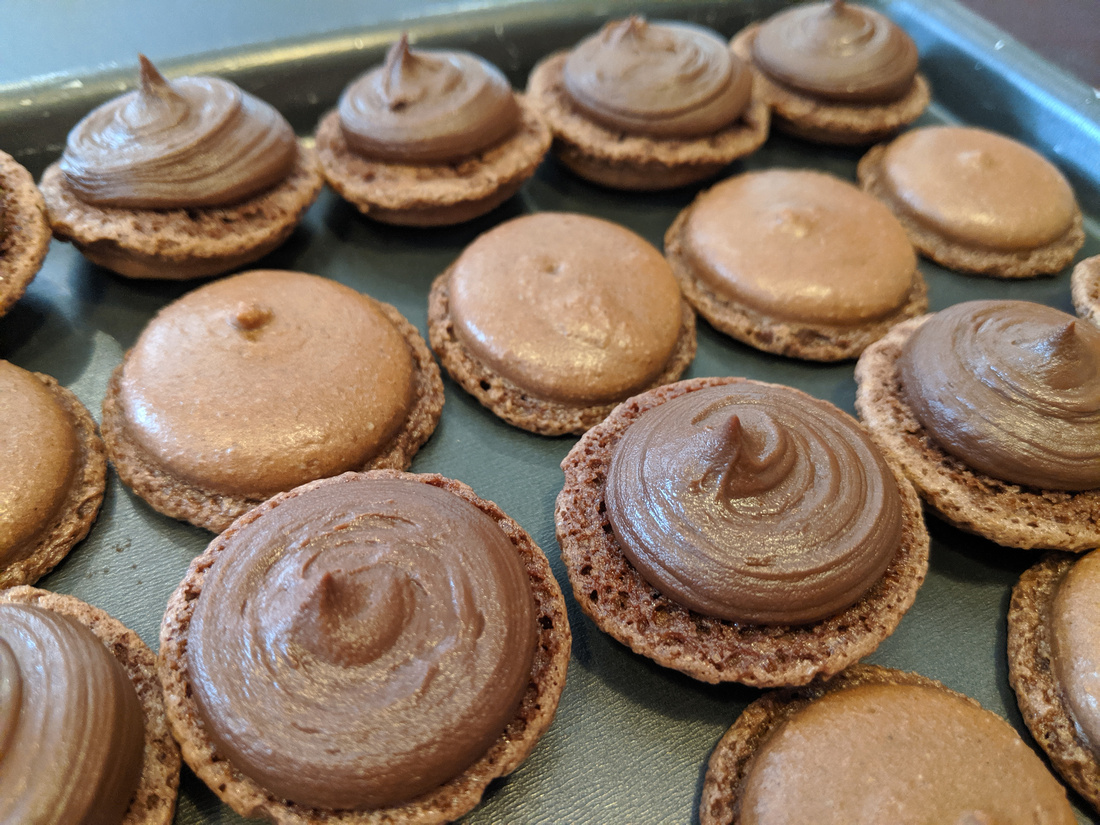 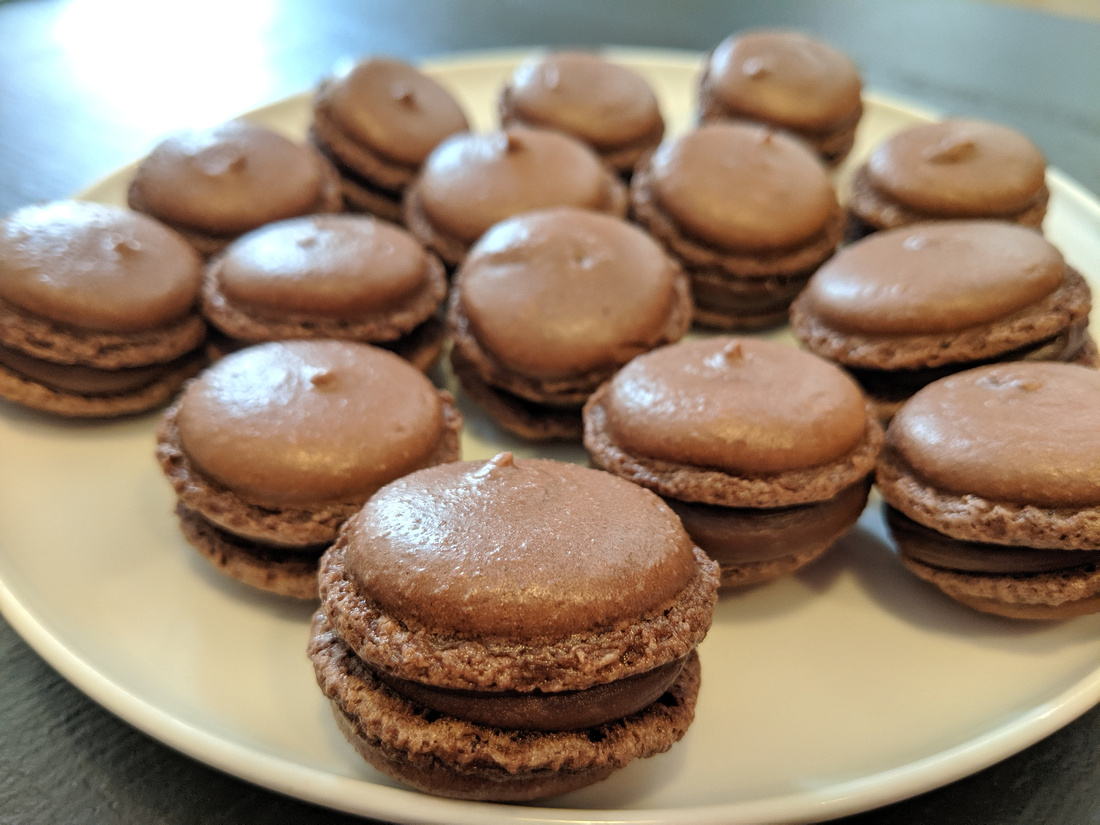 We spent about three hours with Aurelie and it was worth every €€. We are already looking at booking another class with her next time (plus she has an Airbnb that we could book)! 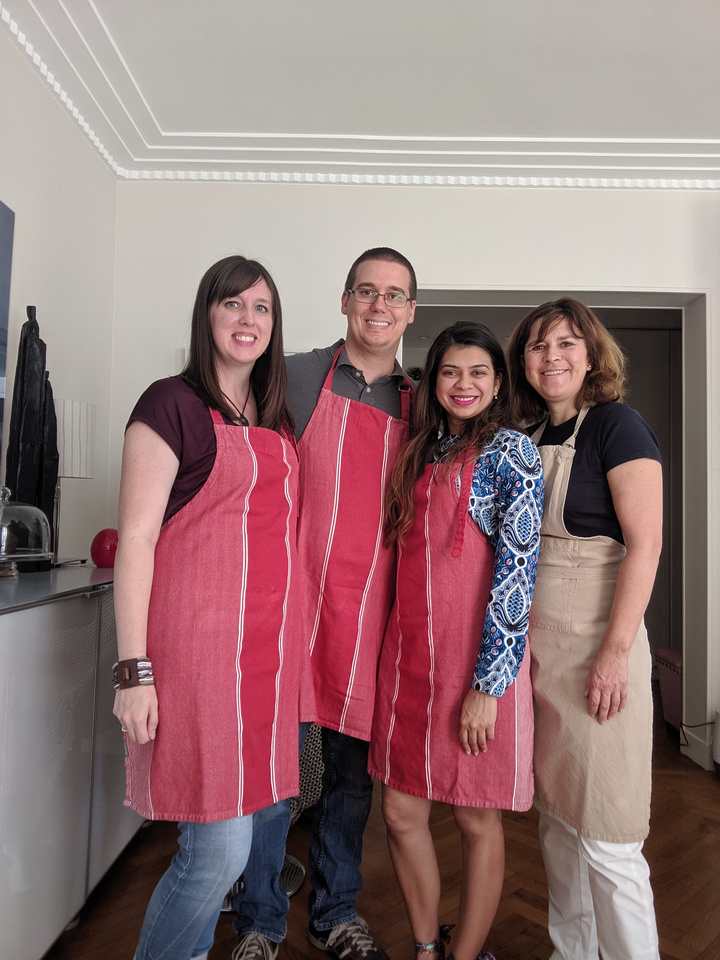 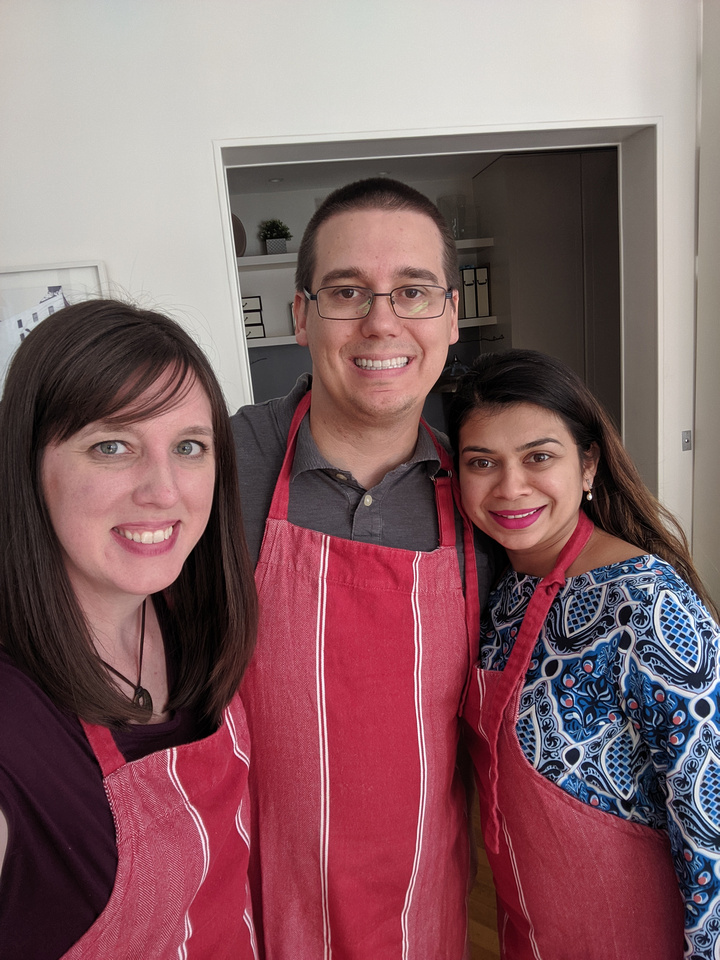 ​​​​​​Keval chose our next stop - the Musee D'Orsay. This is across from the Louvre, and ended up being free for the day. Lots of art and a huge collection of Impressionist and Post Impressionist art. I typically do not enjoy art museums, but I do love Impressionalism. The Monet's and Dega's were just breathtaking. Truly a magical experience to see the classics in person. A temporary Van Gogh exhibit rounded out the era of Post Impressionalism with his famous Starry Night. Overall, a worthwhile museum even for a non art enthusiast. 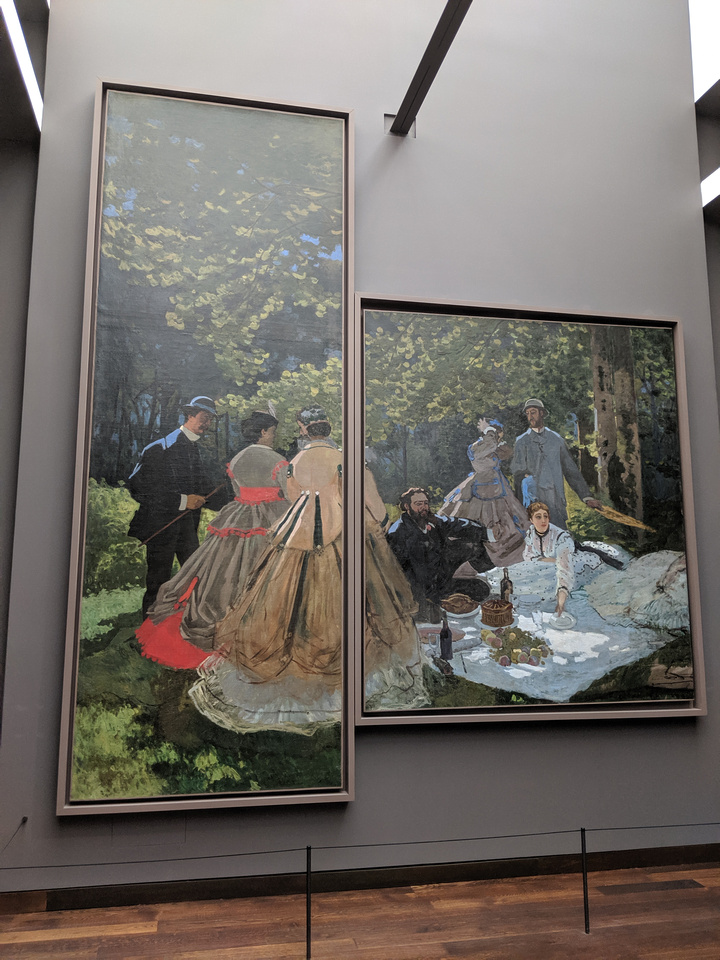 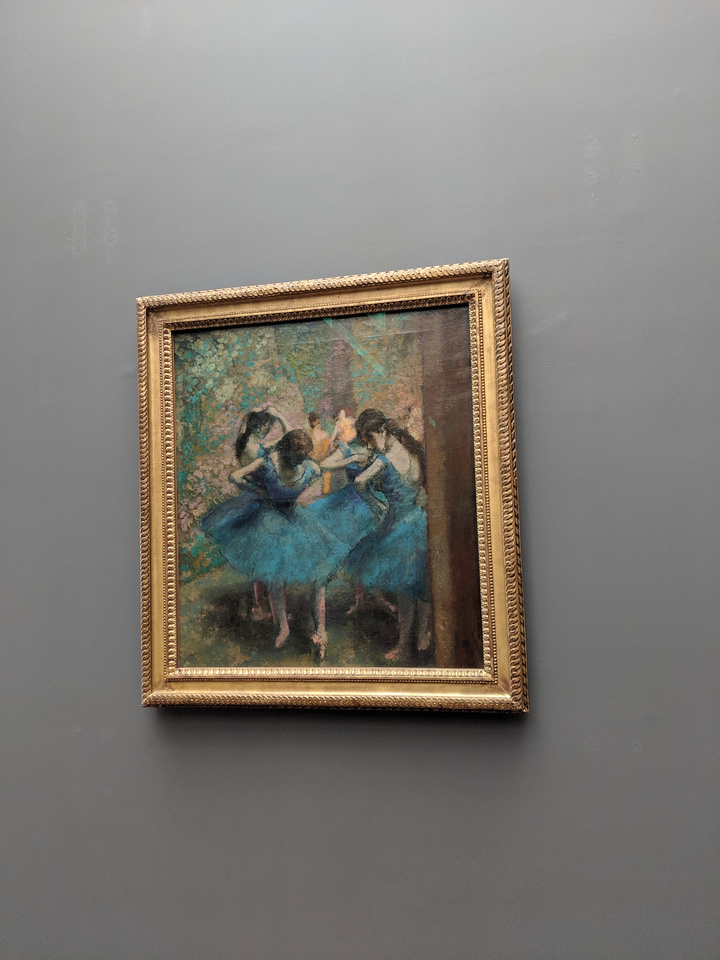 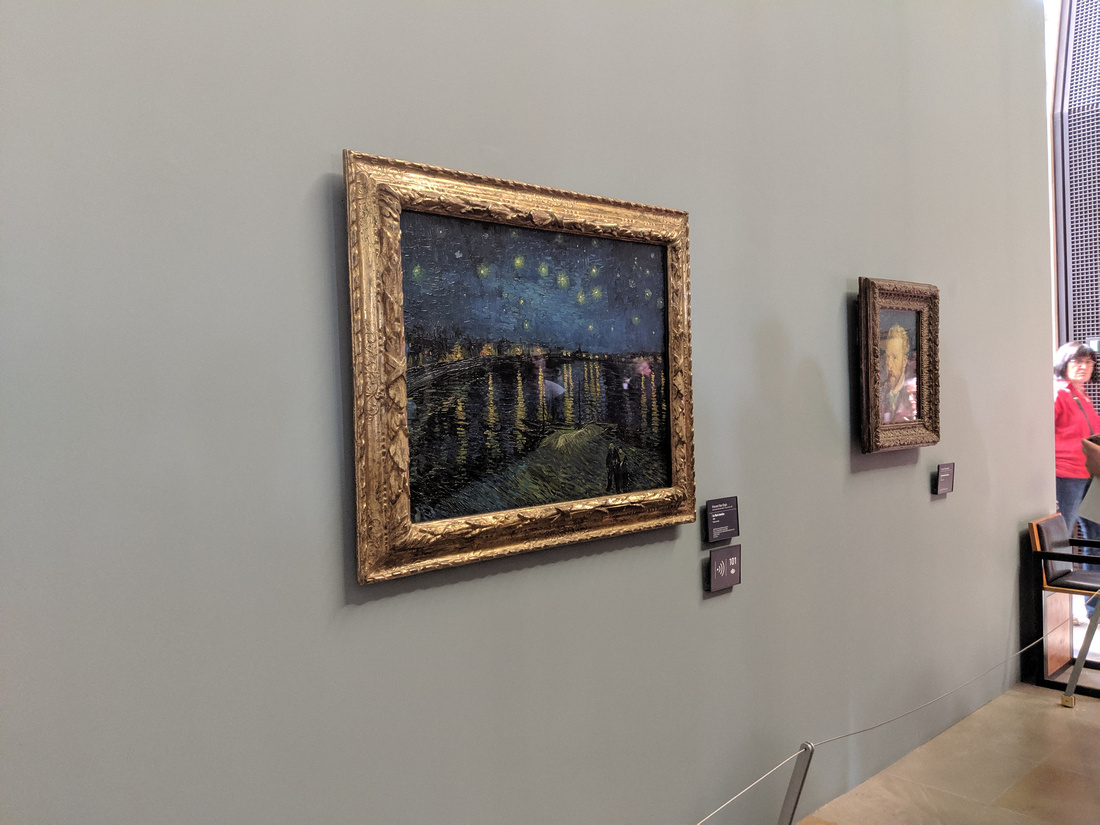 Next stop? Angelina's! If you follow us around the world, you may remember this place. A recommendation from my boss years ago has become my number one recommendation for anyone traveling to Paris. Myself included! They have an Old Fashion frozen hot chocolate drink that is to die for... We all ordered one. Plus the girls ordered real sustenance while the boys just ordered dessert. Nobody walked away unhappy from this stop. 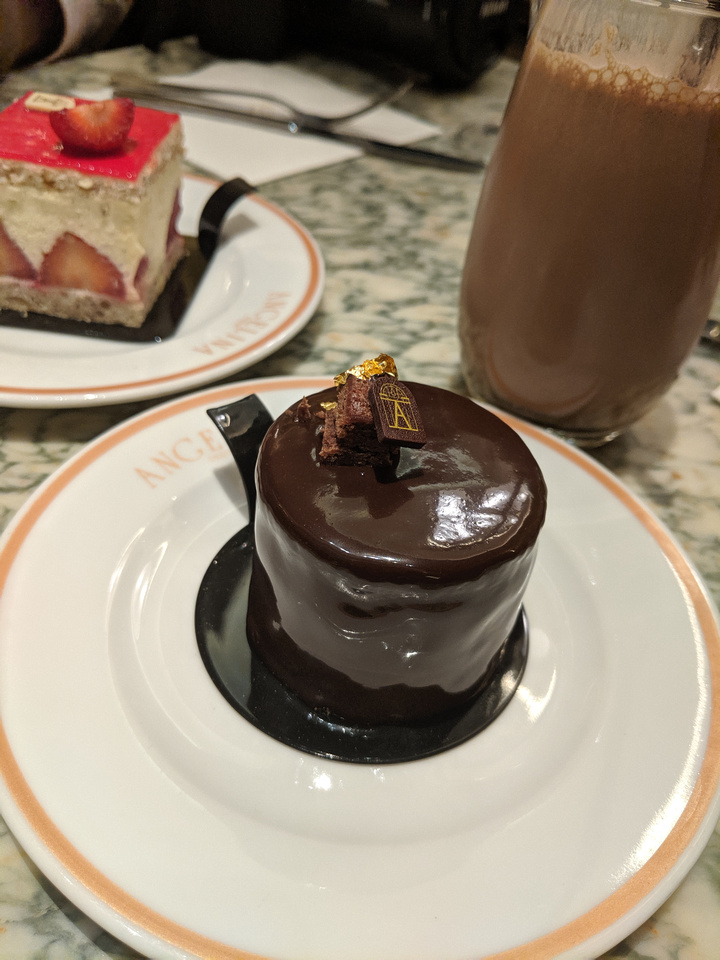 Did I mention that our day was jam packed full? We aren't even halfway done!

One of the tourist activities we have never done is a boat tour of the River Seine - we attempted to board the 6pm, but we missed it, so instead of waiting around we rearranged our trip to end with the boat tour. Which means we had to head to dinner next.

7pm reservations for Blue Elephant - a recommended Thai restaurant. I know what you are thinking... Do you even like Thai food? The answer is... I really have only had it once and Keval really wanted to go. Turns out, it was my favourite meal of the entire trip. Kevin ordered a lamb curry, but I had Cashew Chicken. Served in a pineapple. So freaking delicious that I ate it all (except the mushrooms which were quickly extracted from my plate onto Kevin's). Highly recommend this restaurant if you like Thai or aren't sure if you like Thai. We all agreed it was delightful. 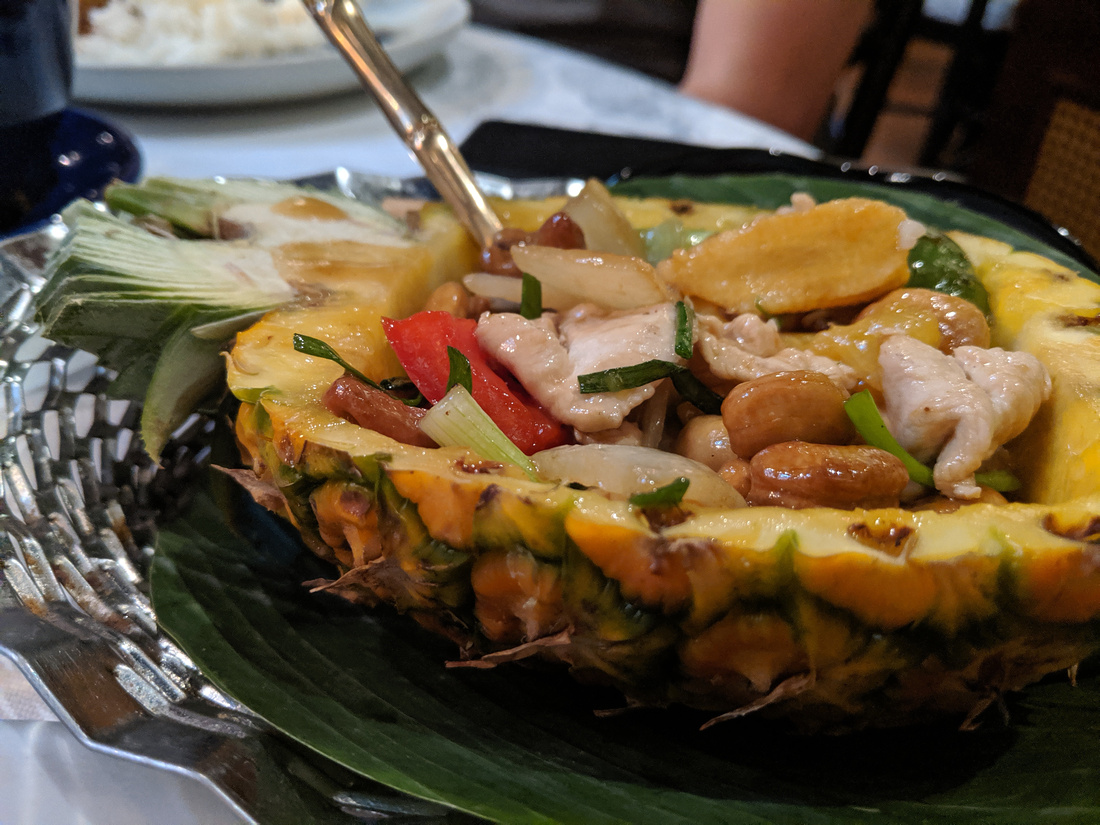 Dining in Paris can be an hours long experience if you don't move the restaurant along, so because we still had two more things to do tonight we had to keep them moving. We jumped in a taxi after finally paying our bill (after confusing the poor new waitress who apparently never had a chip and sign card before).

We ran up to the Tower of Montparnasse, ran through the ticket line with two minutes to spare. Up 56 floors on a scary elevator and burst upstairs just in time to see the 9pm Eiffel Tower sparkle. 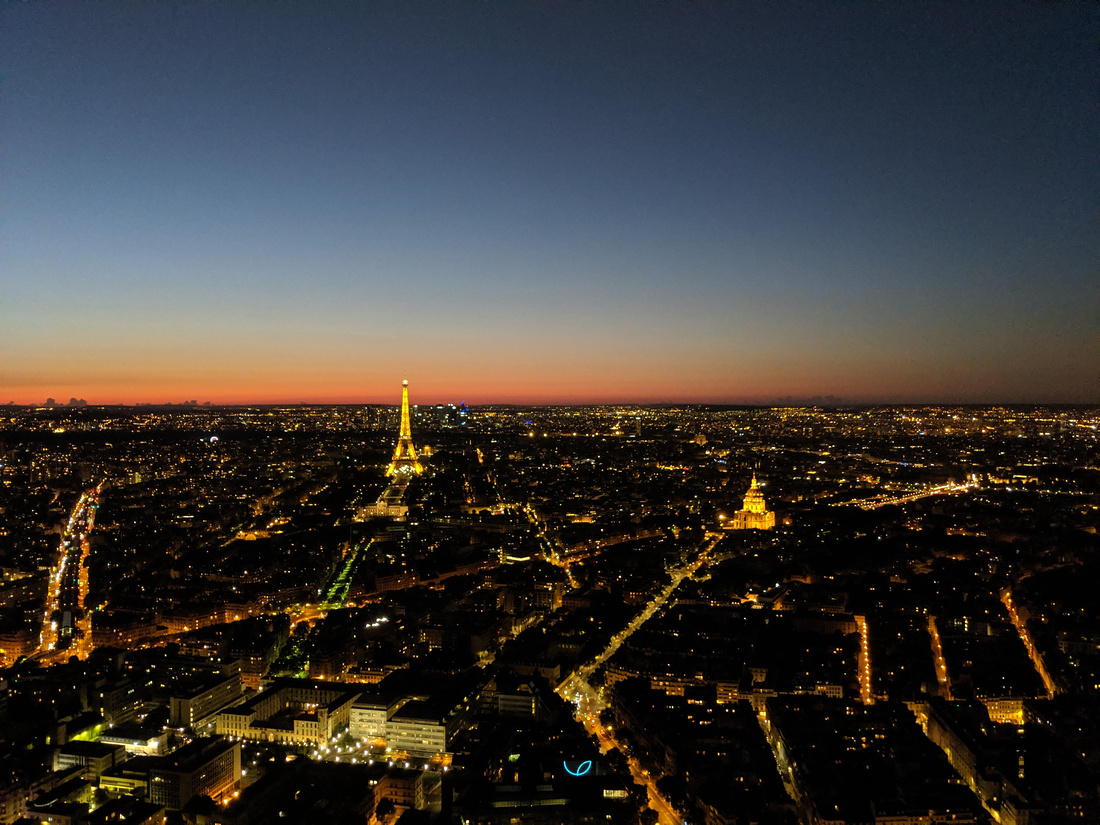 I've never gone up in the Eiffel Tower - mostly because it's expensive and once you are up there, your view is just the city.  In my mind, the view should include the tower! Montparnasse Tower does just this. You get a 360 view of Paris and if you time it right you can see the sunset and the entire city lit up. It was quite a sight. 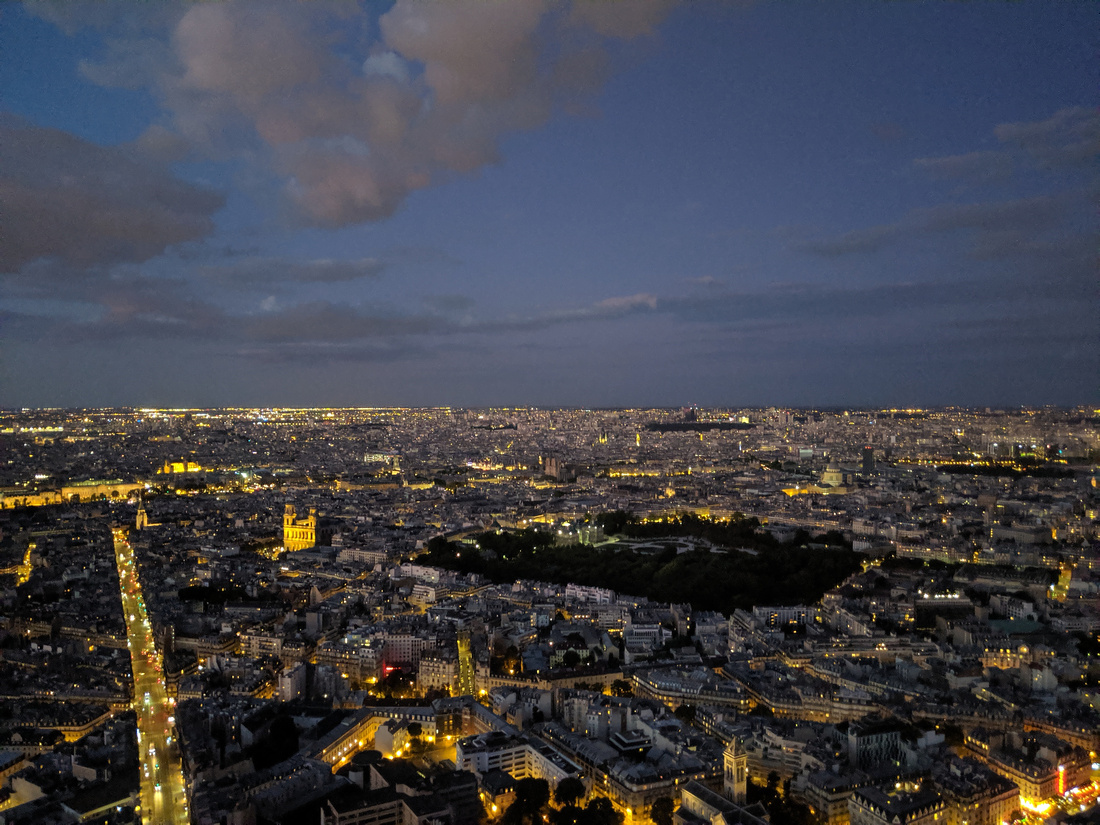 After about a thousand pictures, we head back down to the river to catch the 10pm boat tour. We were able to see the 10pm sparkle and then the tour ended right at the 11pm sparkle. Despite being a bit cold on the cruise, it was really a nice ride wandering through much of Paris.

Exhausted? Us too. Off to bed and a sleep in the next day to recover from that day! 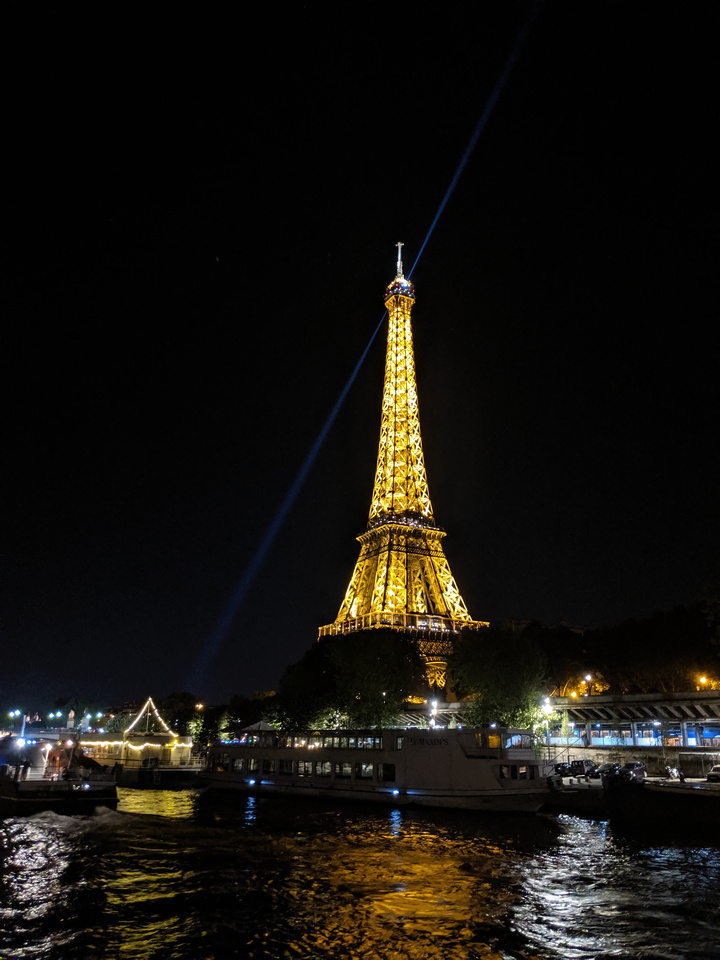