The northern part of Italy and southern part of Austria has been the most beautiful place we've ever visited, so when we realised we were just a short train from the Italian Alps, there was no where else we'd rather be.

While we've never specifically visited this town in Italy (Bolzano), we have been to this region once before with Kevin's mom and knew we wanted to come back to explore more, and after today, we still want to come back again.

We started our day wandering straight to the Christmas market to have a quick wander and a quick bite. I'm so glad we chose this over Salzburg, as this was the cutest, most handmade market we've visited so far. Booth after booth of locals and their handmade crafts, jewelry, and treats. This is exactly what you want a Christmas market to feel like. I knew I would buy a little something, so I made note of the booth I wanted to return to and we heaheaded to our next adventure. 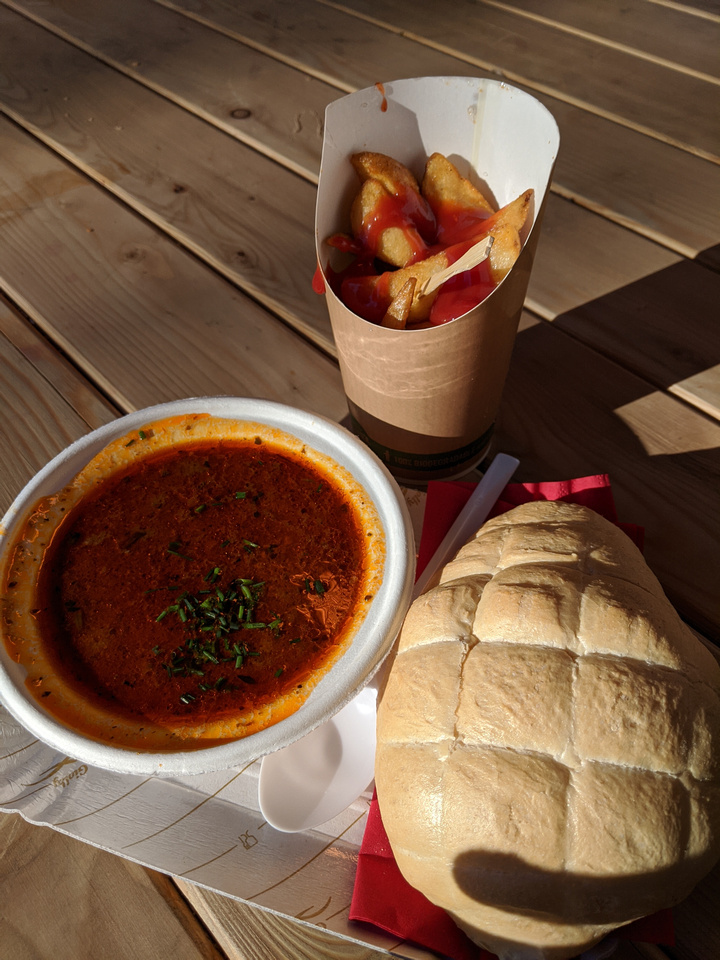 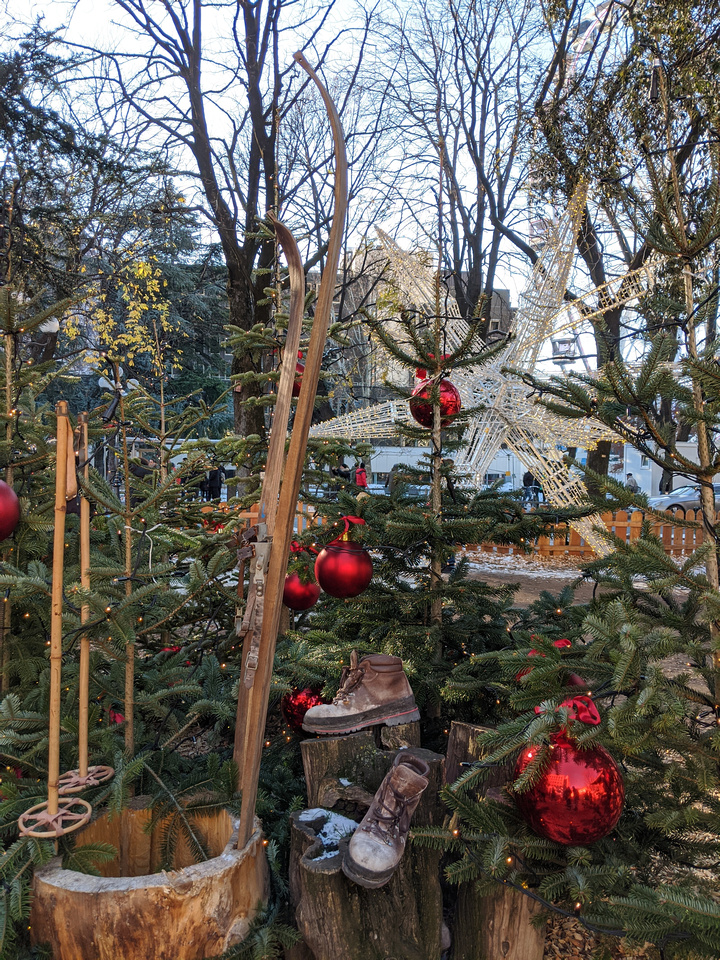 Funivia del Colle... Cable car into the Alps. I'm not sure why I always seem to be the one to find these things, because Kevin then always has to ride it (and I have some serious anxiety getting on them). I can't explain why, but my legs become jello. Kevin always reminds me that I shouldn't be scared, cause 'he is afraid of heights and he's fine'. As if it's one or the other! He jumps around taking pictures while I'm frozen to the seat.

Regardless, the views are always out of this world and is always worth the touch of anxiety. And boy, were the views worth it. A short climb to the observation deck and we had a 360 view of the Italian Alps. Some snow covered and some that look like spring. Such a beautiful site. 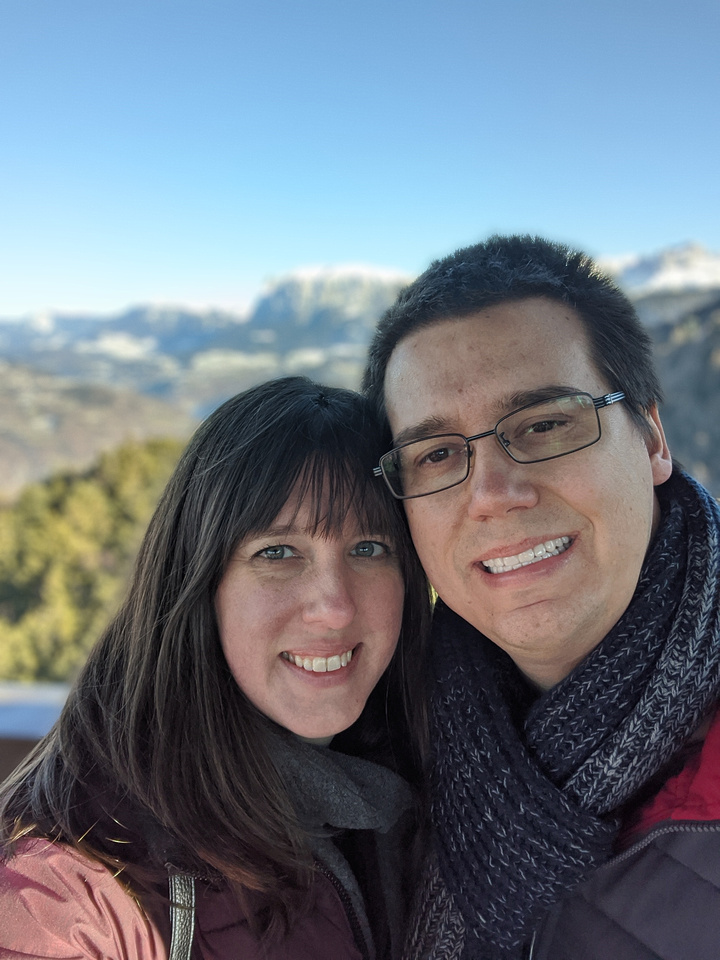 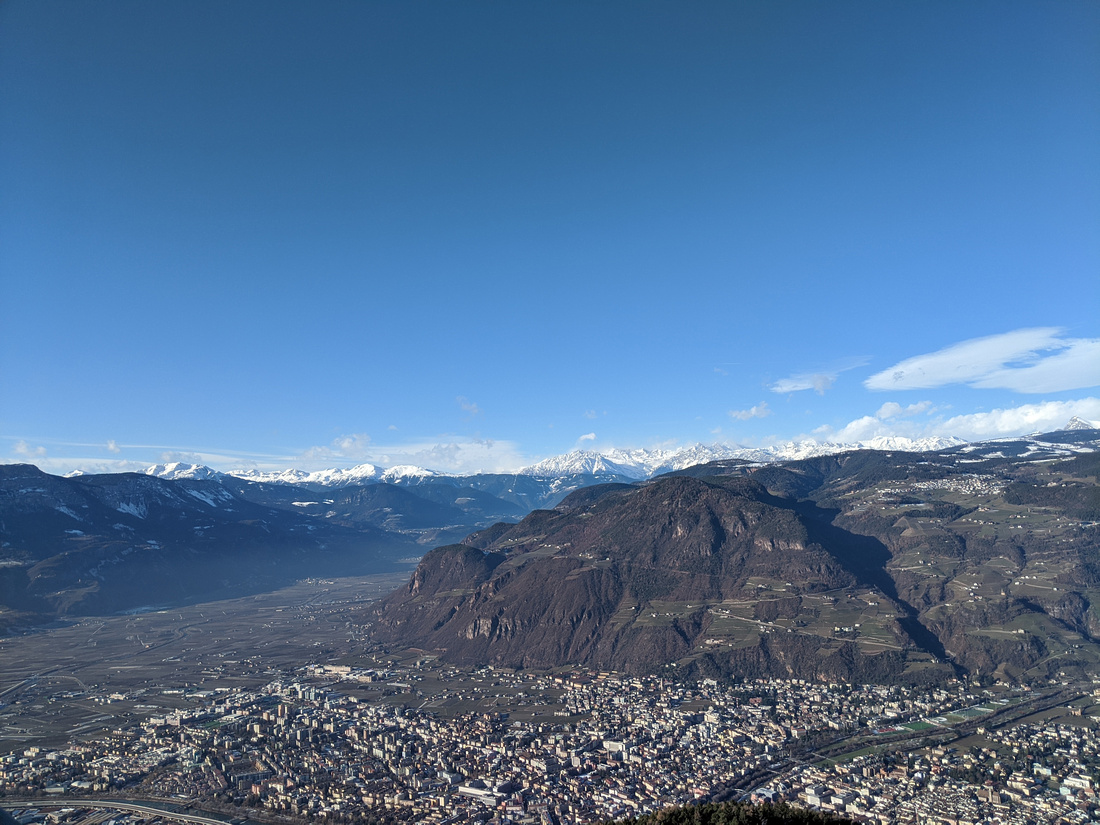 Ride back down and dash to the Museum of Archaeology - the 5300+ year old Iceman is housed here. They found him in 1991 in the Alps - completely mummified in the ice. At the time they didn't realise his significance, and assumed he was a lost hiker from a couple years ago. Only to discover he likely walked the earth over 5000 years ago. He was almost perfectly preserved in the ice and since discovery they have kept him preserved. No pictures allowed, but Google it. It's weird..

Weirdest part? He still had his skin. It's crazy how the ice preserved him to still have skin. You could see his tattoos even. Plus they have decided he was murdered. He had an arrowhead in his arm, huge gashes on his hands and skull fractures. All of the warrior items he was found with were damaged as if there was a struggle. Longest unsolved mystery ever. My favourite part? There was a sign that said "forensic experts claim that because they weren't the first on the scene all the evidence was destroyed". Homeboy was murdered 5000 years ago. The evidence did not exist.

Anyways... We now only had about an hour before our train home, so we found some quick food (street pizza!) and wandered back to the market to pick up my trinket. At this point we were so cold anyways, that we were ready to be on the warm train. 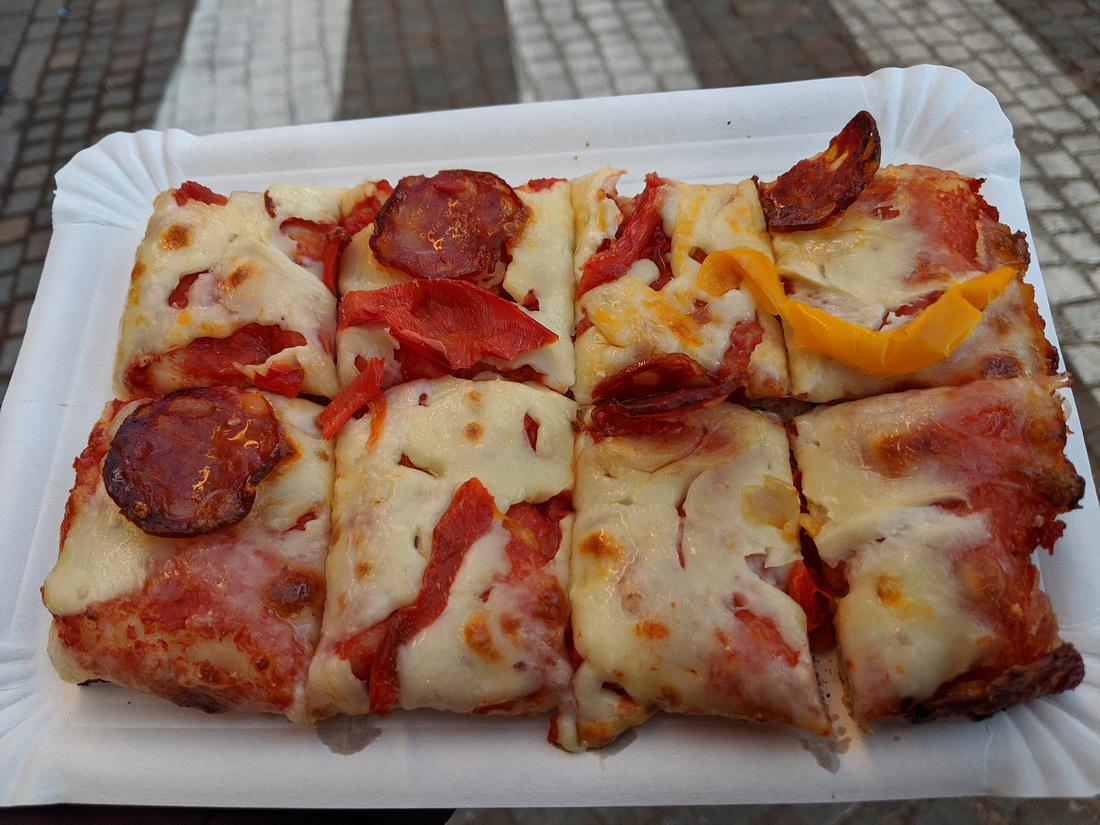 Home to pack now, because tomorrow we fly home. We are ready to sleep in our own bed, have normal outdoor temperatures, and a home cooked meal.  But sad to leave this winter wonderland and beautiful mountain view from our living room. :(

Especially after this evening curled up on the couch with my sweet husband watching the Geminid meteor shower from our living room window. Normally we can't even see the stars living in the city, so being able to see the constellations (big dipper anyone?) and watching the shooting meteors behind the mountains is a pretty special memory.

Night vision pictures aren't great, so here is one with the big dipper prominent and then the original. Impossible to take pics of the falling meteors... But they were there <3 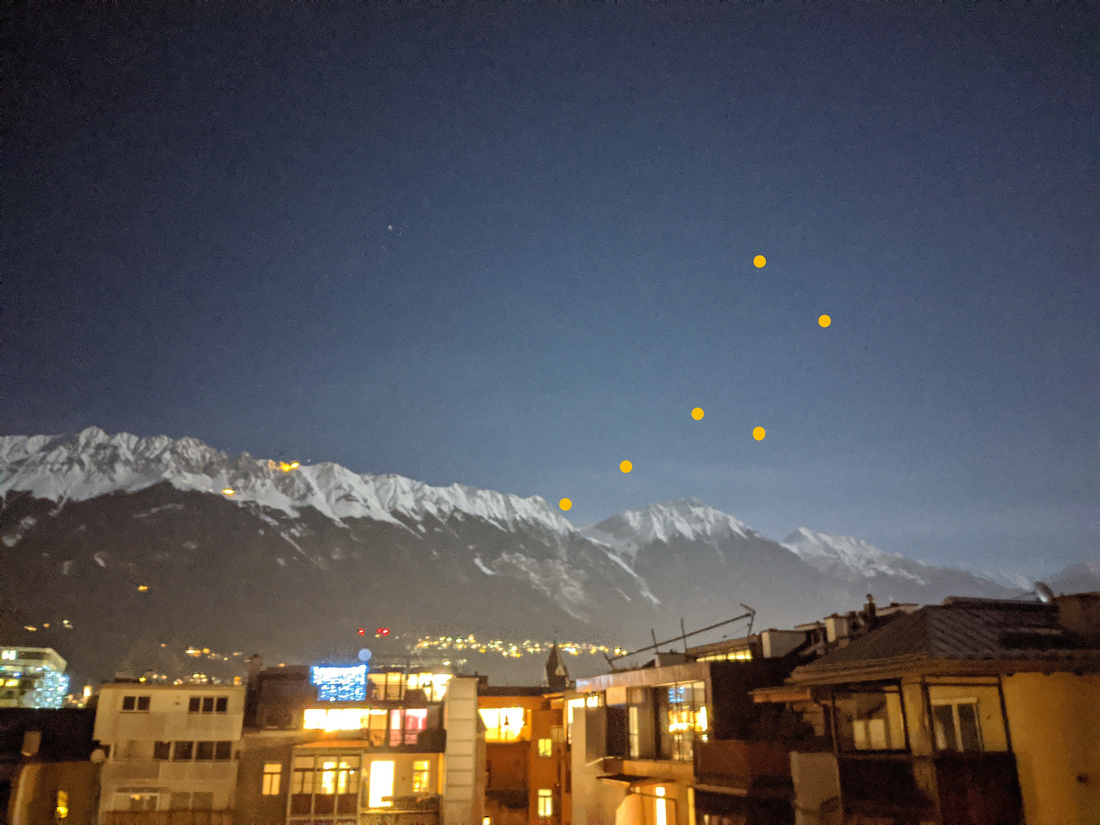 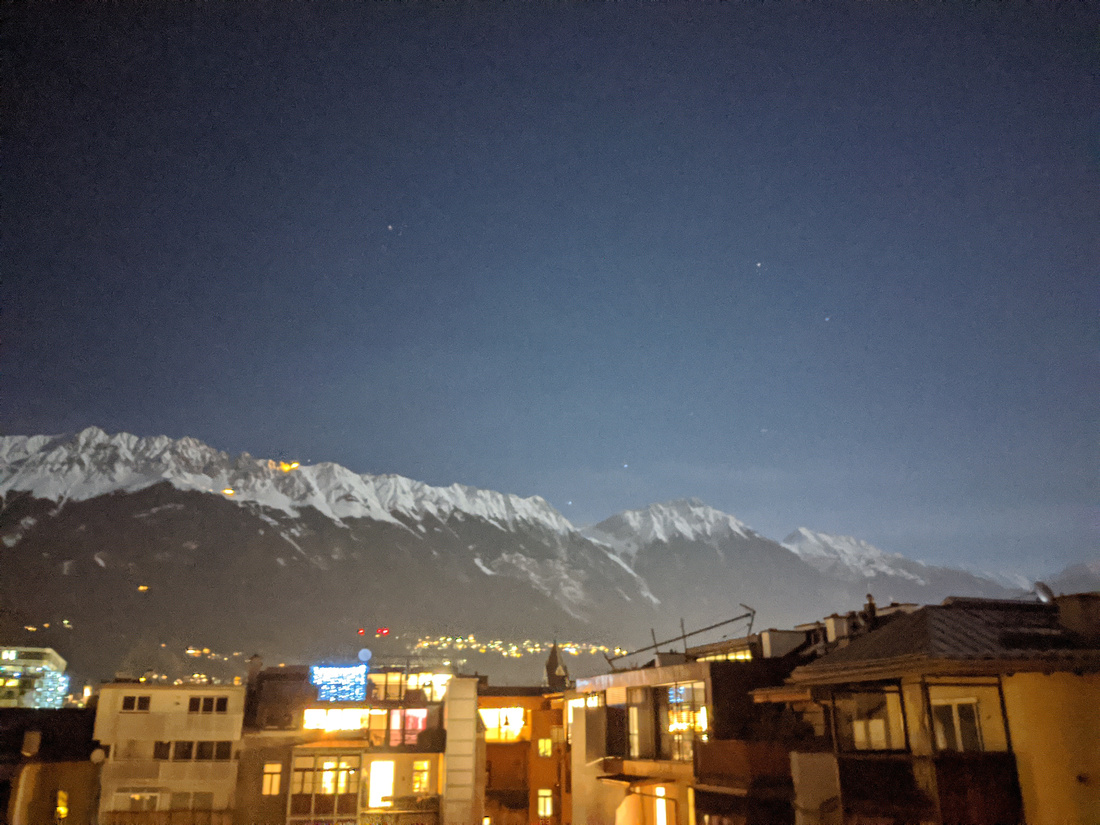 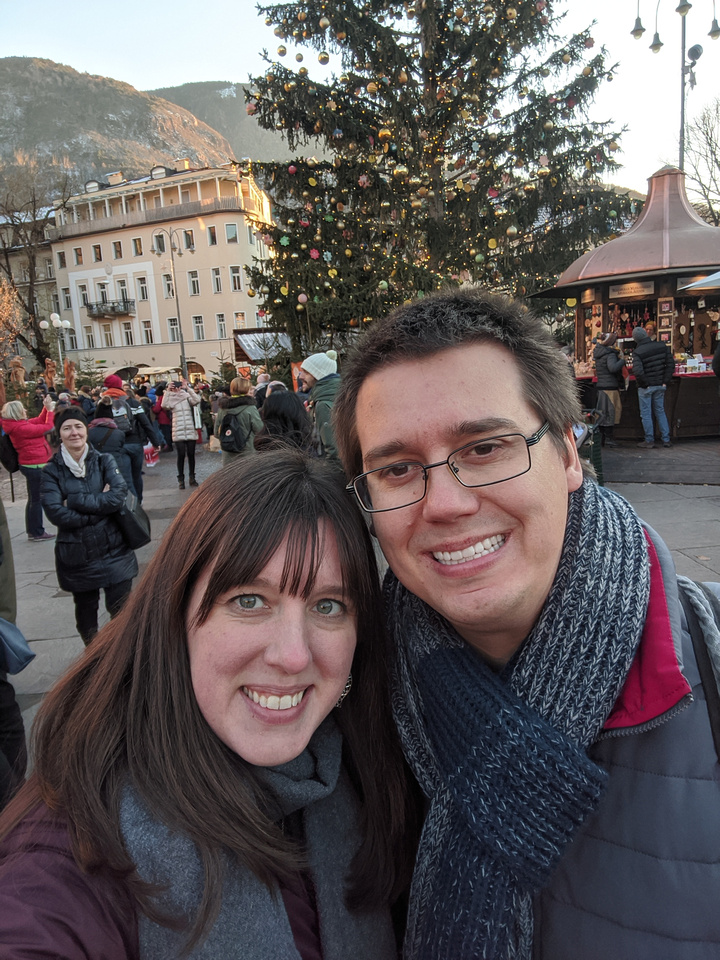